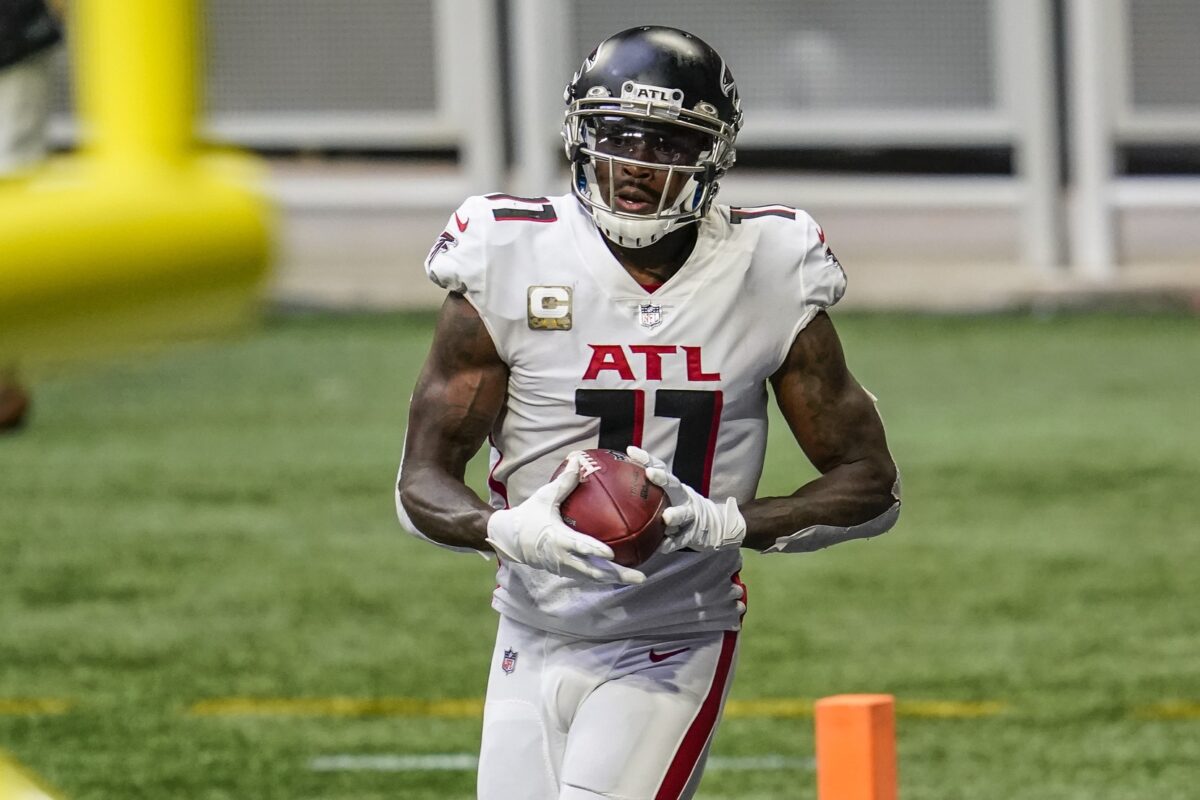 Atlanta Falcons wide receiver Julio Jones will miss Sunday’s matchup against the Kansas City Chiefs because of a nagging hamstring injury that’s plagued him for most of the season.

Falcons ruled out WR Julio Jones for Sunday's game vs. Kansas City due to his hamstring injury.

The contest against the defending Super Bowl champions will mark the sixth game that Jones has missed this season because of the hamstring issue that first surfaced early in the season.

Jones last played in the Dec. 6 home loss to the New Orleans Saints and has been limited to just 51 receptions in his nine games for the Falcons in 2020.

That number is far less than the production he’s delivered over the previous six seasons of his career. During that span, he’s broken the century mark for receptions three times and has had no fewer than 83 grabs in a season.

The hope is that Jones can be healthy enough to play in the Jan. 3 season finale against the Tampa Bay Buccaneers.

However, it seems likely that he would be held out of the meaningless contest, considering the Falcons have been out of playoff contention for weeks.