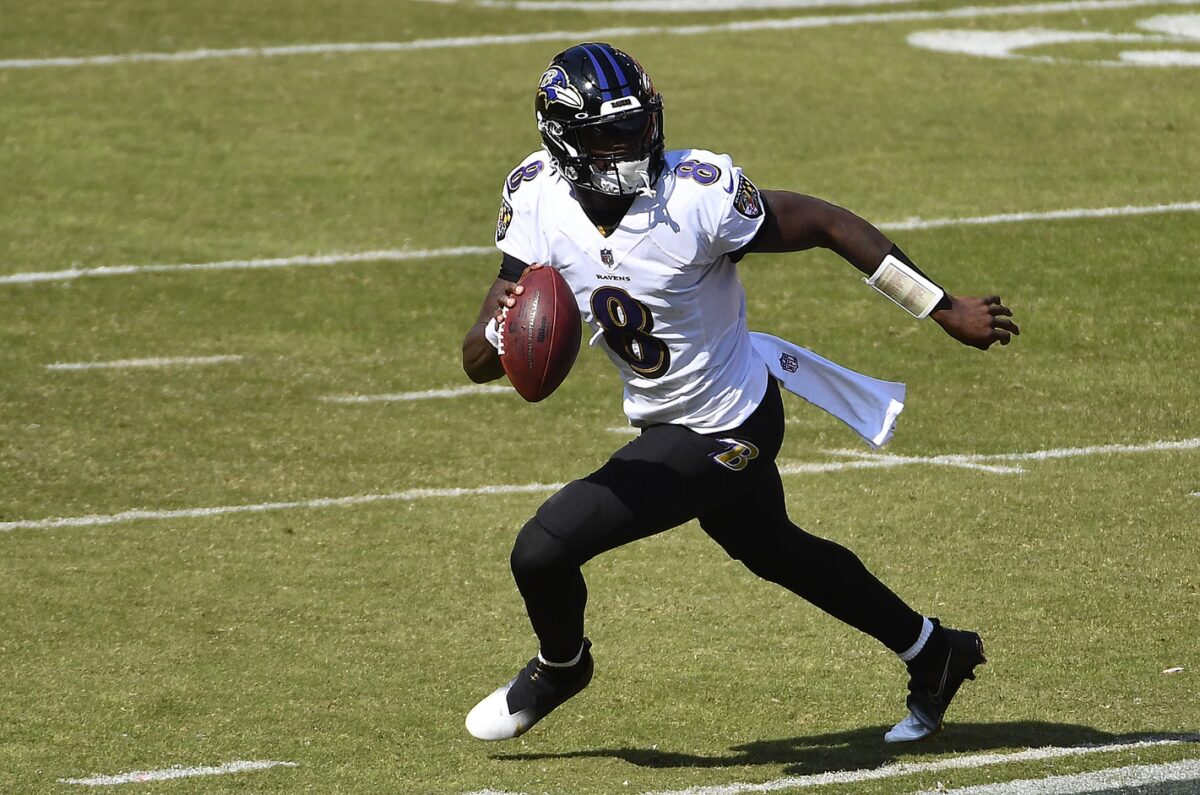 Baltimore Ravens quarterback Lamar Jackson reportedly took a huge step in his recovery from a knee injury by practicing on Friday.

The reigning NFL MVP was sidelined on Wednesday and Thursday, but it looks like he is on track to suit up in the Ravens’ game against the Cincinnati Bengals.

After being out the past two days, Ravens’ QB Lamar Jackson returned to practice today.

Jackson is coming off an unbelievable season in 2019, and he has shown that it was not a fluke by throwing for seven touchdowns over this season’s first four games.

Jackson has added 235 yards and a touchdown on the ground.

He is undoubtedly the best dual-threat quarterback in the NFL, and the Ravens certainly will need him Sunday if they want to take down the Bengals.

The Bengals are coming off their first win of the 2020 season last week. Led by rookie quarterback Joe Burrow, Cincinnati is trying to improve upon its league-worst record from a year ago.

The Ravens are 3-1 on the season with their lone loss coming to the Kansas City Chiefs.