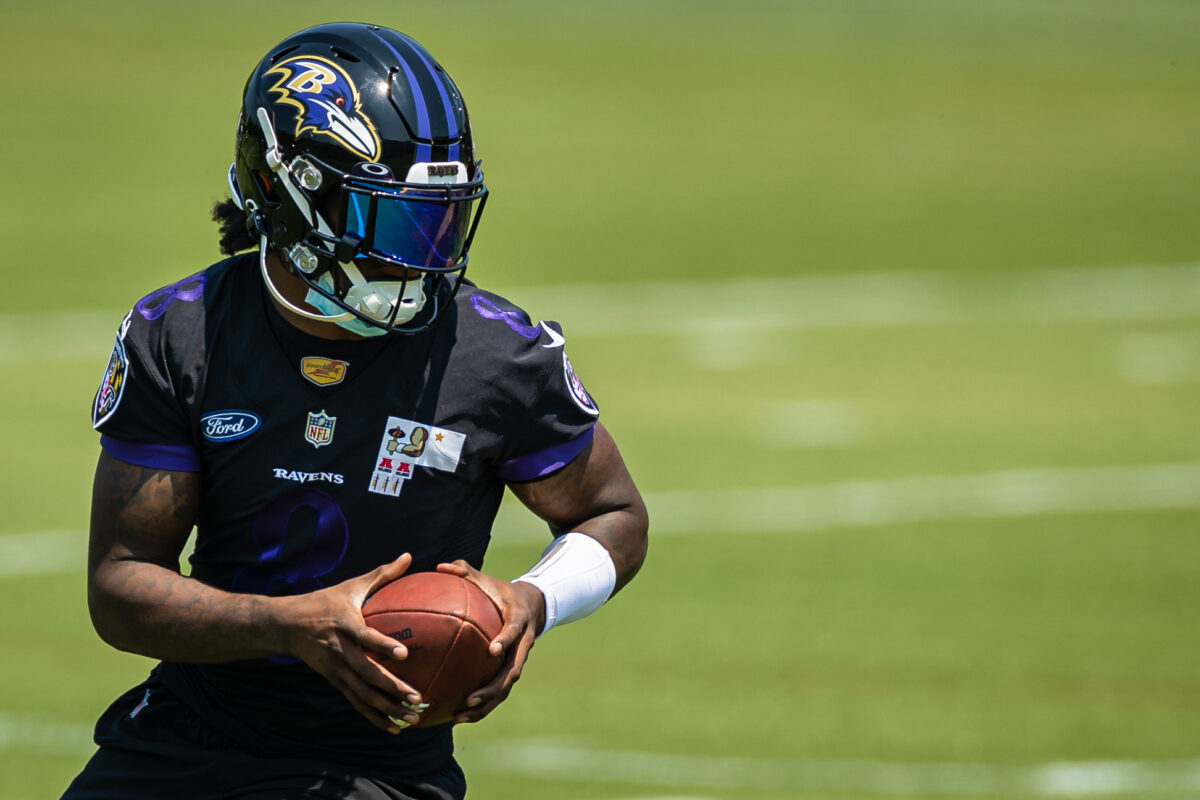 While he wasn’t competing against NFL talent, his physical skills were still wholly evident.

Lamar does it all 😈

MAN OF THE PEOPLE

Jackson showcased his elite athletic ability in the video by looking like a natural fit at each position. It doesn’t come as a major surprise, as he has shown that he is one of the most agile quarterbacks in NFL history by leading the league in yards per rushing attempt in each of the past two seasons.

Despite the impressive nature of the video, it seems unlikely that the Ravens organization would be thrilled to see its franchise player subjecting himself to a potential injury like this. Especially on pavement, it’s very easy for one wrong move to turn into a serious injury.

Jackson will be in the hunt for a massive contract extension in the near future, and he is going to need to protect his body if he wants to ensure that he gets the figure he’s looking for.

Jackson is about to enter his fourth NFL season, and he surely has set his sights on winning a Super Bowl this season. The team has enjoyed three winning seasons with him calling the shots at quarterback.