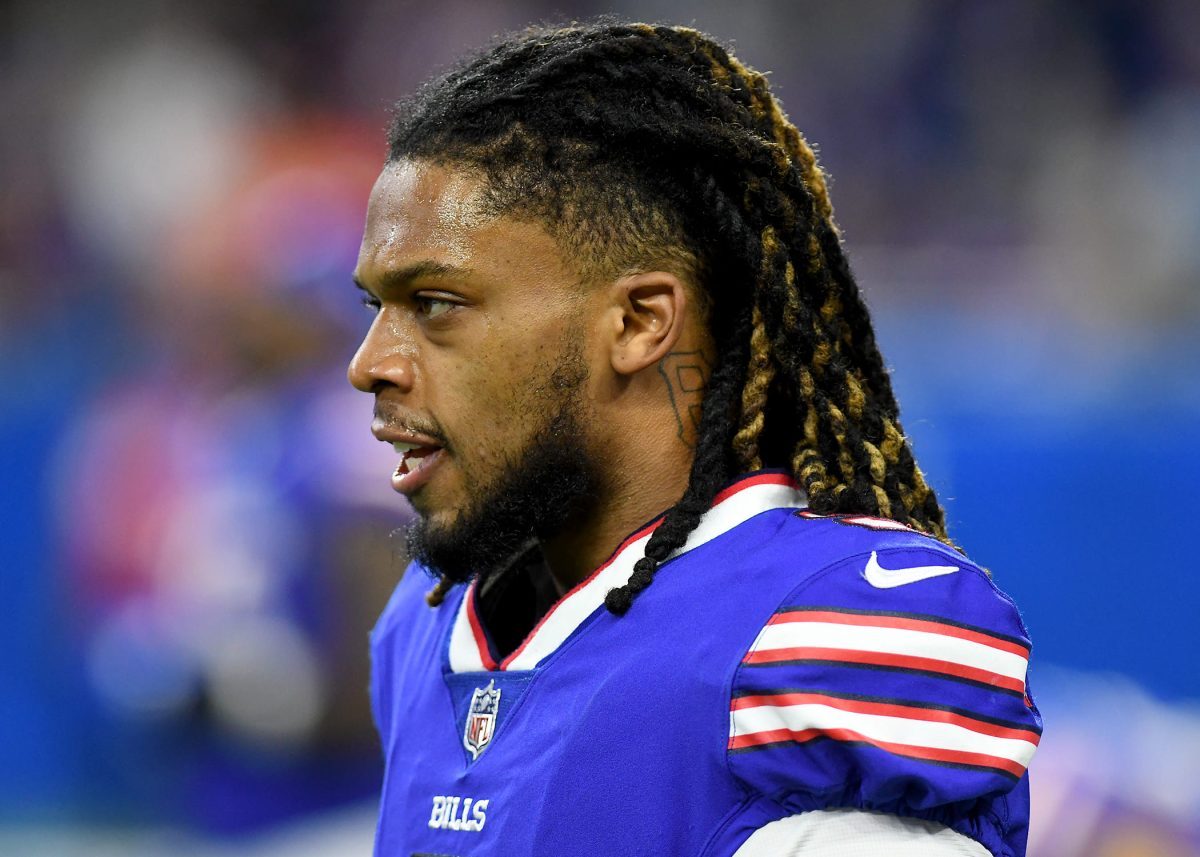 Buffalo Bills safety Damar Hamlin reportedly has begun talking to his teammates and no longer has a breathing tube as he continues to recover from a scary injury suffered on Monday night against the Cincinnati Bengals.

Hamlin reportedly can breathe on his own now after needing a breathing tube since Monday night. It’s a great step forward in his recovery.

A blessing: The breathing tube is out of Damar Hamlin as of this morning and he has begun talking to Buffalo Bills teammates again. Hamlin has had a breathing tube in body through his throat since Monday night, but no longer needs it and can breathe fully on his own. https://t.co/C021XSOJsu

Damar Hamlin FaceTimed into our team meeting today to talk to players and coaches.

What he said to the team: “Love you boys.” ❤️ pic.twitter.com/8dorrWNaxt

Hamlin was injured on a play against the Bengals trying to tackle wide receiver Tee Higgins.

The Bills safety was unresponsive on the field and had to ultimately be administered CPR before being taken to the hospital. It was one of the scarier injuries that one could see, and players were visibly worried and shaken up by Hamlin’s condition.

Hamlin has been recovering since Monday night, and the NFL announced that the game between the Bills and Bengals will not be resumed or made up this season.

The NFL announces that the #Bills–#Bengals game won’t be resumed.

It was a smart decision by both teams and the league to not continue the game on Monday night, as Hamlin’s health was by far the most important thing for the league to be focused on.

When Hamlin woke up from a medically induced coma, he reportedly asked in writing if the Bills had won their game against Cincinnati.

From all accounts, Hamlin appears to be a model teammate who is beloved by the Bills organization.

A sixth-round pick in the 2021 NFL Draft, Hamlin has really come into his own in the 2022 season.

After appearing in 14 games as a rookie, Hamlin has been thrust into a starting role this season, getting the starting nod in 13 of his 15 games.

The 24-year-old has compiled 91 combined tackles, six tackles for loss, 1.5 sacks, two passes defended and one forced fumble. He’s been key for the Bills with safety Micah Hyde missing most of the 2022 season on injured reserve.

The Bills and NFL have to be encouraged by the updates surrounding Hamlin’s health, and the hope is that he continues to get better with more treatment.

Buffalo still has a Week 18 game against the New England Patriots and a playoff run ahead of it, and the team will likely be playing for Hamlin the rest of the 2022 season.