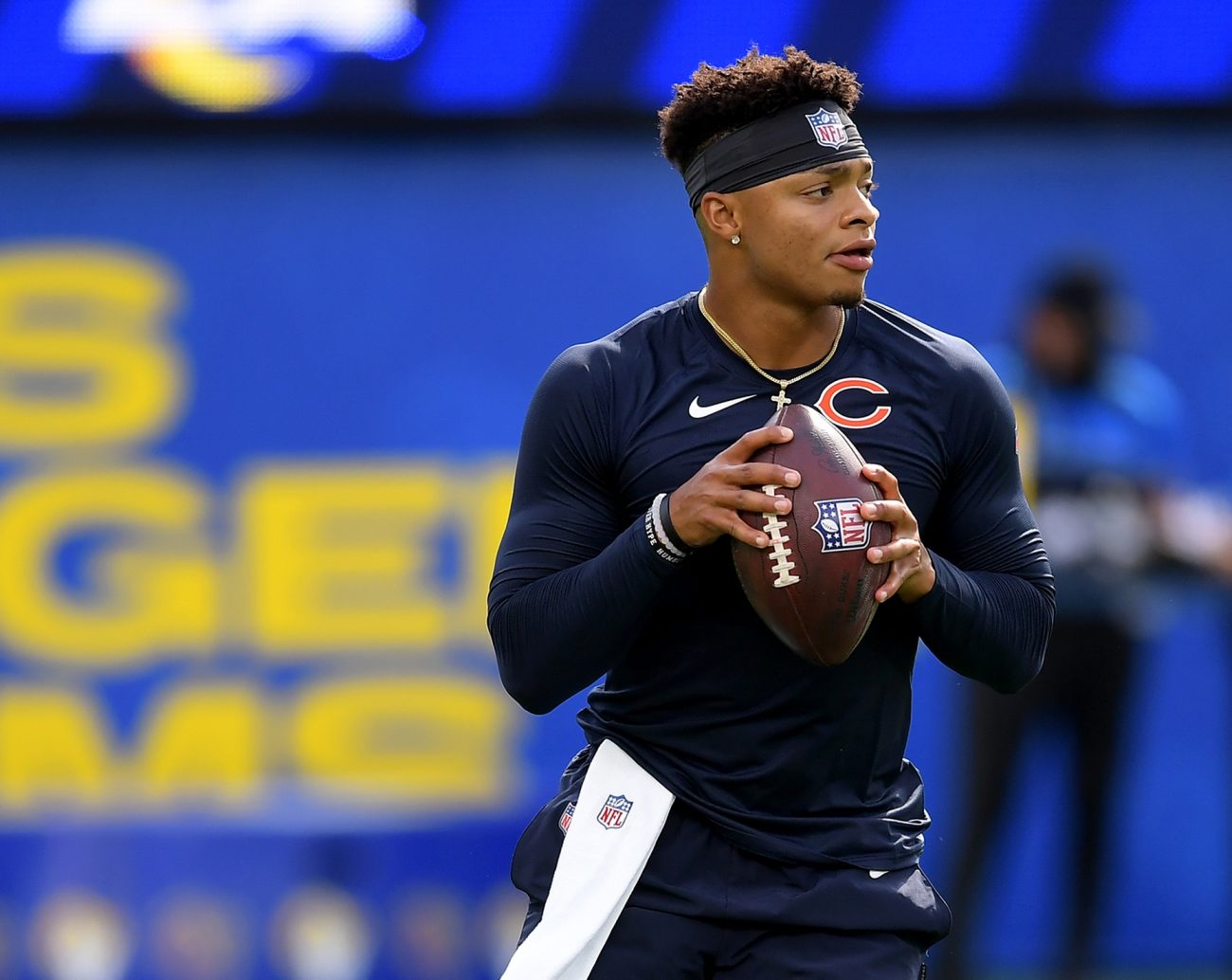 Even though Chicago Bears rookie quarterback Justin Fields is the team’s quarterback of the future, he took issue with fans who chanted his name and booed fellow Bears quarterback Andy Dalton during a recent preseason game.

The booing of Dalton was in response to the Bears being pounded by the Buffalo Bills in a 41-15 preseason loss, though Dalton did manage to connect on a touchdown pass during his time of the field.

Fields was selected by the Bears with the No. 11 overall pick in the 2021 NFL Draft and is expected to emerge at some point as the team’s starting quarterback.

Until that occurs, the Bears will presumably use the 33-year-old Dalton in that role, with the veteran starting his 11th NFL season.

Dalton is on his third team in as many years. From 2011 to 2019, Dalton played for the Cincinnati Bengals, but played last season with the Dallas Cowboys after the Bengals drafted quarterback Joe Burrow.

The fact that Fields was willing to address the issue in that manner, even though he’s clearly a fan favorite at the moment, shows that he possesses the maturity needed to succeed in the NFL.