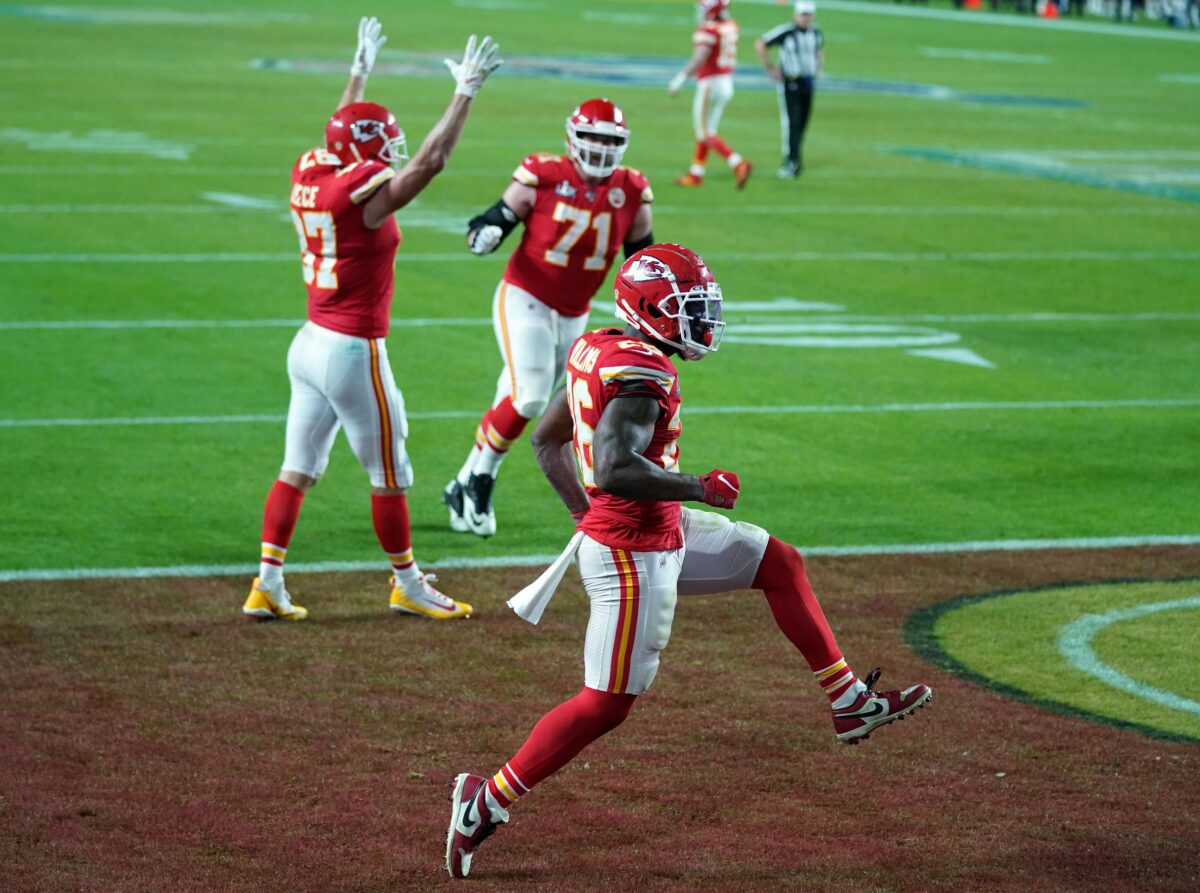 Running back Damien Williams has ended his hiatus from the NFL to sign a one-year contract with the Chicago Bears.

Williams’ signing with the Bears allows him to reconnect with Bears head coach Matt Nagy and the team’s offensive coordinator Bill Lazor, both of whom he played under during his previous NFL stops.

Damien Williams opted out last year because of COVID-19 concerns regarding his mom’s stage 4 cancer. Now, he’s back in Chicago with some friendly faces. https://t.co/6idYZTNpkW

Originally signed by the Miami Dolphins as an undrafted free agent in 2014, the 28-year-old Williams served as more of a receiving option for the team over his four seasons.

He gained just 477 yards on 133 carries and three touchdowns as a member of the Dolphins, but caught 85 passes for 733 yards and six scores.

In 2018, Williams signed as a free agent with the Kansas City Chiefs and proved to be more of a running threat while maintaining his receiving skills during his two seasons.

Williams ran for 754 yards on 161 carries and scored nine touchdowns over those two campaigns, while catching 53 passes for 373 yards and four touchdowns.

During the Chiefs’ Super Bowl victory over the San Francisco 49ers in 2020, Williams closed out his time with the team with a standout performance.

He rushed for a game-high 104 yards on 17 carries and scored both the go-ahead and clinching touchdowns.