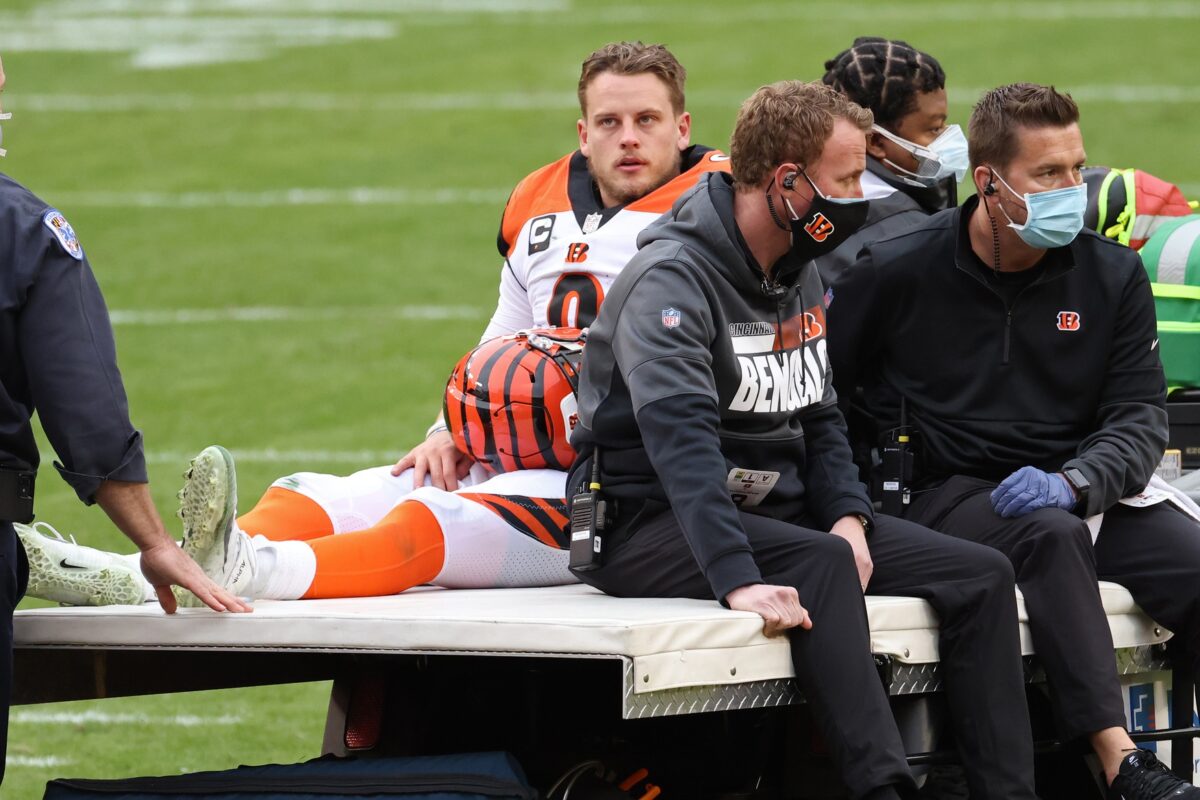 #Bengals QB Joe Burrow suffered a torn ACL based on the initial diagnosis, source said. There may be additional damage. Burrow signaled it with his tweet, but the MRI confirming the injury would end his stellar rookie season.

After being hit by two Washington players in the third quarter of the Bengals’ 20-9 loss, Burrow was ominously carted off the field.

Burrow was the top overall pick in last April’s NFL draft and had given every sign that he was worthy of that selection with a stellar rookie campaign.

Longtime Bengals fans are hoping that this injury to Burrow doesn’t turn out the same way as Greg Cook in 1969. In that instance, Cook injured his arm during his outstanding rookie season and was never able to return as a regular quarterback for the team.