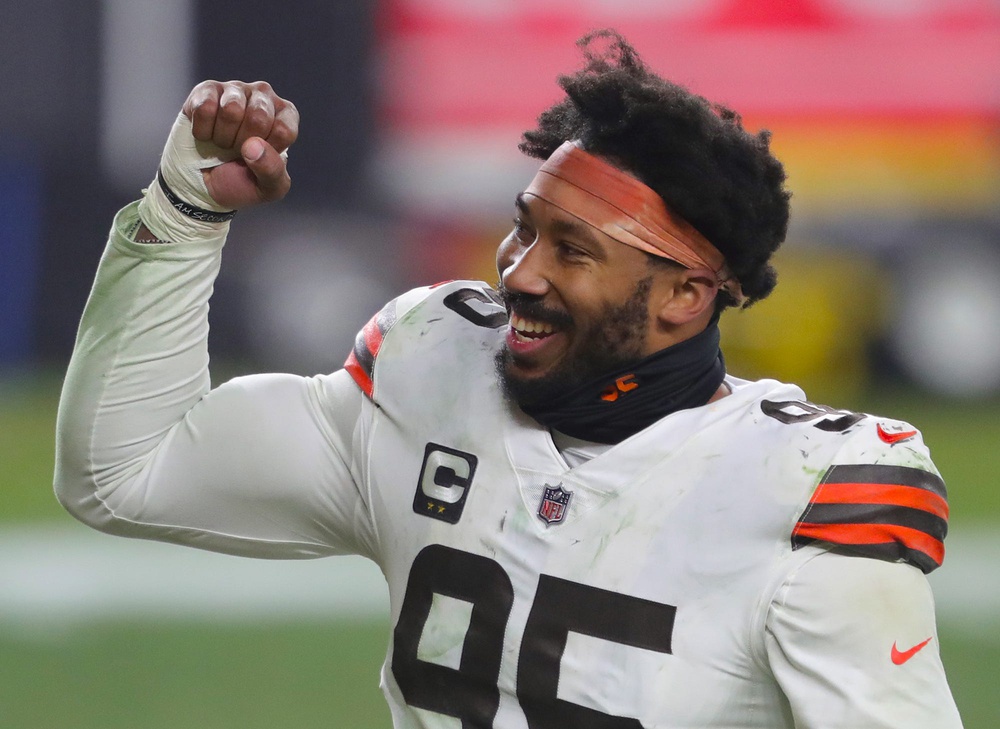 Cleveland Browns defensive end Myles Garrett is eagerly anticipating the prospect of playing with the team’s new acquisition, Jadeveon Clowney, offering a strong endorsement while jokingly noting the similarities between the two players.

#Browns Myles Garrett knows that Jadeveon Clowney will get after it just like he does pic.twitter.com/FS4ie7njlL

“He’s (Clowney) looking forward to it, and so am I,” Garrett said. “I know this guy’s aggressive. He always gets after it, and he’s got a motor. He’s fine attacking, plays run well and he’s a good pass rusher. He’s an athletic specimen like someone I know on the Browns. So, it’ll be fun.”

Garrett was asked about Clowney during the unveiling of a mural that he had commissioned in downtown Cleveland that shows off some of the team’s past sports superstars.

#Browns Myles Garrett in front of mural he commissioned. pic.twitter.com/QThM2SXvxB

Clowney, like Garrett, was once the top overall pick in the NFL draft, though Clowney’s production has dipped in recent years. That drop is a key reason why the Browns are his fourth different team in as many seasons.

The Browns signed Clowney earlier this month as they look to build on their first playoff season since 2002, hoping that the 28-year-old can regain the form that resulted in three selections to the Pro Bowl.

Garrett has had three consecutive seasons in which he’s reached double digits in sacks and has clearly established himself as one of the top defensive linemen in the NFL.