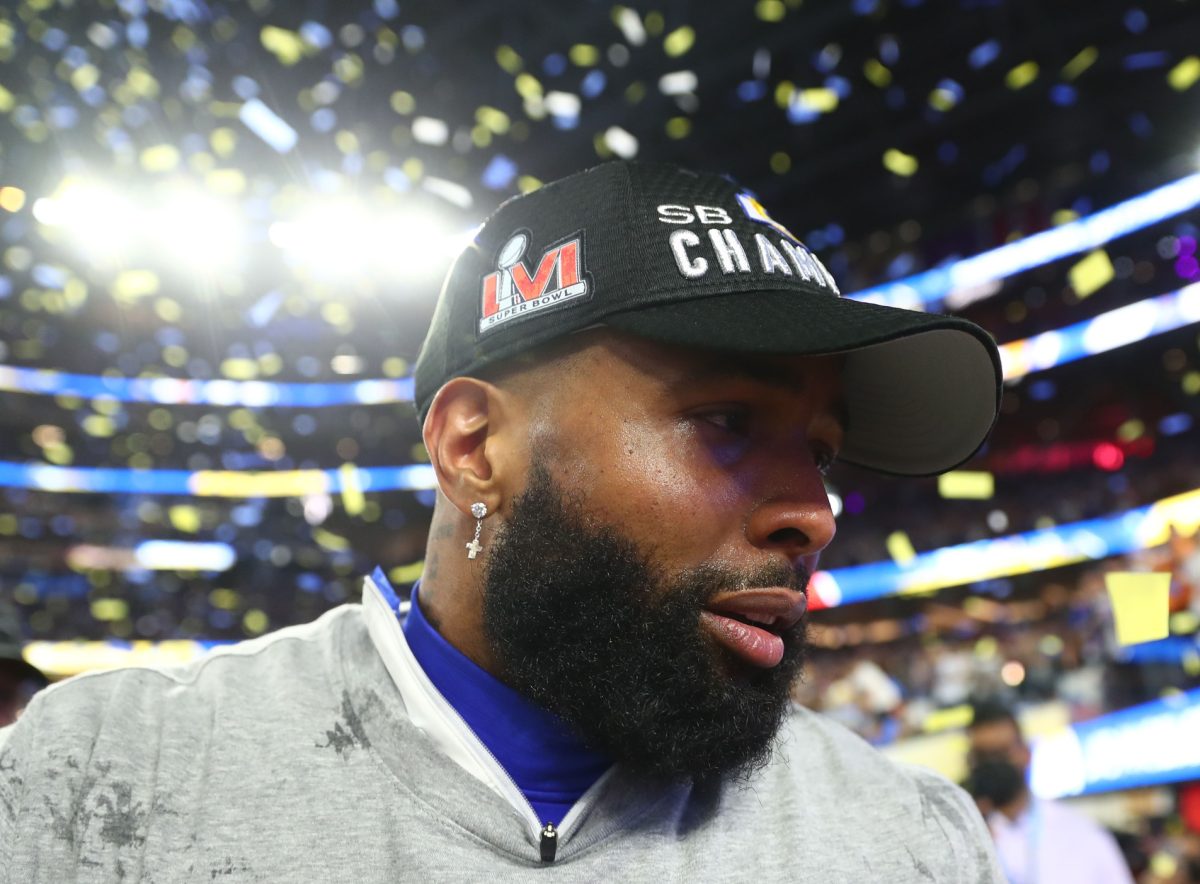 Some NFL fans are anxious to learn which team will win the Odell Beckham Jr. sweepstakes, and according to one NFL executive, there’s a good chance that the Dallas Cowboys will be the victors.

Only time will tell if the star wide receiver heads to Texas to play for one of the NFL’s marquee franchises. There are also reportedly other suitors who could still be in the mix. But according to the executive, Dallas is the most likely landing spot for the veteran.

Here’s what one executive on a team linked to Odell Beckham Jr. said this weekend about a potential landing spot for the free-agent WR: “It sounds like it will be Dallas. If you’re in Vegas, your 2-1 favorite is the Cowboys and everyone else is 5- or 6-1.”

The Cowboys have been one of the top teams in the league this season. They currently sport a record of 8-3, which ranks behind the Philadelphia Eagles in the NFC East. Even so, their offense could use a boost to improve their chances of catching up to Philadelphia in the standings.

An area that the organization has to consider upgrading is its receiving corps. Its receivers have done an admirable job this season, particularly CeeDee Lamb. The Pro Bowler has caught 64 passes for 857 yards and five touchdowns.

But beyond the 2020 first-round draft selection, the team could use some more star power at the position.

For that reason, the rumors linking Beckham to the Cowboys make a lot of sense.

The 30-year-old veteran could be exactly what the team needs. After all, he is a three-time Pro Bowler who has won a Super Bowl.

Of course, Beckham is likely past his prime. No team should expect him to perform like he did during his first three years in the league when it was routine for him to have over 1,300 receiving yards and score at least 10 touchdowns in a season.

In addition, he has dealt with some serious injuries in recent years.

Regardless, several franchises are vying for his services, signifying that teams still perceive him as an impactful player.

One of the several organizations that could give the Cowboys a run for their money is the New York Giants. Notably, Beckham’s first team in the NFL was the Giants. He played five seasons in New York before getting traded to the Cleveland Browns in the 2019 offseason.