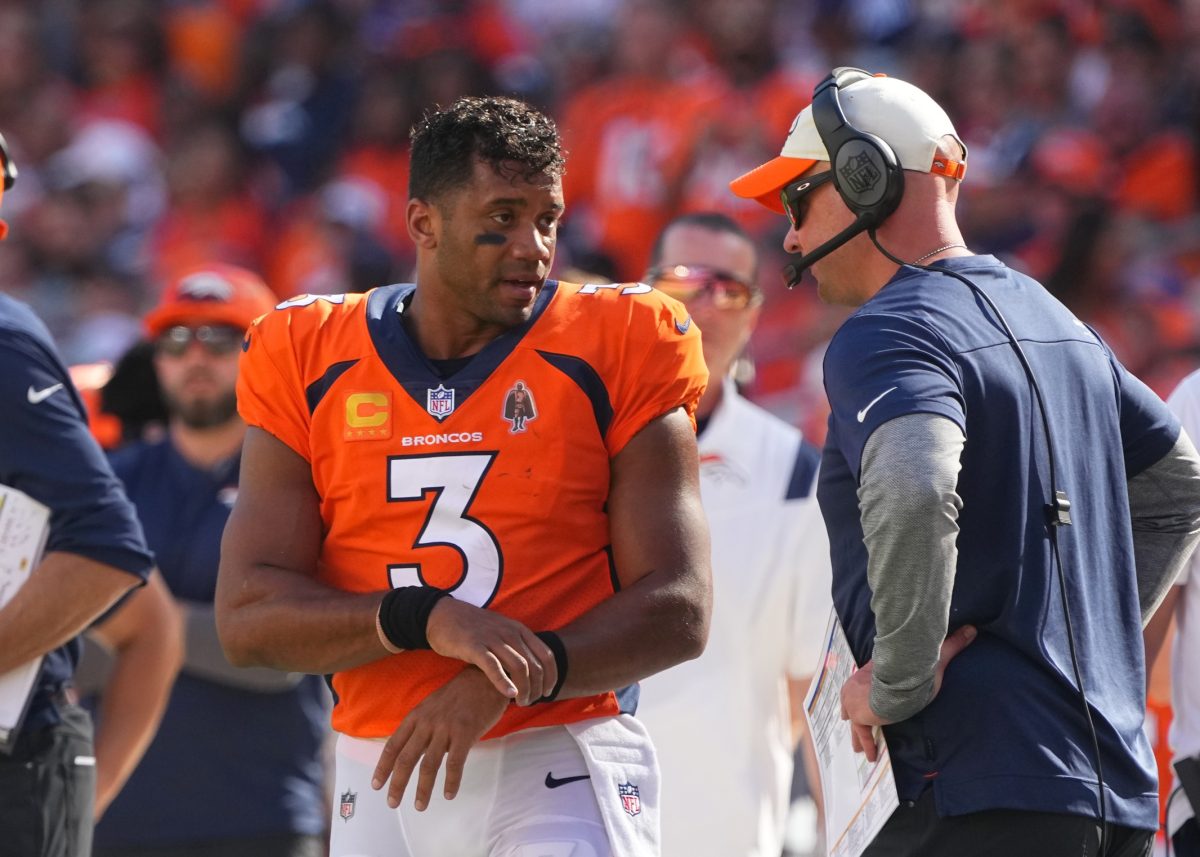 The Denver Broncos have a very important game coming up on Sunday against the New York Jets, and they will have to try to beat them without the help of starting quarterback Russell Wilson.

Broncos head coach Nathaniel Hackett plans to sit Wilson despite the passer’s desire to play. Wilson is currently dealing with a hamstring injury, and Hackett wants to allow his star to properly heal.

While Russell Wilson wanted to play despite a hamstring injury and did everything he could to play, the Broncos HC Nathaniel Hackett will hold back the 9-time Pro Bowl QB vs. the Jets to allow him to heal and prevent a lingering injury, per sources.

Brett Rypien gets the start. pic.twitter.com/UR11TisM8S

Hackett and Wilson have both been under fire for most of the season, as the Broncos are 2-4 through their first six games. On multiple occasions, Hackett has seemed unprepared for the challenges that come with being a head coach in the NFL.

He’s currently in his first season as Denver’s head coach after spending the previous three seasons as the Green Bay Packers’ offensive coordinator.

As for Wilson, he’s also currently in his first season with the Broncos. He was acquired by the team from the Seattle Seahawks in a blockbuster offseason trade.

The nine-time Pro Bowler hasn’t been his usual self, and he’s only completed 58.6 percent of his passes this season for 1,442 yards, five touchdowns and three interceptions.

Denver’s offense has faltered this season as a result of Hackett’s and Wilson’s struggles. Right now, Denver averages only 15.2 points per game, the lowest total in the entire league.

Just last month, the Broncos agreed to a massive five-year, $245 million extension with Wilson. If things continue the way they have been going, that contract might end up becoming one of the worst in the entire league.

Backup quarterback Brett Rypien will take Wilson’s place on Sunday. Rypien has one career start, and it actually came against the Jets during the 2020 season. In that game, he completed 19 passes for 242 yards, two touchdowns and three interceptions.

He only threw a total of two passes last season, but he completed a total of 44 passes for 441 yards and one touchdowns in three games for the Broncos during the 2022 preseason.

Having lost three straight games, Denver desperately needs to get things back on track with a win on Sunday. It is set to travel to London to take on the Jacksonville Jaguars in Week 8 before having its bye week in Week 9.