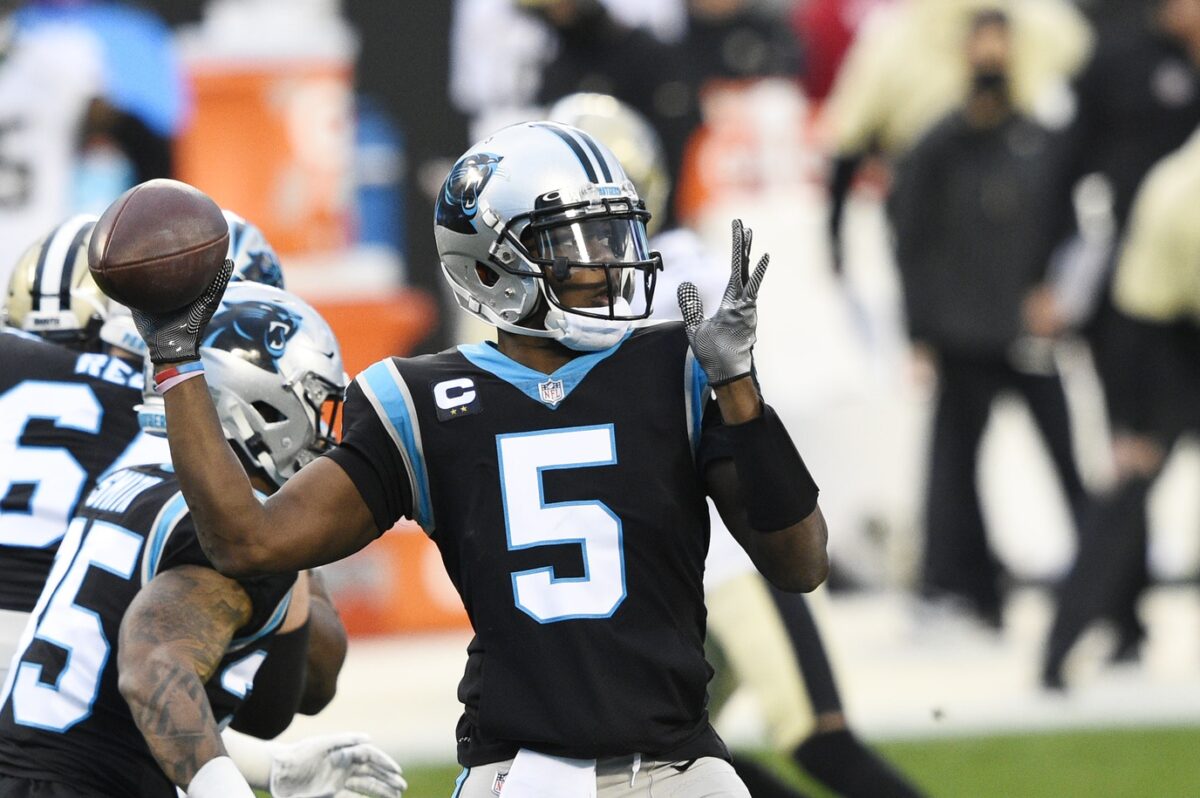 The Denver Broncos have acquired veteran quarterback Teddy Bridgewater from the Carolina Panthers in exchange for a six-round draft pick in this week’s NFL draft.

Panthers are trading to QB Teddy Bridgewater to the Broncos for a sixth-round pick, as @TomPelissero reported.

Trade does not take Denver out of QB market Thursday night, per source.

During the 2020 season, second-year signal-caller Drew Lock started 13 games for the Broncos, but managed only a 4-9 record in those starts.

Bridgewater, who was originally drafted with the final pick in the first round of the 2014 NFL Draft by the Minnesota Vikings, will be joining his fourth NFL team and looks to finally get back to his early promise.

That promising start to his career was cut short in 2016 as a result of a training camp injury in which he tore his ACL and dislocated his knee, forcing him to miss the entire regular season and play in just a single game the following year.

After that 2017 campaign, Bridgewater moved on to serve as a backup to Drew Brees with the New Orleans Saints. During the latter of his two seasons there, Bridgewater led the Saints to a 5-0 record while starting in place of Brees.

Last season, Bridgewater started 15 games for the Panthers and while he threw for 3,733 yards and 15 touchdowns, the team lost 11 of his 15 starts.

Given the fact that the Panthers are paying 70 percent of Bridgewater’s 2021 salary and received minimal compensation for him, it seems likely that salary cap concerns are at the heart of the deal.