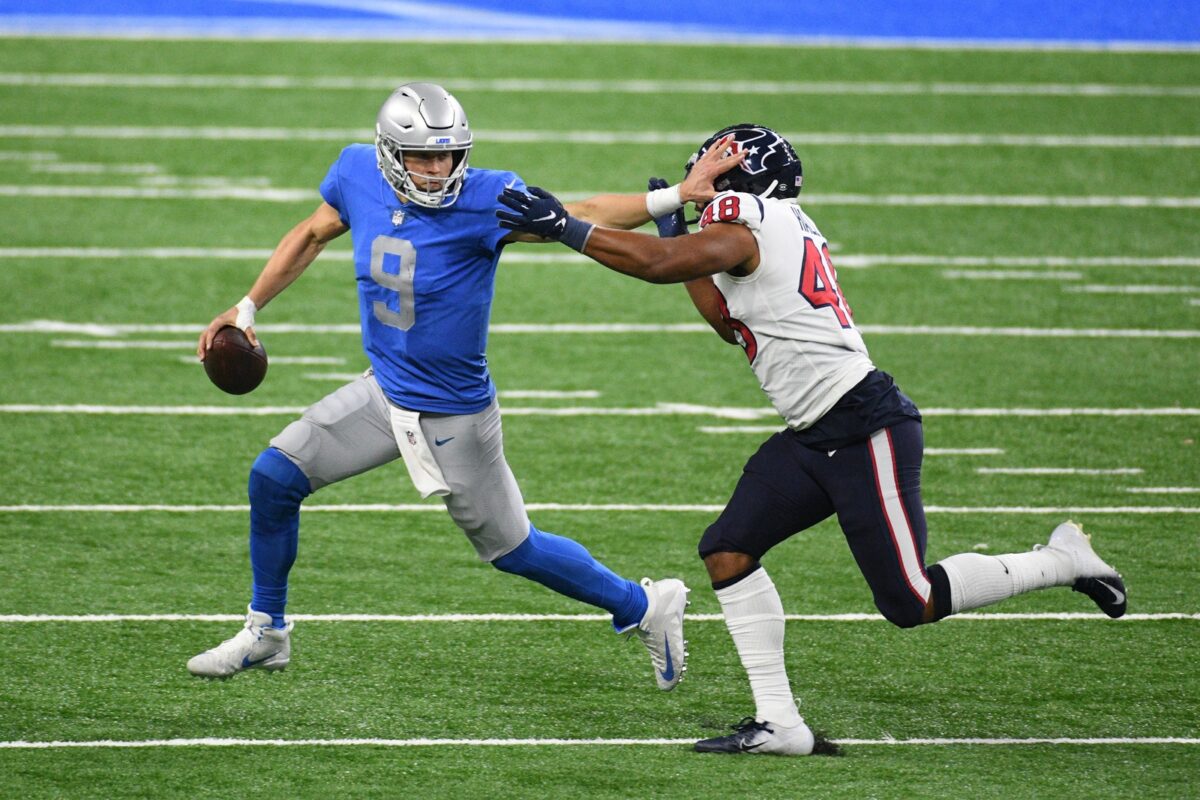 The Detroit Lions have announced updates to their weekly injury list, with three players officially ruled out of Sunday’s game against the Chicago Bears.

Wide receiver Kenny Golladay has been dealing with a hip injury and will miss his fifth consecutive game and seventh for the 2020 campaign. In the contests he has played this season, Golladay has grabbed 20 passes for 338 yards with two touchdown receptions.

On the defensive side, defensive lineman Da’shawn Hand (groin) and cornerback Jeff Okudah (shoulder) have been ruled out of Sunday’s action.

Another pair of key offensive performers, quarterback Matthew Stafford and running back D’Andre Swift, are currently listed as questionable for the game.

Stafford has been dealing a thumb injury, while Swift is dealing with the aftermath of a concussion. In the case of Swift, he’s likely to only see limited action if he does play.

Two question marks for the Lions’ defense will be defensive end Austin Bryant, who’s dealing with a thigh injury, and safety Tracy Walker, whose issue isn’t connected to an injury.

The 4-7 Lions will take the field under interim head coach Darrell Bevell, who replaced Matt Patricia after the Lions were thrashed on Thanksgiving Day by the Houston Texans.