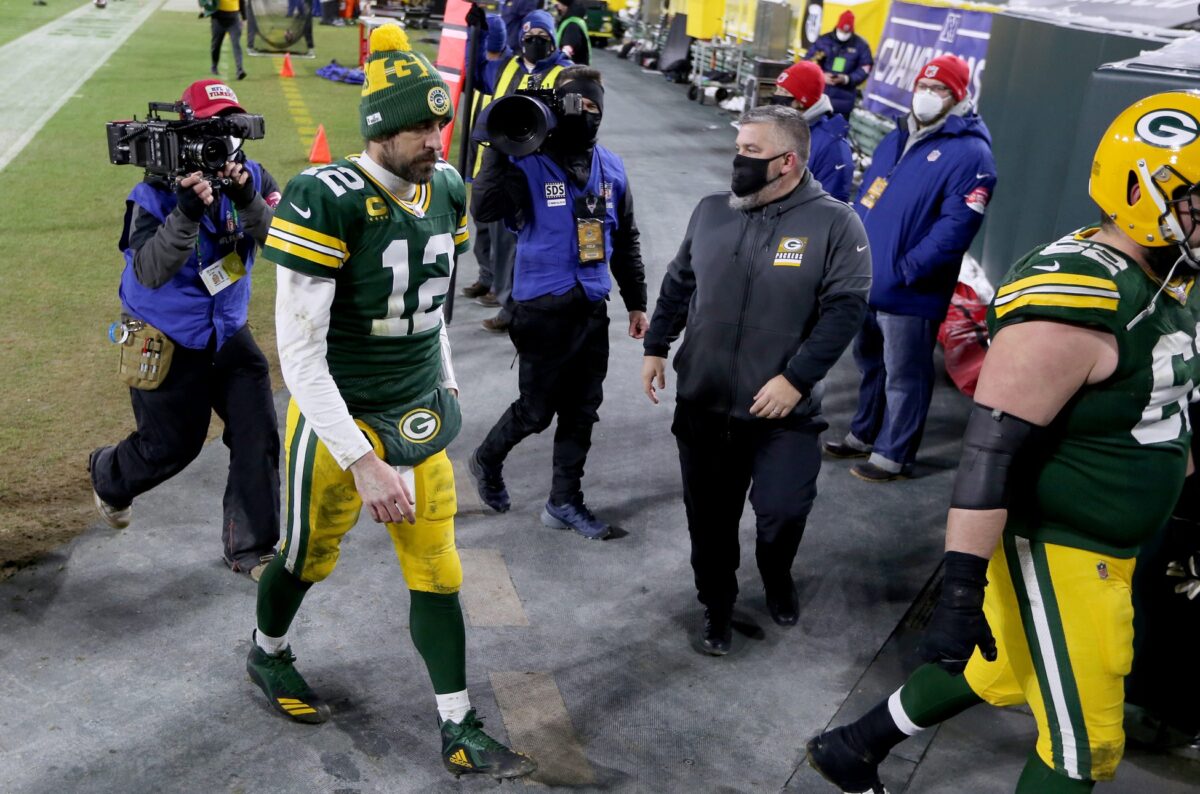 The Green Bay Packers have begun the third phase of their offseason workout program with disgruntled star Aaron Rodgers reportedly still not participating in activities.

“Aaron Rodgers was not among the group of players who reported to Lambeau Field on Monday for the start of organized team activities, a source told ESPN,” wrote Rob Demovsky.

It is still unclear when and how the standoff between the Packers and their longtime franchise player will end.

While Rodgers appears intent to move on from the only team he has ever played for in the league, the Green Bay front office has stated that it does not plan to trade the quarterback. The 37-year-old is under contract until 2024.

Another leverage the Packers have is that Rodgers would be fined a hefty amount if he fails to show up for next month’s minicamp and the training camp after.

The Packers have seemingly made contingency plans in the event that they cannot come to an agreement with Rodgers. Earlier this month, the team signed veteran Blake Bortles to a one-year deal. It also brought in practice player Kurt Benkert and still has 2020 first-round pick Jordan Love on the roster.