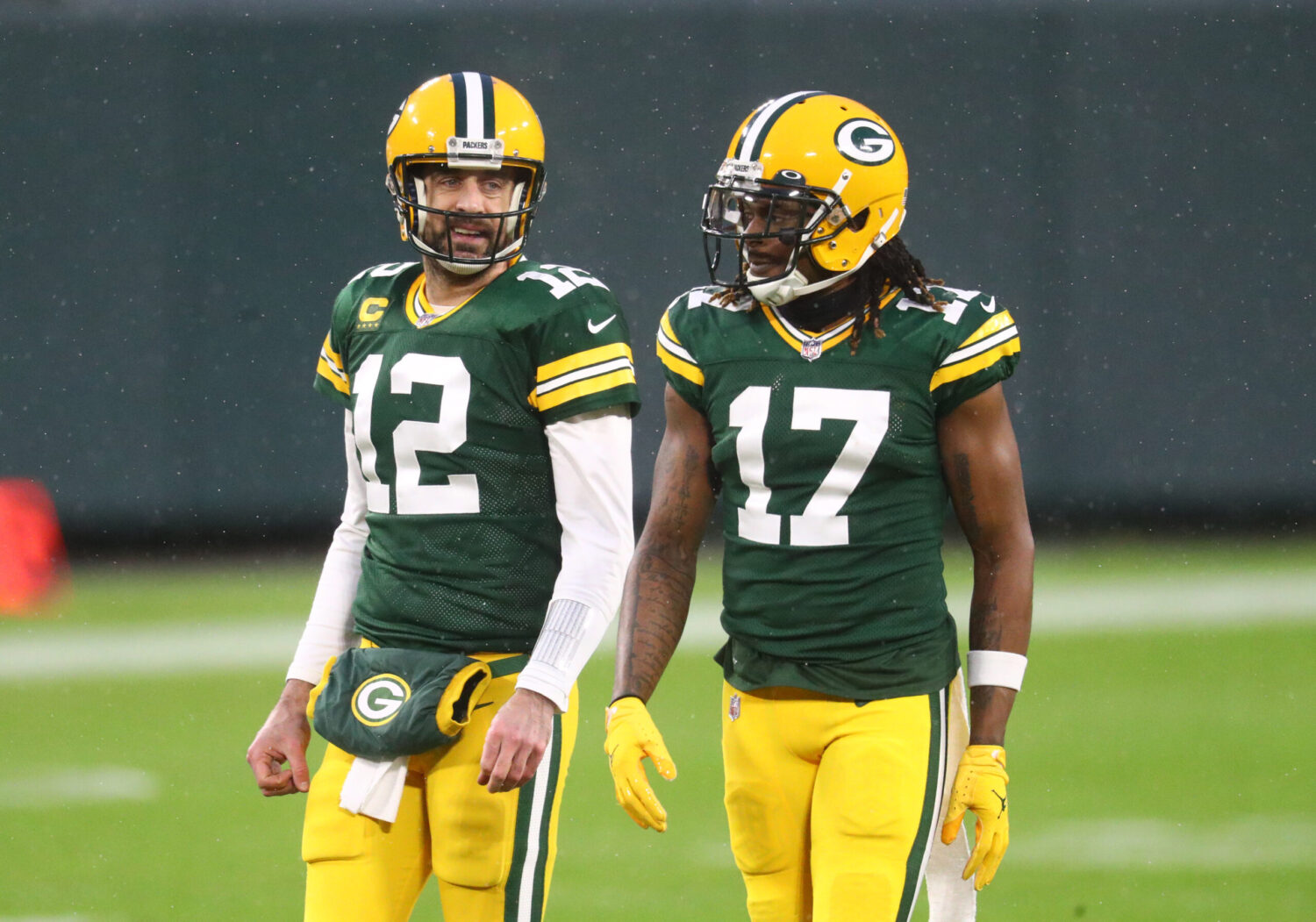 Green Bay Packers quarterback Aaron Rodgers is reportedly nearing a return to the team for the 2021 season.

The new agreement, once finalized, would help set up Aaron Rodgers’ departure from Green Bay after this season, per sources. https://t.co/NojVojcHjy

With Rodgers looking like he will be back in the fold, Packers star wideout Davante Adams reportedly is willing to reopen negotiations on a contract extension.

With Aaron Rodgers expected to return to Green Bay while giving the Packers more cap room, Davante Adams now is willing to listen to any contract discussions the team would like to have, per sources. Adams open to a deal.

Adams, who is a free agent at the end of the 2021 season, had broken off talks with the team with the uncertainty around Rodgers’ future.

Now, it appears the star wideout and quarterback could be reunited for the 2021 season and possibly beyond.

Rodgers, who won the league’s MVP award last season, has been away from the team after frustrations with the organization, but it appears he is willing to put things aside to play for the Packers.

“As Rodgers skipped the team’s offseason program and the mandatory minicamp, the two sides spent months trying to formulate a scenario that would prevent the reigning NFL MVP from missing training camp and this season and would bring him back to Green Bay for what potentially could be his final season as a Packer,” ESPN’s Adam Schefter wrote.

Adams, who caught 115 passes for 1,374 yards and 18 touchdowns last season, will certainly benefit from having Rodgers under center in 2021.

The Packers will open their season on Sept. 12 against the New Orleans Saints.