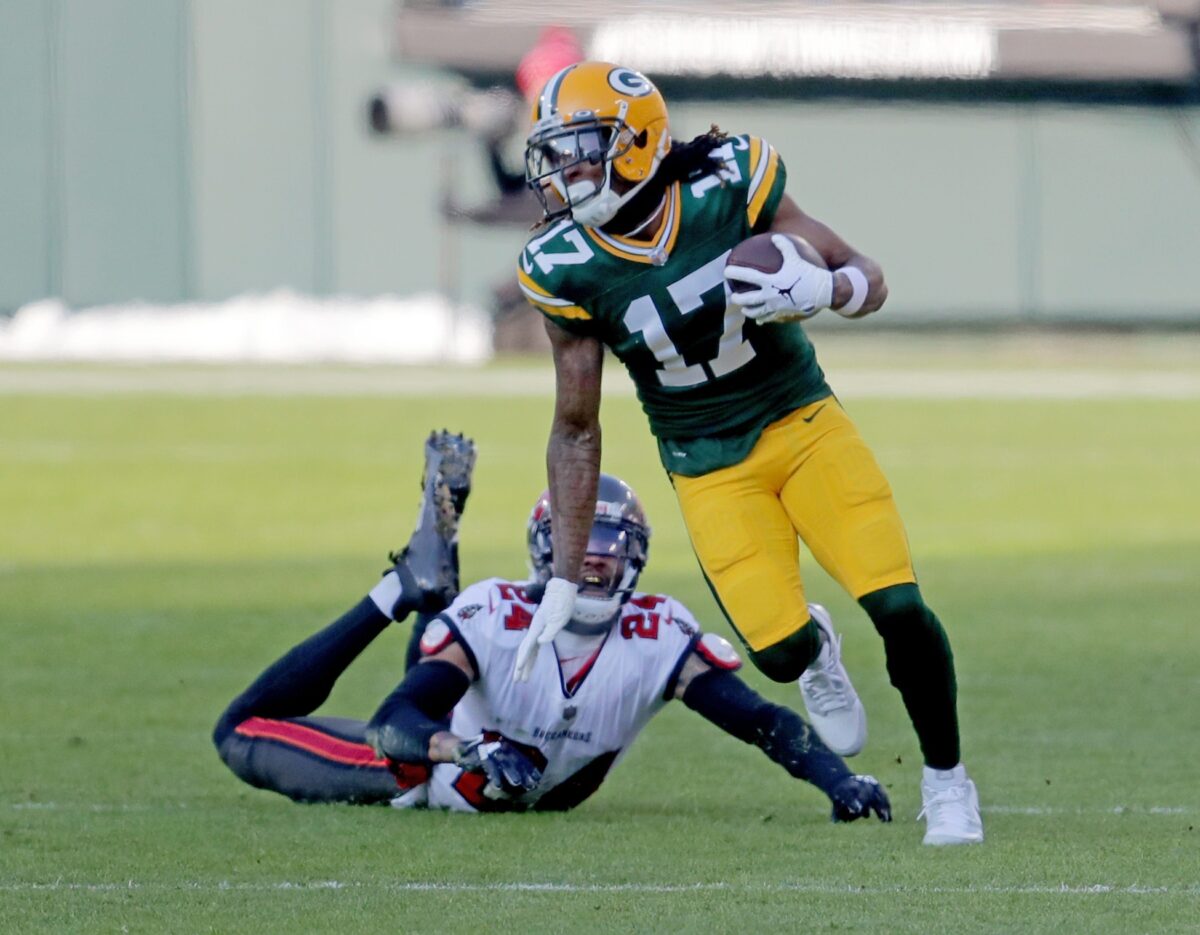 According to a recent report, the Green Bay Packers and star wide receiver Davante Adams have run into a wall with their extension talks and are now in a “bad place.”

It’s not just Aaron Rodgers: The #Packers and star WR Davante Adams have broken off long-term extension talks. There are no current plans to resume them. The two sides have been negotiating for months, but they are now in a bad place, sources say. First the QB, now the No. 1 WR.

Amid a turbulent offseason, this is the last thing the Packers needed. The future of superstar quarterback Aaron Rodgers remains uncertain, and it now appears that a similar scenario is unfolding with Adams.

It’s unclear if Adams’ frustrations with the Packers are related to the team’s fumbling of the Rodgers situation.

The former second-round pick seems to be getting better with age, and if the Packers aren’t able to meet his needs, a different organization will.

Green Bay is still searching for its first Super Bowl title since 2011. The team has the talent to get the job done with its current roster, but with relationships seemingly crumbling, it remains to be seen how the upcoming season will play out.