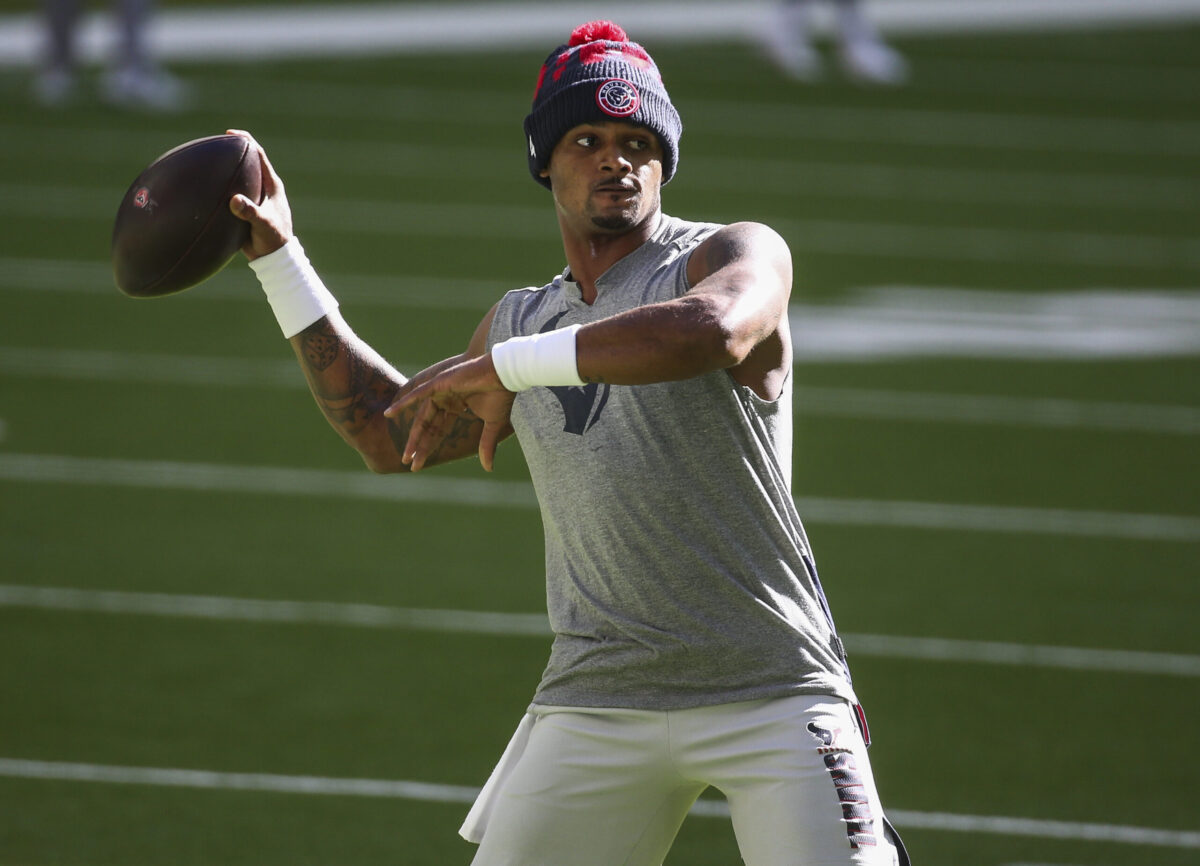 Two of the many women accusing Houston Texans quarterback Deshaun Watson of sexual assault and misconduct recently detailed their frustrations regarding the NFL’s investigation of the incidents.

“This woman asked me what I was wearing, which honestly really pissed me off,” alleged victim Ashley Solis told Sports Illustrated’s Jenny Vrentas. “She explained that that’s something that she has to ask—which I don’t believe at all. I’m not sure what I’m supposed to be wearing that would suggest that I don’t want you to put your penis on my hand. Do I need to wear a turtleneck?”

Solis, 28, was the first woman to file a suit against Watson.

“My forensic interview [with Houston’s Police Department] was very respectful and trauma-informed,” Baxley told Sports Illustrated. “They let me speak uninterrupted, whereas with Lisa Friel and the [other NFL investigator], they would cut me off, they would question things, they would circle back.” Baxley continued to explain her frustrations and said she felt that the investigators were “trying to trip me up. They didn’t, but they were really looking for the weaknesses that they thought they could exploit.”

The NFL’s investigation is still ongoing, and many folks are anxiously awaiting the results. The league’s findings will likely determine whether or not Watson has a future in the NFL.

“To date, 10 of the 22 plaintiffs represented by Houston attorney Tony Buzbee’s firm have done interviews with the NFL, with an 11th scheduled,” wrote Vrentas. “Four additional plaintiffs have also provided sworn declarations to the NFL, given under penalty of perjury, though Buzbee says his firm received a letter from Friel stating that the league would not consider these sworn statements in its investigation. (The NFL’s investigative protocol requires all individuals to sit for a recorded interview for their testimony to be used.)”

The NFL did not make either of the investigators available for interviews with Vrentas, stating that “it is the investigators’ policy not to comment during ongoing investigations.” A league spokesperson emailed a statement to Vrentas and Sports Illustrated.

“We are grateful to the women who came forward to share their experiences, and we recognize how difficult talking about these issues may be as we try to understand the facts of the matter,” the statement read.

Despite his future being up in the air, Watson has been attending training camp. Even if his name gets cleared of all accusations, he seems likely to be traded from the Texans.

In the 2020 season, the former first-round pick led the league in passing yards with 4,823 and added 33 touchdowns. He has been named to three Pro Bowls in his four NFL seasons.