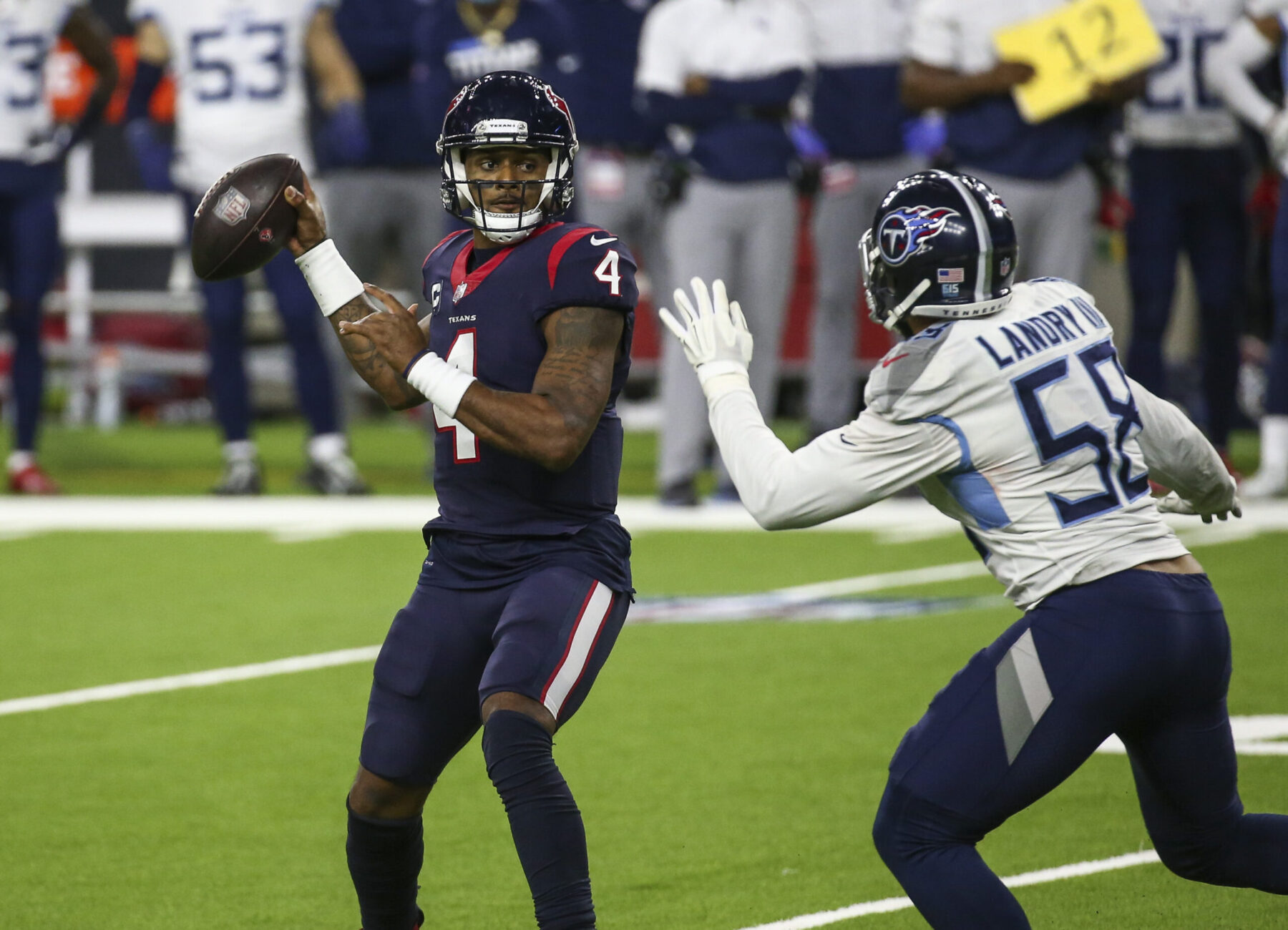 According to a recent report, Houston Texans quarterback Deshaun Watson is going to report to training camp on Sunday, though he still wants to be traded from the organization.

Quarterbacks are reporting today in Houston, and #Texans QB Deshaun Watson is expected to be among them, source said. He’s showing up for testing to begin entry into training camp. However, Watson’s stance about the organization and desire to be traded remains unchanged.

Watson is reportedly showing up to training camp in order to avoid hefty fines.

Quarterback Deshaun Watson will report to the #Texans today to avoid being fined $50K per day during their training camp, according to a source. Watson’s trade request remains in effect with source saying nothing has changed in that regard.

Watson has had an extremely turbulent offseason. After being accused of sexual assault and misconduct by several women, his future in the NFL became a major question mark. The situation has not yet been resolved, and there are no guarantees that he will play professional football again.

Earlier in the summer, it seemed like the Texans were ready to move on from Watson, but he is still a member of the organization as the 2021 season approaches. It remains to be seen how much longer that will be the case.

On the field, Watson has been one of the best quarterbacks in the league in recent years. In four NFL seasons, he has been named to three Pro Bowls. During the 2020 campaign, he led the league in passing yards with 4,823. He also threw for 33 touchdowns while completing 70.2 percent of his passes.

The Texans certainly have a pivotal month ahead, and they may need to find a new quarterback in time for the upcoming season. While Watson wants a trade, it might be a tall task to find a suitor for him.