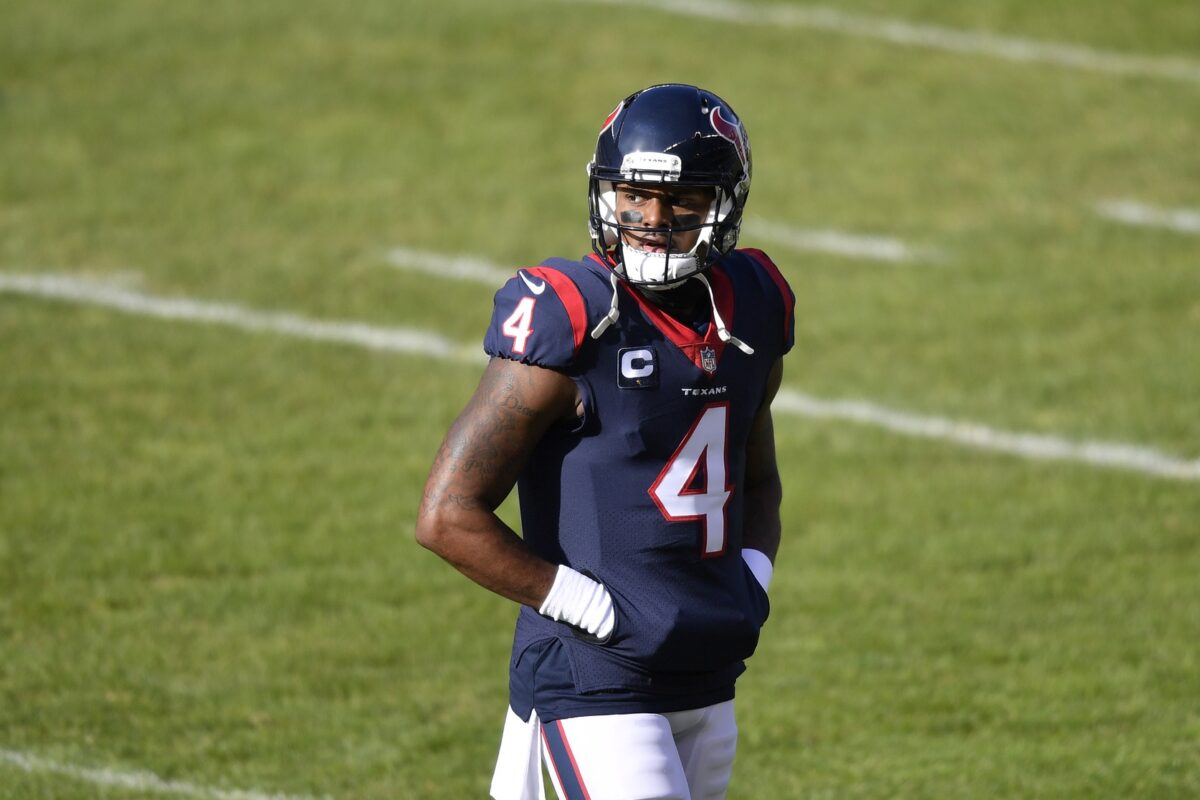 Houston Texans quarterback Deshaun Watson is facing the third lawsuit in a span of just 36 hours, with all of the litigation alleging sexual assault by the signal-caller.

“Three massage therapists have now filed civil lawsuits against Deshaun Watson in a span of 36 hours, each accusing the Houston Texans quarterback of sexual misconduct or assault,” Tom Schad of USA Today reported.

“The third lawsuit, which was filed in Harris County District Court on Thursday morning, alleges that Watson forced a female massage therapist to perform oral sex during a session at an unspecified office building in Houston on Dec. 28. The other two claim Watson touched their hands with his penis during separate sessions over the past year.”

Even before the most recent lawsuit was filed on Thursday morning, Watson had vigorously denied the charges leveled at him by one of his accusers.

Those charges by Watson’s accusers involve serious and very graphic allegations that came during his visits for massage therapy. As of right now, Watson is not facing any criminal charges over the allegations.

The controversies add one more layer to Watson’s chaotic offseason. Previously, an issue had centered around his anger at Texans management for ignoring his opinions on the subject of a new general manager and head coach.

Watson’s anger has reportedly led to his telling new Texans head coach David Culley that he won’t play for the Texans again.

The apparent standoff between Watson and the Texans has led to speculation over where the quarterback will end up, with a number of teams prominently mentioned.

For now, Watson is surely focusing on preparation for the 2021 season and letting his legal representatives handle the pending litigation.