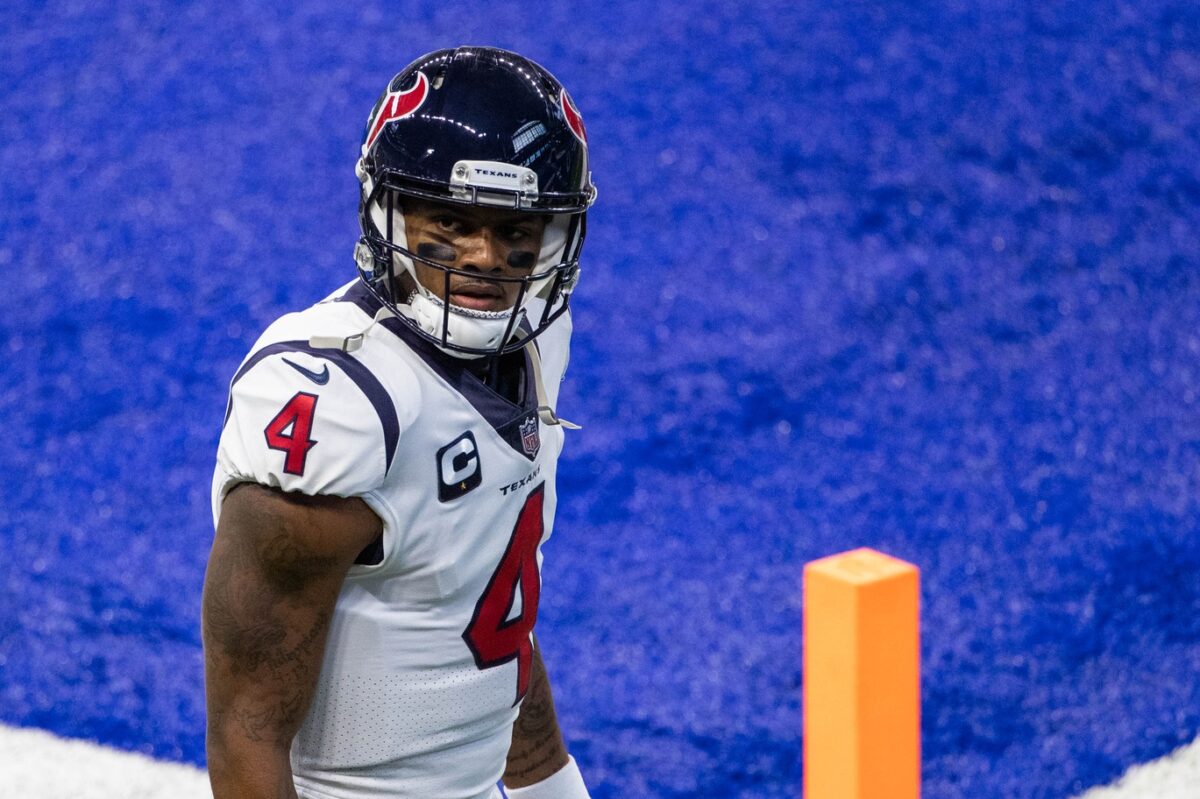 The saga between the Houston Texans and Deshaun Watson is only getting started.

Watson reportedly has broached his teammates with the possibility that he may request a trade.

ESPN’s Dan Orlovsky explained that the situation in Houston is worse than is being reported.

“I don’t think Deshaun ever plays for the Texans again,” Orlovsky said. “I’ve felt that way for a couple weeks. I don’t think he should. He’s got every right to feel the way that he feels.”

Orlovsky explained that things are beginning to come to the light about the Houston organization.

“There’s been a lot of shady stuff that seems to have been going on for Houston,” Orlovsky said. “And there’s deeply rooted issues with that organization with how they treat their players, star players. And, the reality that Deshaun Watson has just decided to expose it.

“I’ve talked to some people that are attached to that organization and I’ve asked questions. It’s worse than it’s being reported. It’s worse than what can be said on television. It’s a very bad situation.

“I don’t think we need to run from the reality that this is deeply rooted. And Deshaun Watson, this is not an ego thing. This is a necessity. He needs to get out of that organization.”

Watson signed a contract extension with the Texans in September of 2020, but it seems that he has become fed up with the organization.

Houston went just 4-12 last season and traded away star wideout DeAndre Hopkins prior to the 2020 season.

Watson threw 33 touchdowns and just seven picks in 2020, but it wasn’t enough for Houston to win games.

It will be interesting to see how this situation plays out during the NFL’s offseason.