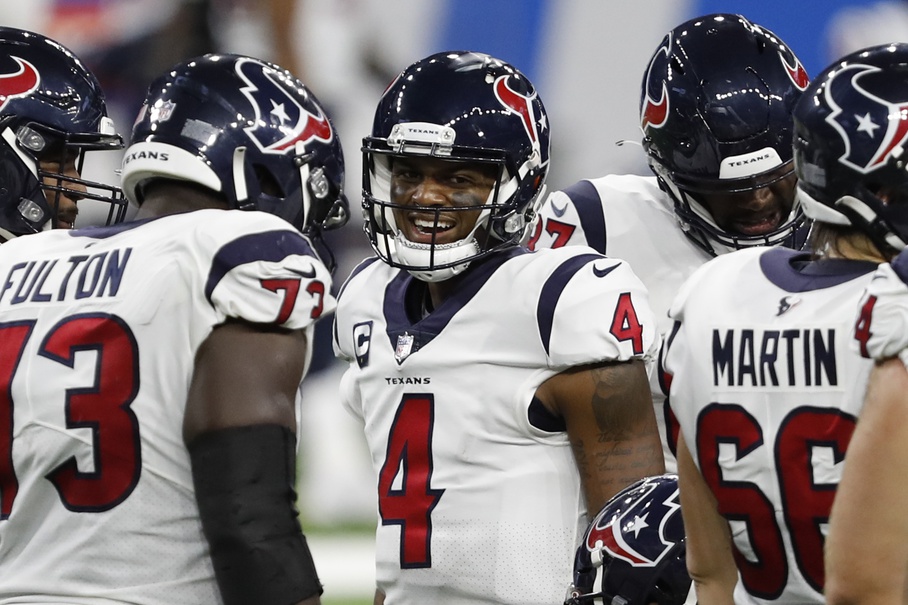 Houston Texans quarterback Deshaun Watson has reportedly commented to teammates that he may ask to be traded after four seasons with the Texans.

Mike Florio of Pro Football Talk offered that information and indicated that Watson’s input on team matters will be a key factor in the final decision made by the signal-caller.

“Rumors already are circulating, and we’ve already heard them from multiple different people, that Watson has quietly broached with teammates the possibility of requesting a trade,” Florio wrote. “If that’s happening, it may just be a strategic effort to ensure his views are respected by ownership. Regardless, it raises the stakes and crosses a bridge and potentially sets the foundation for Watson eventually to decide that he’d like to continue his career elsewhere.

The Texans fired former head coach Bill O’Brien after starting out the 2020 season 0-4, with Romeo Crennel closing out the year with just four wins in the final 12 games.

In addition to a pending change with the Texans’ head coaching position, the team has also hired New England Patriots executive Nick Caserio as their new general manager. After that hiring was announced, Watson was less than enthusiastic about the move, issuing a tweet that he later deleted.

Watson is coming off his best season yet after throwing for a league-leading 4,823 yards and 33 touchdowns, while also tossing only seven interceptions.

However, Watson’s career with the Texans has been a rollercoaster, beginning with a 4-12 season in 2017 that was followed by two trips to the postseason.

Yet, despite that run of success, the Texans collapsed in 2020 and because of a past trade, gave up the third overall pick in April’s NFL draft.

Watson’s productivity certainly has the attention of teams looking for a quarterback, but it’s doubtful the Texans would be looking to trade him. Depending on Watson’s assessment of the Texans offseason moves are, he may end up forcing the team’s hand.