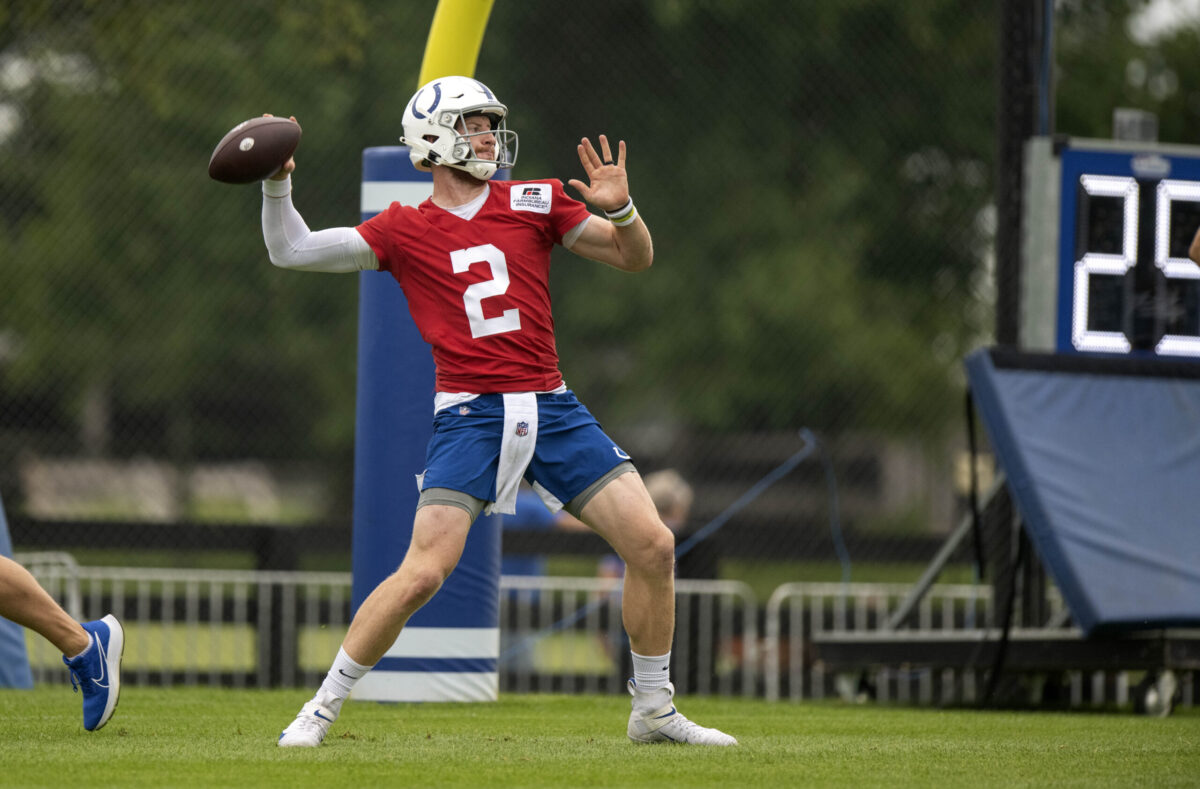 Indianapolis Colts head coach Frank Reich is not closing the door on the possibility of Carson Wentz playing in Week 1 of the 2021 NFL season.

“I’m hoping the best with Carson,” Reich said during a recent appearance on Colin Cowherd’s podcast. “We’re not eliminating the possibility of him playing Week 1. We’re still a long way from there and not even close to making that determination. But, there’s still a chance. So, we’ll just stay the course here. Chris [Ballard] and I will have the appropriate conversations at the appropriate time, but we’re not there yet.”

Wentz recently underwent foot surgery that could keep him out of action for up to three months.

The upcoming season will be Wentz’s first with the Colts. He was acquired from the Philadelphia Eagles in a trade several months ago.

He didn’t get a lot of help from Philadelphia’s offensive line. He was sacked 50 times during the year. No other quarterback in the league was sacked more.

Wentz is capable of performing at a high level. He was named a Pro Bowler in the 2017 campaign. That was the season in which the Eagles claimed their first NFL title in the Super Bowl era.

With Indianapolis, Wentz will hope to channel some of his better years. The Colts are hoping to get things moving in the right direction after taking a quick playoff exit last season.