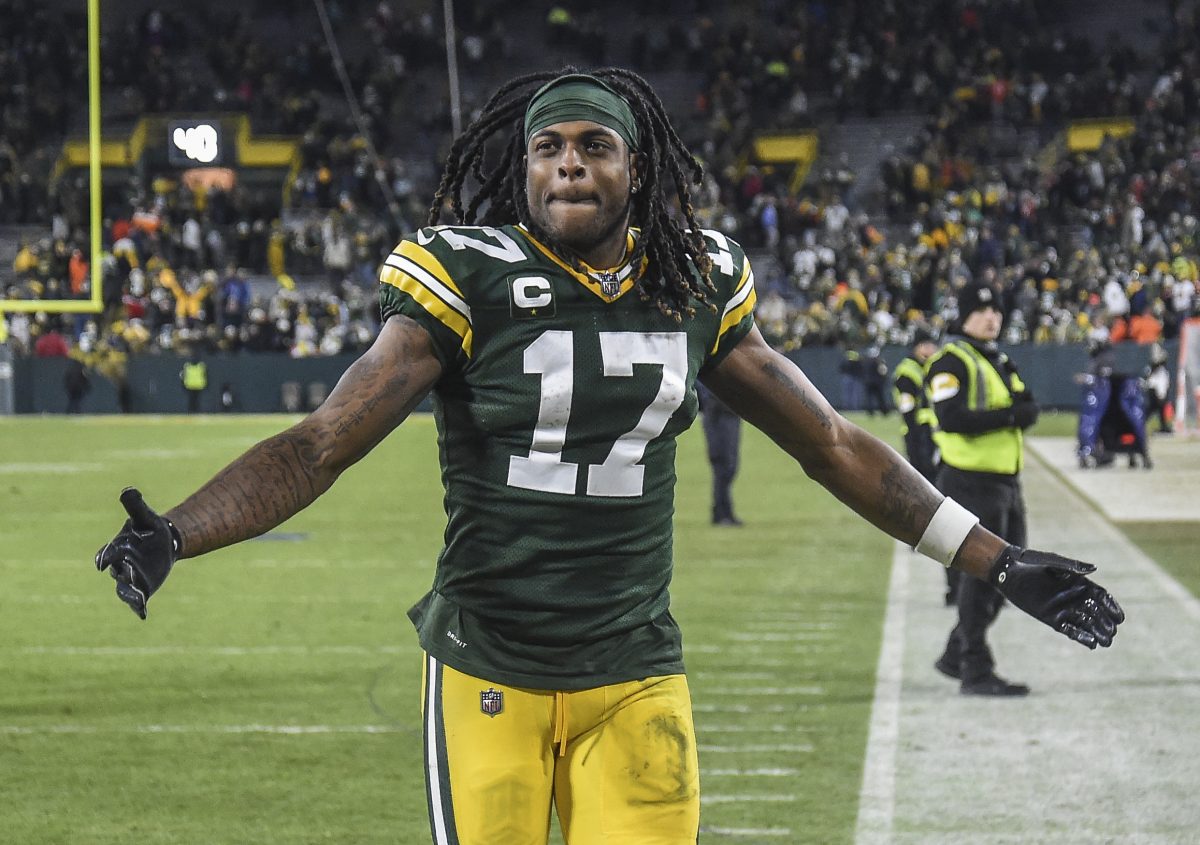 Wide receiver Davante Adams seems like he will have several suitors in the coming offseason if he becomes a free agent.

Teams that are expected to make a run at him include the Las Vegas Raiders and Jacksonville Jaguars. The Los Angeles Chargers are another team to watch out for in the possible Adams sweepstakes.

“The Las Vegas Raiders, who will be about $40 million under the cap and need a receiver, will go after Adams if he’s available,” wrote Tony Pauline of Pro Football Network. “The Jacksonville Jaguars, another WR-needy team who are a whopping $70 million under the cap, are expected to make a run at Adams.

“I’m told the Los Angeles Chargers, who are under the cap a little more than $58 million, are another team to watch. The Chargers will be paying veteran Keenan Allen a projected $19 million in 2022. However, WR2 Mike Williams is set to hit free agency. Adams would be an upgrade and gives Justin Herbert a lethal weapon.”

Adams has played for the Green Bay Packers throughout his entire professional career. The Packers drafted him in the second round of the 2014 NFL Draft.

In eight seasons with the team, the California State University, Fresno product has made first-team All-Pro twice and led the league in receiving touchdowns once. He has helped guide the Packers to several postseason appearances alongside start quarterback Aaron Rodgers.

During the 2021 season, it was reported that the team is expected to franchise tag Adams before trying to sign him to a long-term contract. Such a move would provide the two parties time until July to negotiate a new deal.

Rodgers will reportedly soon inform the Packers whether or not he wants to remain with the team. Adams’ future could be affected by Rodgers’ decision.

If both Rodgers and Adams end up leaving the Packers, then it will be the end of an era for what has been one of the most consistent teams in the league in the past seasons.