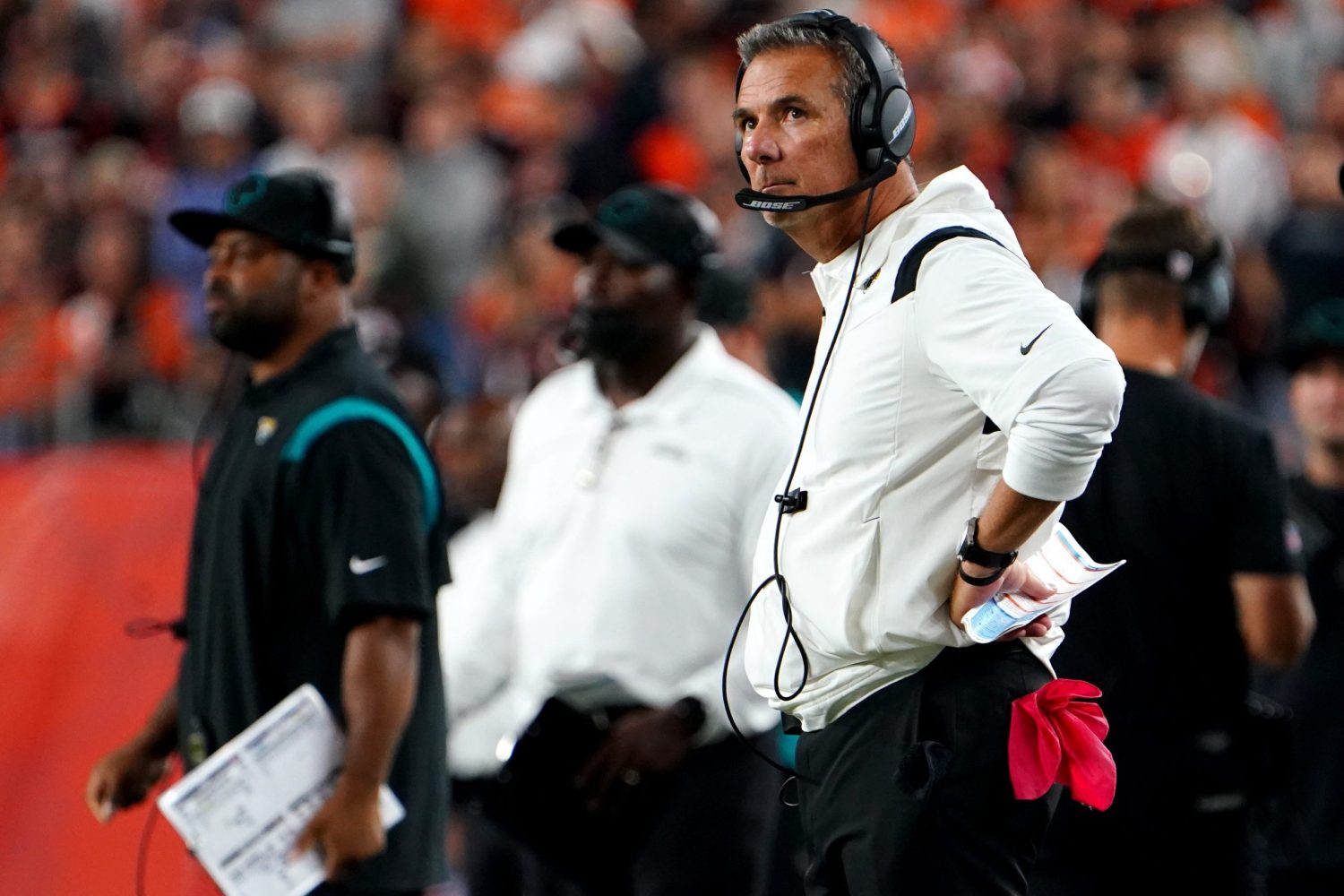 According to a report, the Urban Meyer situation has reached a “crisis point.”

Meyer, of course, was recently seen in a video dancing closely with a woman at a bar. Meyer is married, and the woman seen in the video was not his wife.

THREAD 1) The Urban Meyer situation in Jacksonville has reached a crisis point, especially in the locker room. One player told me, 'He has zero credibility in that stadium. He had very little to begin with.'

It sounds like some players were annoyed by the fact that Meyer canceled Monday’s team meeting so he could deal with the matter.

2) Players were particularly put off by the fact that Meyer canceled Monday's team meeting, as he dealt with the uproar over the videos of him and a young woman getting cozy in that Ohio bar. 'He even canceled the team meeting. He was too scared,' a player said.

3) Instead Meyer 'only apologized to position groups individually.' He portrayed the woman in the videos as a random person who was 'just there dancing.' Suffice it to say, his audience was highly skeptical.

One player told Silver that everyone started “dying laughing” after Meyer left the room following an apology.

4) Said one player: 'We looked at him like, WTF? Right when he left everyone started dying laughing. And he knew it.'

Clearly, the situation is a mess for Meyer and the Jaguars organization.

As if the video situation isn’t bad enough, Meyer’s stint with Jacksonville is also off to a poor start on the field. The Jaguars are 0-4 on the season.

Jaguars owner Shad Khan released a statement regarding the situation on Tuesday. 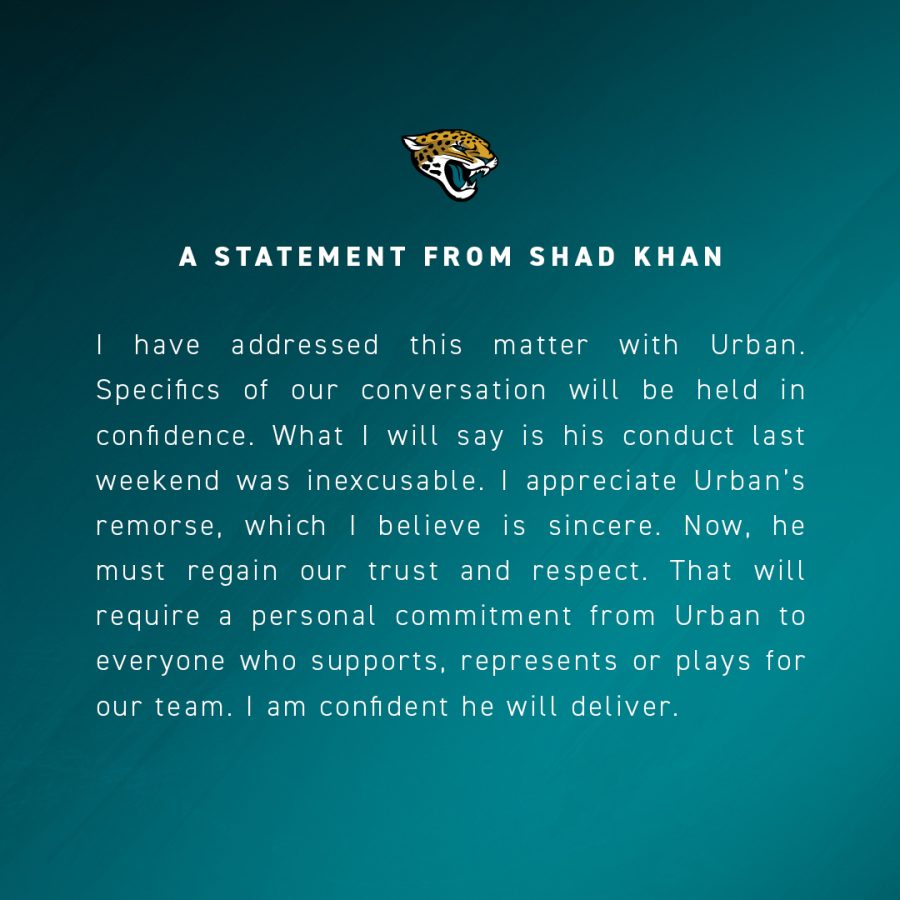 It remains to be seen whether Meyer will make it out of this situation with his head coaching job intact, but his reputation has surely taken a hit regardless of what happens from here.