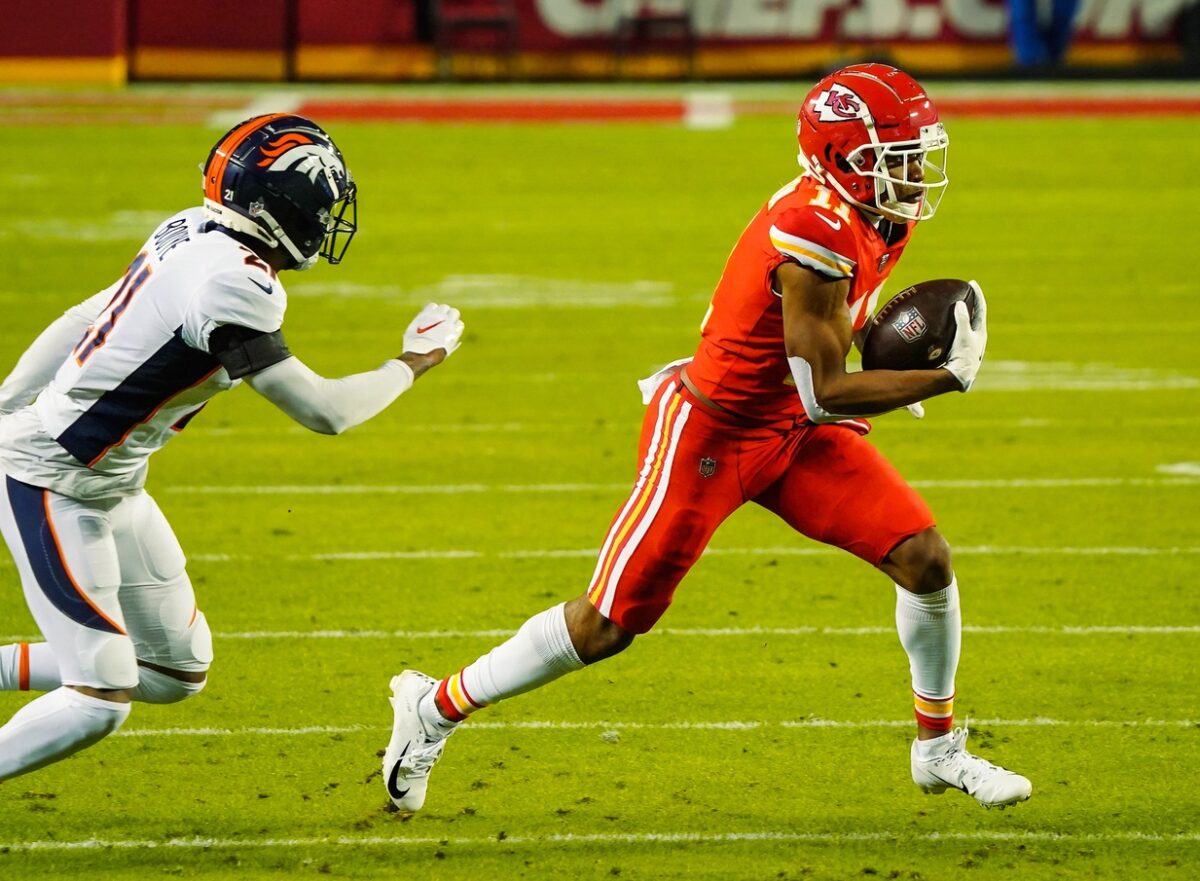 With Super Bowl LV looming on Sunday, the Kansas City Chiefs received some bad news after two members of the team were placed on the reserve/COVID-19 list.

And Super Bowl LV has its first COVID issues: Chiefs placed center Daniel Kilgore and WR Demarcus Robinson on the Reserve/COVID-19 due to close contact, per source.

While the placement of Demarcus Robinson and Daniel Kilgore on the list is an unnecessary distraction for the Chiefs, the duo may still end up being cleared to return prior to the game.

Robinson is in his fifth season in the league, all with the Chiefs, finishing the 2020 season with 45 catches for 466 yards and three touchdowns.

Kilgore is in his 10th season in the NFL, though his first with the Chiefs. He started four of the seven games he appeared in during the regular season and also saw action in the AFC Championship Game against Buffalo on Jan. 24.

While Robinson’s absence could be more problematic for the Chiefs, the team’s high-powered offense still has plenty of weapons available for its battle with the Tampa Bay Buccaneers.