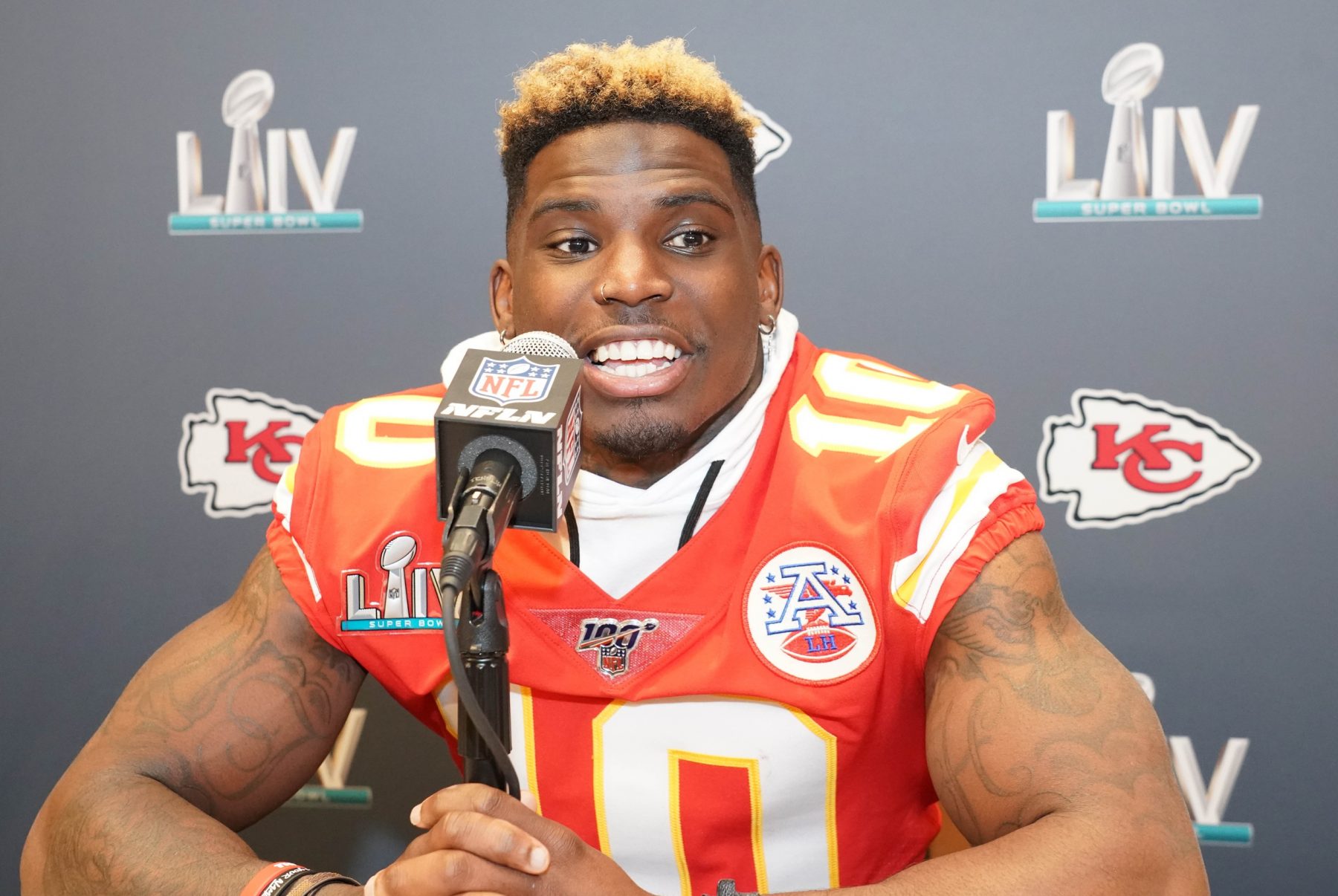 Kansas City Chiefs wide receiver Tyreek Hill has offered an ambitious prediction as the team seeks to defend its championship, stating that the Chiefs will ultimately win seven Super Bowls.

Hill appeared on the ESPN program, “First Take,” and went even further than teammate Chris Jones, who indicated earlier this week that the Chiefs would win “five-plus” Super Bowl rings.

“Well, I’m not gonna say he’s telling a fib,” Hill said when asked about Jones’ comments. “But Chris Jones, he’s definitely — he’s definitely a man of his word, and we’re definitely creating something special here in KC, so I don’t see why not. Why say five? Why not go seven rings? Right now we’re just chasing [Michael] Jordan, so that’s what we do. So I’m going over five, and I’m saying seven.”

Jordan won six NBA titles with the Chicago Bulls during the 1990s, though that amount is less than the 11 championships that Bill Russell won during his earlier basketball career with the Boston Celtics.

Over the past two decades, the New England Patriots have been the dominant NFL team, with six Super Bowl titles. Those championships for the Patriots came with quarterback Tom Brady behind center.

Like the Patriots, the Chiefs also have a stellar signal-caller in Patrick Mahomes, who won the Super Bowl MVP award back in February.

Such an audacious prediction isn’t surprising, coming in the wake of a championship. However, winning that many titles will require the Chiefs to adapt to countless changes over a lengthy period of time.

Hill may end up being proven correct, but even getting that next championship isn’t guaranteed, with the Chiefs a prime example of that uncertainty.

Back 50 years ago, the Chiefs were also coming off a Super Bowl title and were touted as having the “Offense of the 70s.” That next title never materialized and there would be many lean years before a title was brought back to Kansas City.