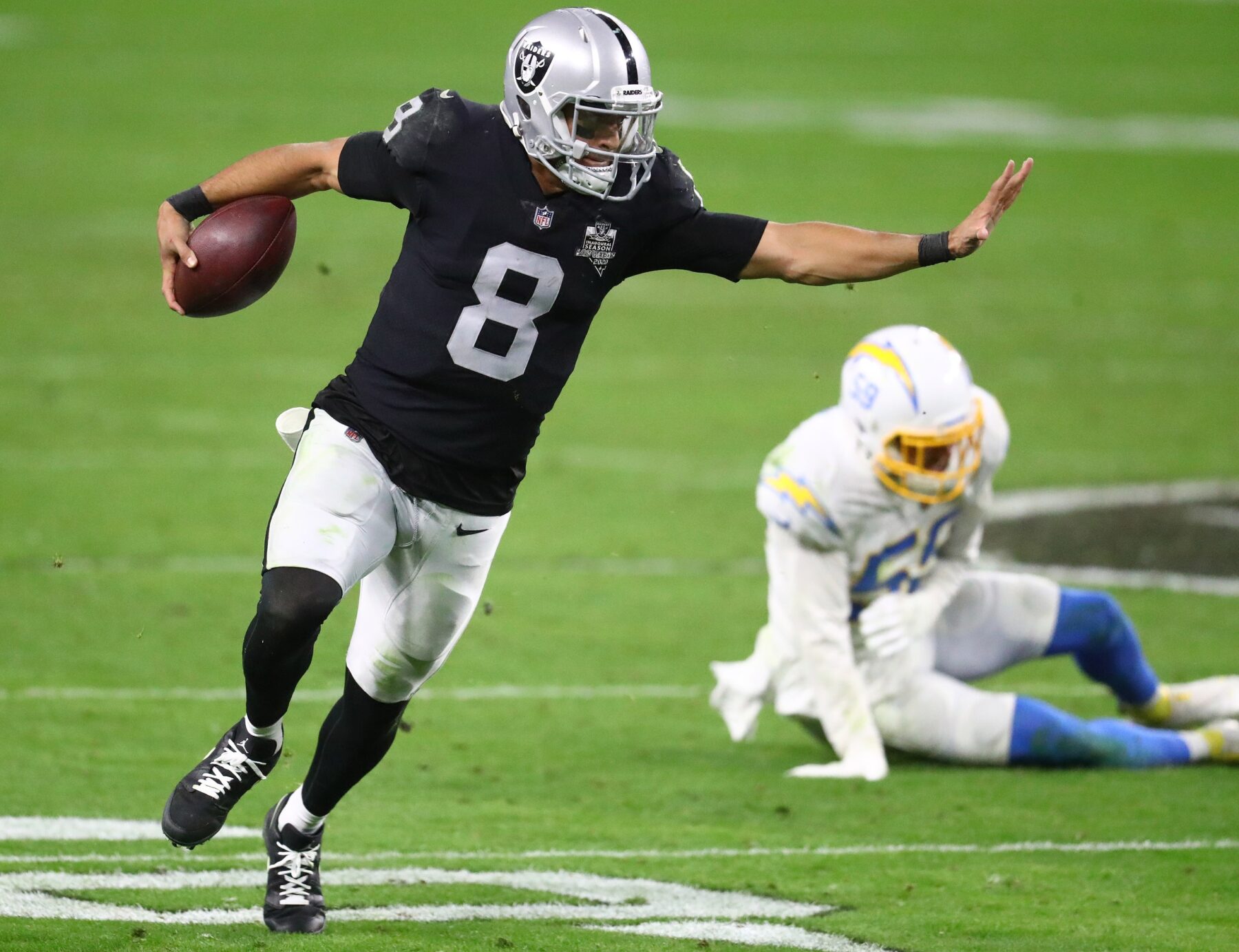 Las Vegas Raiders quarterback Marcus Mariota had a lucrative night on Thursday after entering the game in place of Derek Carr, thanks to a contract clause in his deal with the team.

If Marcus Mariota plays more than 60% of the snaps in any game this year, he earns a $200K incentive. With a win, that number jumps to $325K.

Carr left the game against the Los Angeles Chargers in the first quarter due to a groin injury. By the time the game ended, Mariota had taken 86 percent of the Raiders’ snaps on the evening.

By simply playing the majority of the game, Mariota pocketed an extra $825,000. However, because the Raiders ended up losing in overtime, the veteran signal-caller missed out on an additional $125,000.

Mariota finished the game completing 17-of-28 passes for 226 yards, throwing for one touchdown and also tossing an interception. He also ran the ball nine times for 88 yards and scored a touchdown.

However, that pickoff prevented a possible Raiders win late in regulation, which was no doubt just as painful to Mariota’s wallet as it was to his competitive nature.

Mariota could be in line for another extra payday on Dec. 26, when the Raiders are set to host the Miami Dolphins. Right now, it’s uncertain if Carr will be able to return in time for that contest.