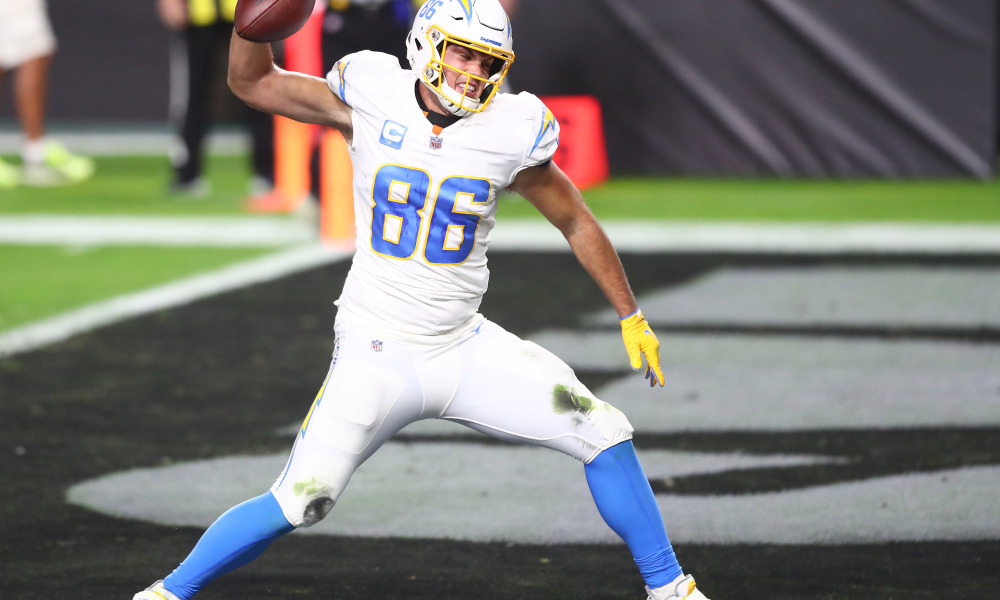 The Los Angeles Chargers have decided not to apply the franchise tag to tight end Hunter Henry.

As a result of the move, Henry will become a free agent.

Chargers informed TE Hunter Henry that he will not be tagged, per source. Henry is headed to free agency.

The Chargers had until Tuesday afternoon to make a decision on Henry.

Given this move, it’s seemingly clear that the Chargers are ready to move on from Henry with new head coach Brandon Staley now at the helm.

The free agent market for Henry should be interesting, considering he’s come back strong from that 2018 injury to put together the best two seasons of his career.

One possible destination for Henry could be the Detroit Lions, since former Chargers head coach Anthony Lynn is now serving as the team’s offensive coordinator.

The Lions are in the midst of rebuilding, with a new coaching staff and a new starting quarterback in former Los Angeles Rams signal-caller Jared Goff.