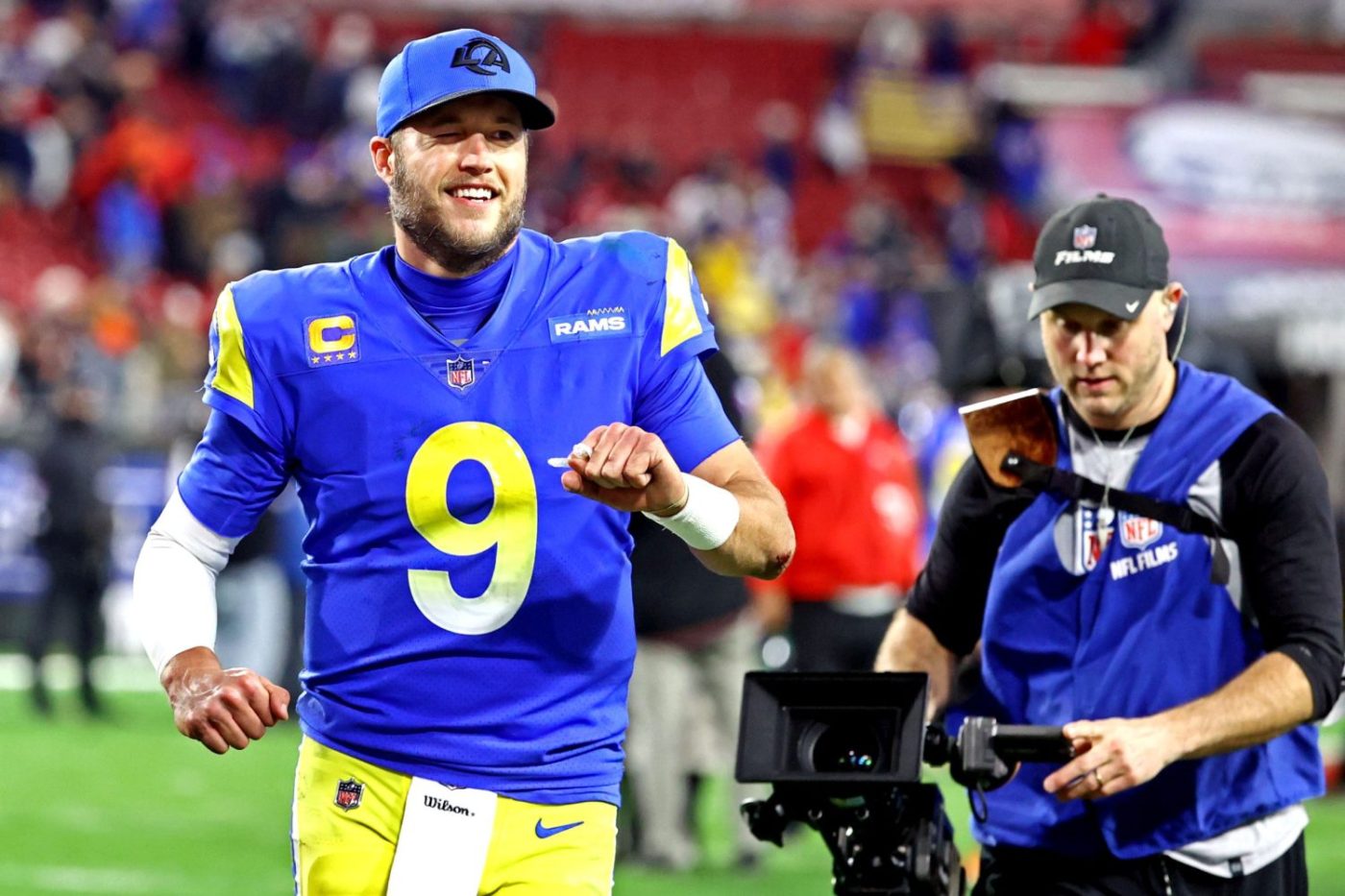 Los Angeles Rams quarterback Matthew Stafford could provide a bettor a nice payday if he ends up scoring the first touchdown in the Super Bowl against the Cincinnati Bengals on Sunday.

The bet would pay $660K pic.twitter.com/oCo4naMPoo

The 34-year-old Stafford, who was acquired from the Detroit Lions during this past offseason, has put together a strong season. Sunday will mark the first time that he’s played in the NFL’s biggest game, and the Rams are favored to win the contest.

Stafford threw for 41 touchdown passes during the regular season. He has tossed two touchdown passes in each of the Rams’ three playoff games this season, and he has also run for a touchdown in two of those three games.

However, the last time he scored a touchdown for his team during the regular season was as a member of the Lions in 2016. Over the course of his lengthy NFL career, he’s scored 14 touchdowns and added a two-point conversion in 2017.

Stafford would be more than happy to score any touchdown during Sunday’s game against the Bengals. Yet, it’s highly doubtful that he’ll make a point to focus on reaching the end zone on his own.

Having seen many lean years during his time with the Lions, Stafford is simply trying to deliver the Rams their first Super Bowl title in more than two decades.

Stafford would surely treasure a Super Bowl title more than the 323 touchdowns and nearly 50,000 yards he’s thrown for during his NFL career. Whether or not scoring in the Super Bowl becomes part of his resume still remains to be seen.