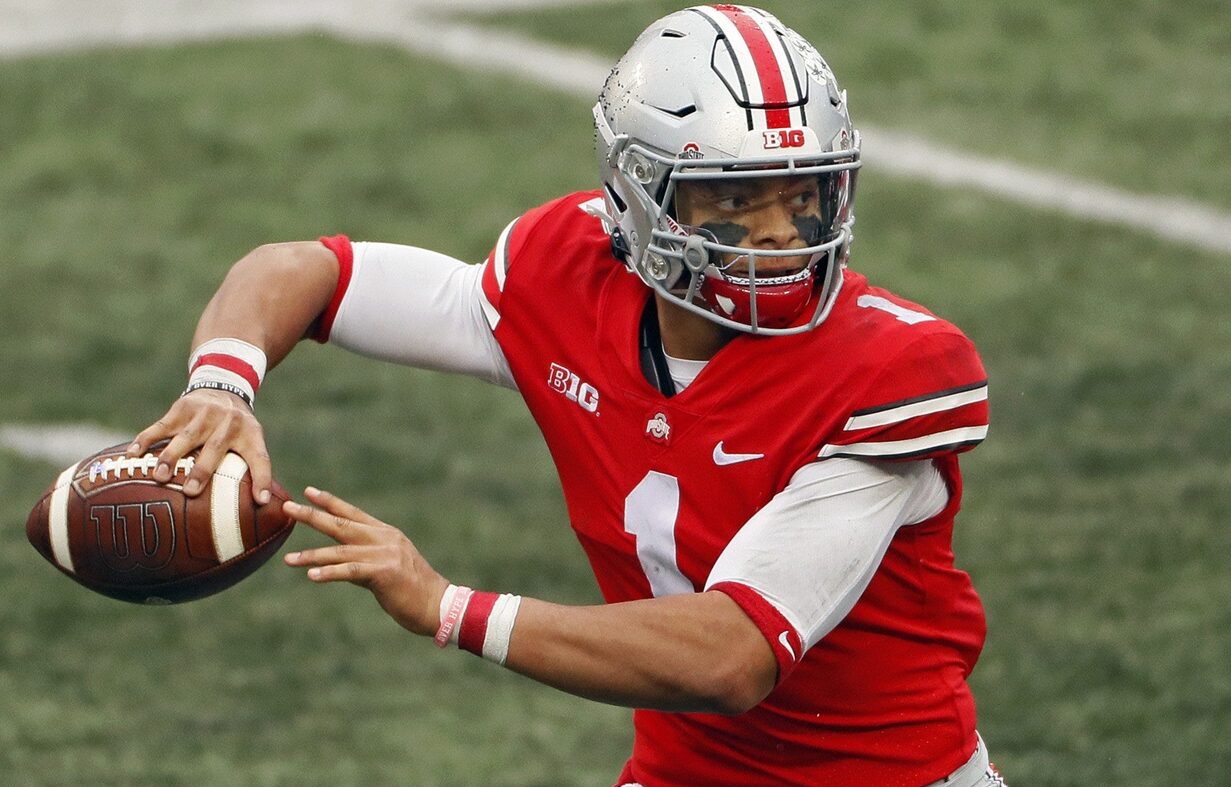 A new report indicates that the Minnesota Vikings were hoping to draft quarterback Justin Fields in the first round of the 2021 NFL Draft.

However, their plans were foiled when their division rivals, the Chicago Bears, traded up to select him.

Courtney Cronin of ESPN looked at how the Vikings’ plans to select Kirk Cousins’ eventual successor had to change in the middle of the draft.

“At No. 10, the Dallas Cowboys swapped with their division rival Philadelphia Eagles, who took wide receiver DeVonta Smith,” Croning wrote. “The Vikings were three picks away from closing in on Fields when the Chicago Bears dealt their No. 20 pick, their No. 164 pick and their 2022 first- and fourth-round picks to the New York Giants to move up nine spots to draft Fields, a potential franchise-saving quarterback.

“The Vikings were stunned, and this one really stung. They wanted one of the top quarterbacks, but they weren’t desperate enough to give up that kind of draft capital for a player who would be sitting behind Cousins for at least a year.”

At one time, Fields had been considered as one of the best prospects in the 2021 draft class. His drop made it more possible for the Vikings to select him.

The Bears’ stunning decision to jump ahead of the Vikings resulted in their selection of Kellen Mond in the third round of the draft.

Cousins’ contract is guaranteed through the 2022 season, which allows Mond at least a couple of years to develop into what the Vikings hope will be a capable replacement.

Mond entered the 2021 draft as one of the quarterbacks just below the top tier of passers. Historically, it has been tough for non-elite prospects to turn into long-term NFL starters at the position.

Given the way things turned out, the Vikings will get a regular look at Fields in the years ahead. The only problem is that he’ll be wearing the uniform of another team.