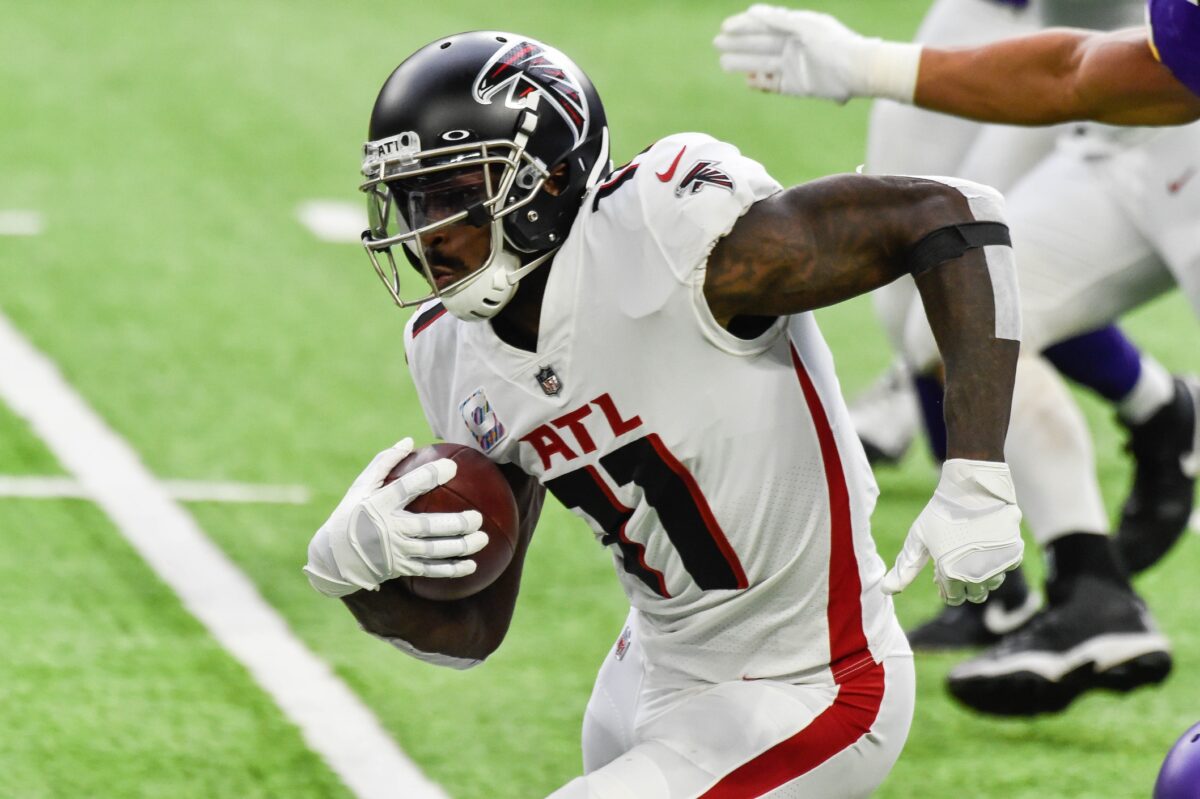 The Patriots are considering making a trade for Falcons WR Julio Jones, per @MikeGiardi pic.twitter.com/wabnSQS8FY

One chief reason why Jones may end up in a Patriots uniform is because the star receiver reportedly wants to join forces with Cam Newton.

“Do you know who he really wants to play with? You won’t believe this,” NBC Sports Boston’s Michael Holley says on the show. “I’m telling you, I heard this today and I said, ‘Are you kidding me?!’

“He wants to play with Cam Newton. He likes Cam.”

The Falcons are reportedly interested in trading Jones because of salary cap issues. A deal would end the veteran’s 10-year tenure with the team that drafted him sixth overall in the 2011 NFL Draft.

Over Jones’ time in the NFL, he’s caught 848 passes and 60 touchdown receptions. However, he is 32 years old and coming off a season in which he was limited to just nine games.

Still, Patriots head coach Bill Belichick needs something to shake things up. The Patriots finished with a 7-9 record in 2020.

Jones appears ready to move on from the Falcons, and the Patriots look to be in a position to deal for him. That makes this proposed deal something to watch for in the weeks ahead.