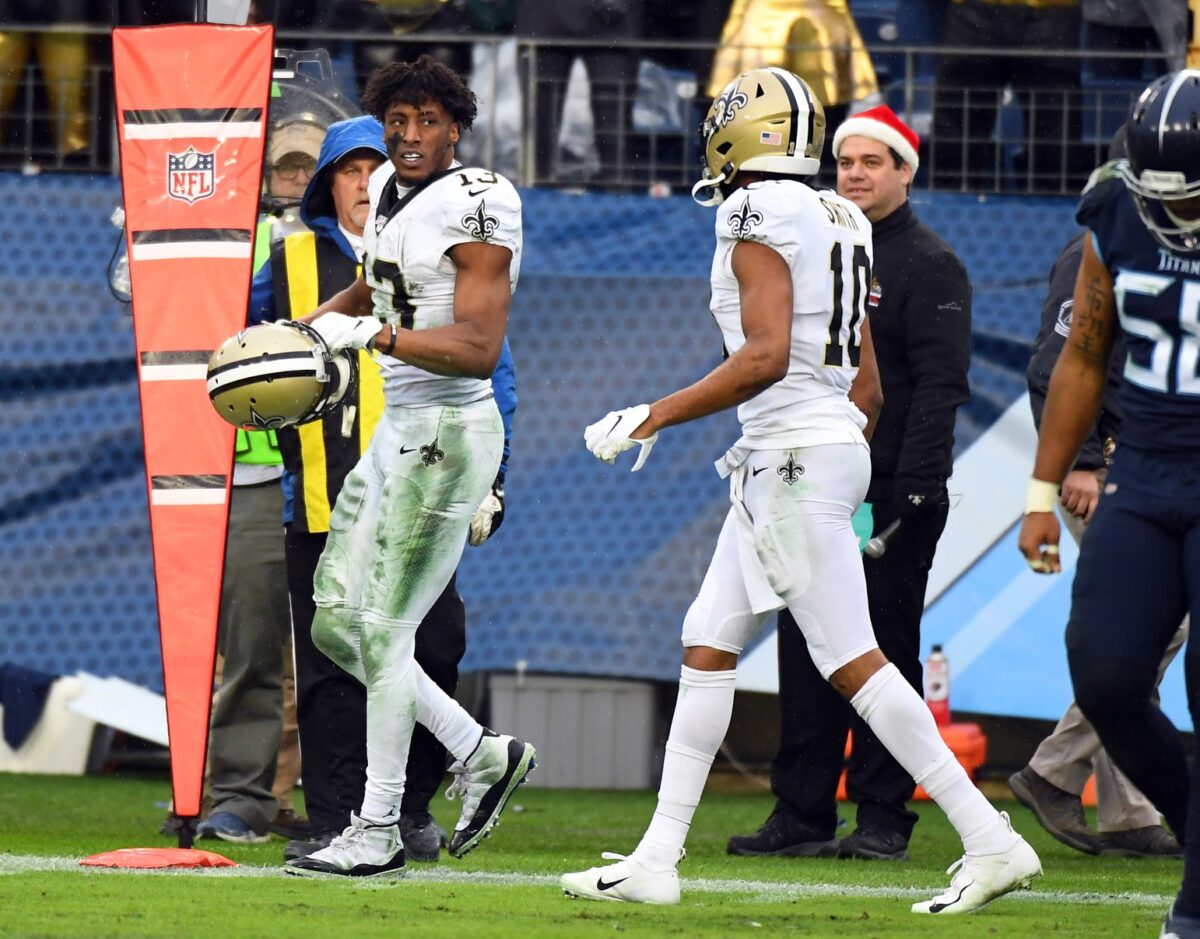 New Orleans Saints wide receiver Michael Thomas will not play in the team’s Monday night game against the Los Angeles Chargers after reportedly being involved in an altercation with one of his teammates.

Saints’ WR Michael Thomas had an altercation with a teammate at practice this weekend, per league sources. Saints now disciplining Thomas by sitting him Monday night, when he was being listed as questionable with an ankle injury.

One report indicates that the altercation involved Thomas punching teammate Chauncey Gardner-Johnson in the midst of a fight during a Saints practice.

#Saints star WR Michael Thomas punched teammate Chauncey Gardner-Johnson during a fight in practice, per sources. That’s why Thomas was ruled out for Monday’s game against the #Chargers for what the club is calling team discipline.

The absence of Thomas from the Saints’ lineup will once again leave a huge hole in the team’s offensive attack.

Thomas began the 2020 campaign by suffering a high ankle sprain in the Saints’ season-opening win over the Tampa Bay Buccaneers. In that contest, he caught three passes for 17 yards, but has not played since the injury.

Now in his fifth season in the NFL, all of them with the Saints, Thomas has been among the most prolific receivers in the league.

The 27-year-old Thomas led the NFL in receptions in both 2018 and 2019, including an NFL single-season record of 149 last year. During last season’s incredible campaign, Thomas also led the NFL in receiving yardage with 1,725 yards.

Counting the three receptions that Thomas had in the opener, he’s grabbed a total of 473 passes, establishing an incredible pace that seemingly has him destined for the Pro Football Hall of Fame.

At present, there’s no indication whether Thomas will be back for next Sunday’s Saints home matchup against the Carolina Panthers, whether his ankle is fine or not.