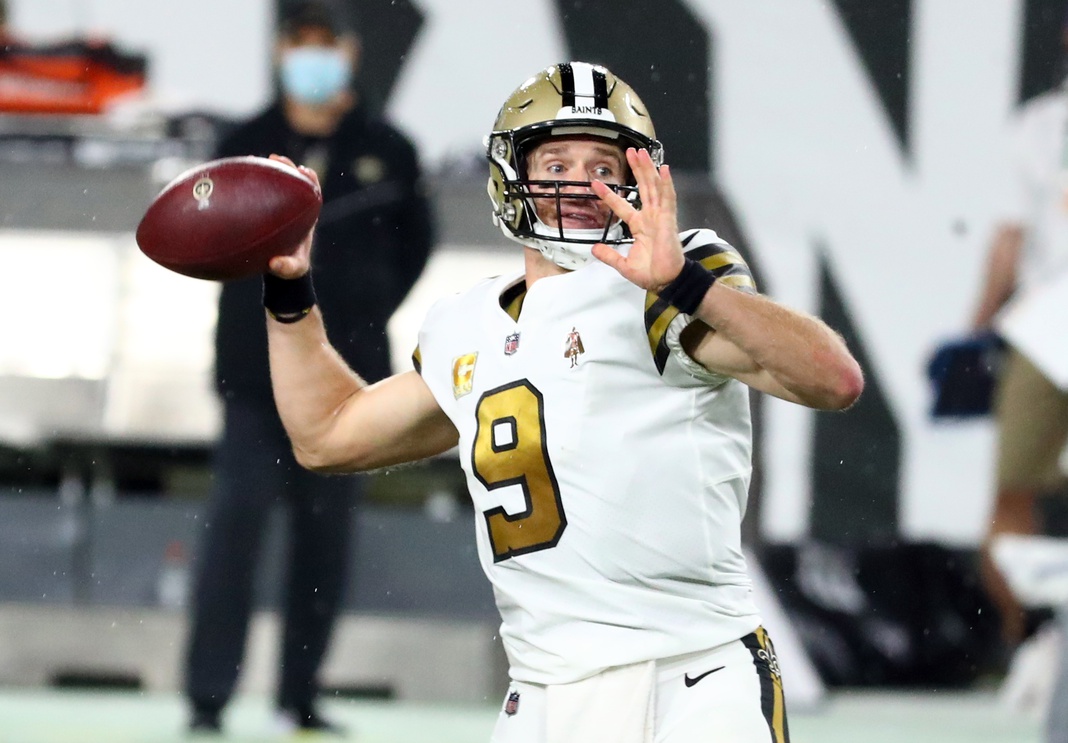 The New Orleans Saints are likely to be without the services of quarterback Drew Brees as he prepares to undergo an MRI after suffering a rib contusion on Sunday.

The 41-year-old Brees suffered the injury after getting hit by San Francisco 49ers defensive tackle Kentavius Street during the second quarter of the Saints’ 27-13 victory.

Brees was eventually replaced in the game by Jameis Winston, with another reserve quarterback, Taysom Hill, also playing the position for the Saints.

“I’m just taking it one day at a time. I’ve done that this entire season. And I’ll continue to do that. I’m not sure what tomorrow holds,” said Brees. “But you can know I’m gonna do everything I can to be as effective as I possibly can come next week.

“I mean, nothing’s a long-term thing. It’s just a matter of how long it’s gonna be. And honestly, I really don’t know. It’s not something, quite to this extent, that I’ve experienced.”

The rib issue is the latest health concern for Brees, who’s also been dealing with shoulder problems after having missed five games last year because of a thumb injury.

Despite losing Brees, the Saints improved their 2020 record to 7-2, keeping them one half-game ahead of the Tampa Bay Buccaneers in the NFC South.

The Saints are hoping for some deja vu from last season when they went 5-0 in Brees’ absence. However, they’d prefer to have Brees back as quickly as possible as they get set for their playoff run.