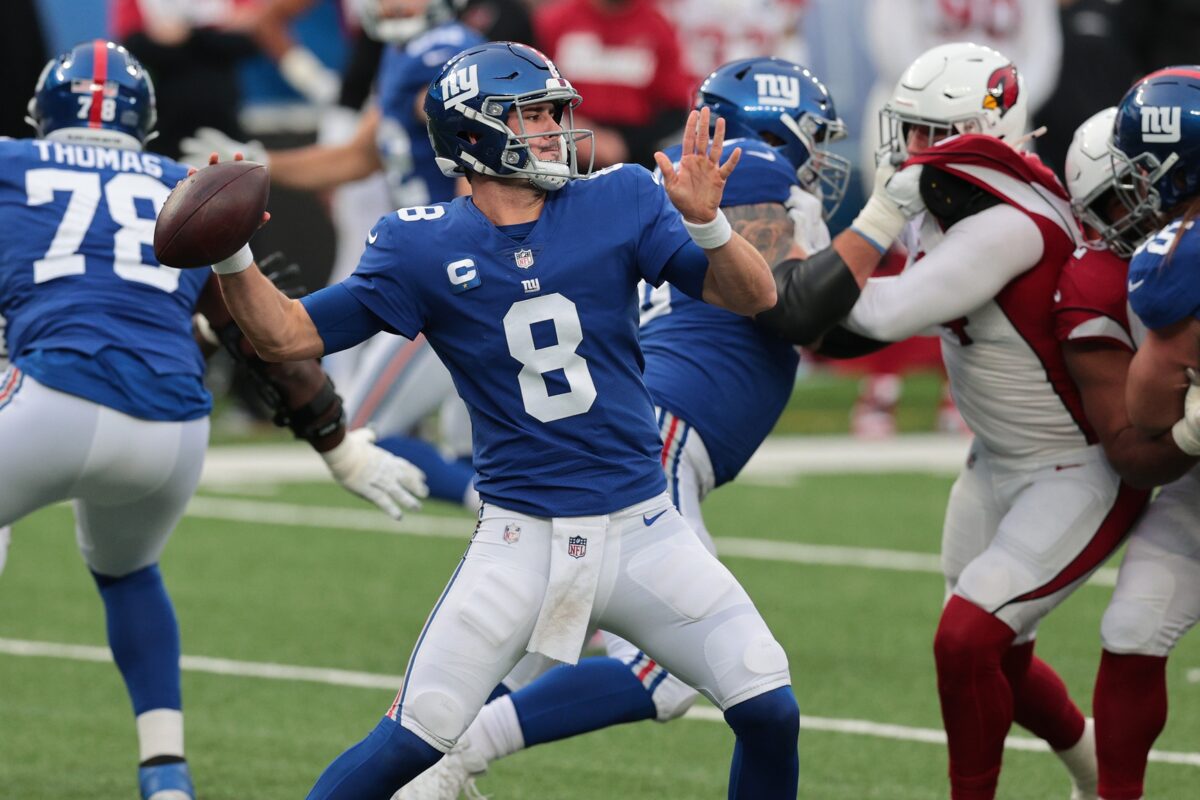 After retired New York Giants quarterback Eli Manning pushed for his old team to start Daniel Jones on Sunday night, he offered an amusing response to a fan encouraging him to come out of retirement to play in the game.

How about you sub in for him?

I will eat a sub.

Jones was the sixth overall pick by the Giants in the 2019 NFL Draft and was seen as the heir apparent to Manning. The Giants will be playing the Cleveland Browns in a nationally televised contest on Sunday night, though Jones is likely out with Colt McCoy replacing him.

Manning retired after last season after playing 16 seasons with the Giants. Last season, he started just four games, a clear sign that the Giants were moving on to Jones.

During Manning’s time in the NFL, he helped lead his team to a pair of Super Bowl titles over the New England Patriots. While he was the recipient of plenty of criticism during his time with the team, Manning ended up throwing for 57,023 yards and 366 touchdown passes.

Given Manning’s response, it’s clear that he has no desire to put a uniform back on, though his passion for the Giants continues during his retirement.