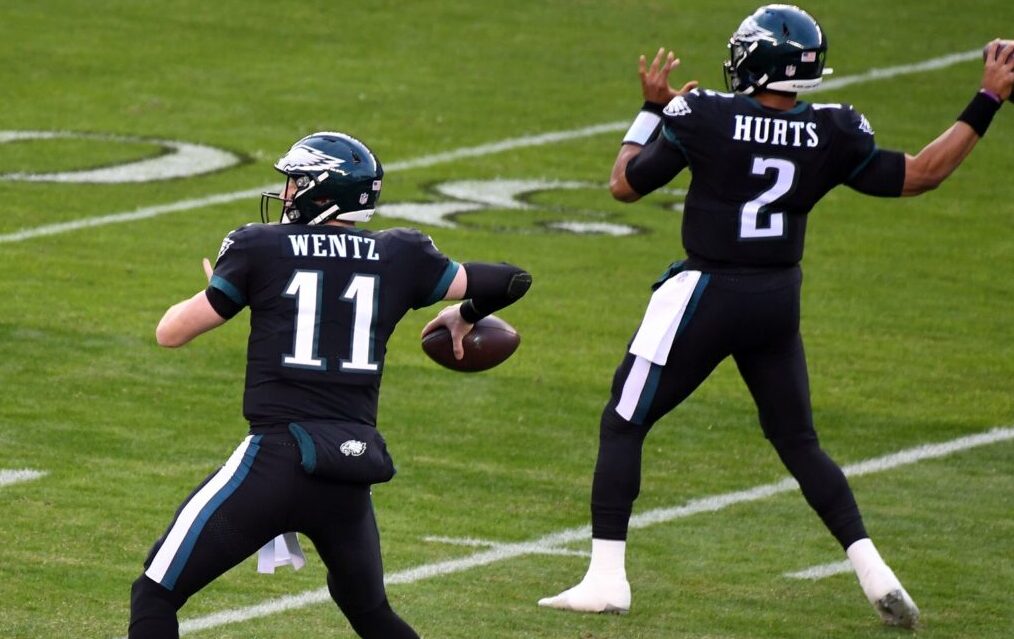 ESPN’s Adam Schefter indicated that Wentz’s unhappiness with the current state of affairs is at the root of his problem with the team.

“Carson Wentz is not interested in being a backup quarterback and would want to move on from the Eagles if the current situation — with Jalen Hurts starting under center — continues in Philadelphia, sources connected to the team told ESPN,” Schefter wrote.

“Although the Eagles’ quarterback situation remains fluid with three games left this season, Wentz is not pleased with the way events have unfolded in the organization, according to sources.

“Eagles coach Doug Pederson has not said whether the quarterback switch is permanent — only going so far as to announce Hurts as the starter for Sunday — but player and team sources told ESPN’s Chris Mortensen last weekend that Hurts will remain the starter this season.”

Wentz was replaced by Hurts, a rookie out of the University of Alabama, during the Dec. 6 game against the Green Bay Packers.

Hurts performed well in the Green Bay contest, then led the Eagles to an upset victory over the New Orleans Saints last Sunday. In the latter game, Hurts threw for 167 yards and also ran for 106 yards.

Perhaps most importantly, Hurts didn’t commit a turnover in the Saints clash, as opposed to Wentz’s league-high total of 15 interceptions.

The fall is a steep one for Wentz, whose solid rookie year in 2016 was followed by another strong campaign the following year that ended abruptly due to a season-ending injury.

It was during that second season that Wentz’s backup Nick Foles took over and led the Eagles to the franchise’s first-ever Super Bowl title.

Clearly, the future is hazy for Wentz in the City of Brotherly Love.