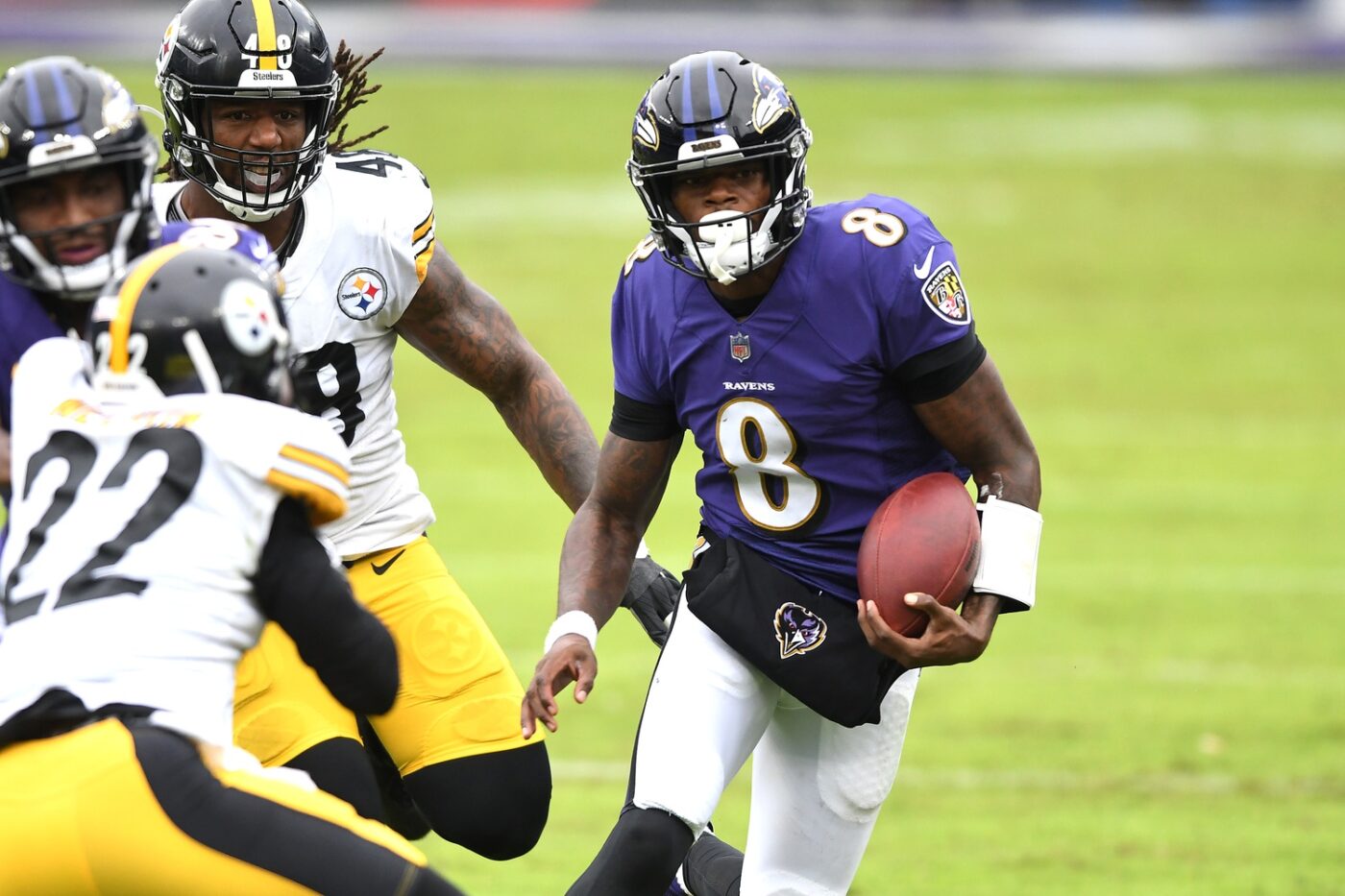 Following the Pittsburgh Steelers’ 28-24 comeback victory over the Baltimore Ravens on Sunday, Steelers head coach Mike Tomlin indicated that his team is not intimidated by the skills of Ravens quarterback Lamar Jackson.

Jackson is the reigning NFL MVP who dazzled the league last season in leading the Ravens to an AFC North title. Yet, Tomlin and his team were able to keep him in check and capture the important divisional battle.

“We respect him but we do not fear him,” Tomlin said postgame. “We’re not surprised by anything that transpired.”

Among Jackson’s problems were the four turnovers by the Ravens offense, including an interception that was returned for a Steelers touchdown.

In addition, Jackson’s bid to squeeze out a win late in the game resulted in a red-zone fumble that instead clinched the game for the Steelers.

Prior to Sunday, Jackson had only faced the Steelers once before, and in that contest last year, he threw three interceptions and was sacked five times. However, the Ravens were able to get the win, 26-23.

The Steelers and Ravens’ long rivalry makes Sunday’s victory even sweeter for Tomlin’s team, who now have a 7-0 record.

However, Tomlin has undoubtedly put the victory in his rearview mirror and is now focusing on Sunday’s road clash against the Dallas Cowboys. The Steelers also have a return date with Jackson and Ravens later this month, when the two teams battle in Pittsburgh on Thanksgiving.