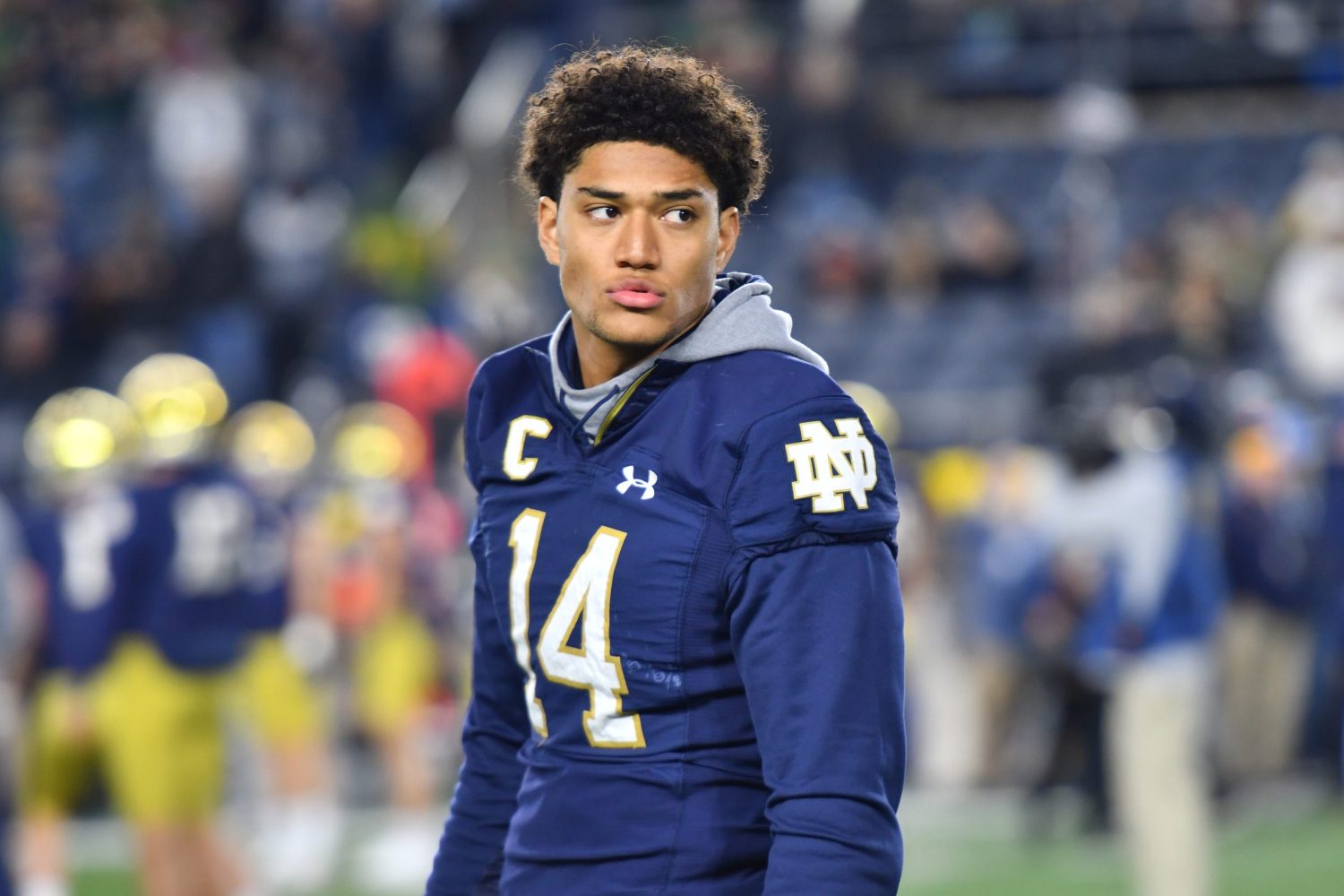 A new report suggests that University of Notre Dame safety Kyle Hamilton is expected to drop in the 2022 NFL Draft, which is less than a month away.

ESPN draft analyst Matt Miller indicated that Hamilton’s shaky pro day performance combined with a knee injury has left many believing that he’s going to drop in the draft.

“One of the hottest topics of the week was the draft stock of Notre Dame safety Kyle Hamilton following an uneven showing at his pro day,” Miller wrote. “Hamilton reportedly ran a 40-yard dash time in the low 4.7-second range, according to NFL scouts who were on hand. His testing numbers combined with a knee injury that ended his season and his positional value as a safety has many folks in the league saying that he won’t be drafted in the top five picks.

“Hamilton is my No. 3 overall player and a prospect I’ve loved since his freshman season. He’s a great leader and playmaker, but he was already fighting a battle at a non-premium position in the eyes of NFL evaluators. It’s possible he falls all the way into the second half of Round 1. Now, it takes only one team to change that, but the consensus around the league is that a drop is expected.”

The idea of players dropping during the first round is nothing new and has sometimes paid dividends for teams that have taken such players in the past. Two prime examples are quarterbacks Dan Marino and Aaron Rodgers, who fell toward the bottom of the first round of their respective drafts.

Hamilton is coming off an October knee injury that kept him off the field for a solid number of games. In three seasons with the Fighting Irish, he picked off eight passes and was considered a key leader for the team on defense.

Standing at 6-foot-4, Hamilton offers solid size. Also, his experience against tough competition in college could set the stage for him to become a solid player at the next level.

Given Hamilton’s somewhat undesirable time in the 40-yard dash, he’s likely going to try to alleviate any concerns about his speed in the weeks leading up to the draft. Only time will tell where Hamilton ends up getting selected.

In this article:featured, kyle hamilton