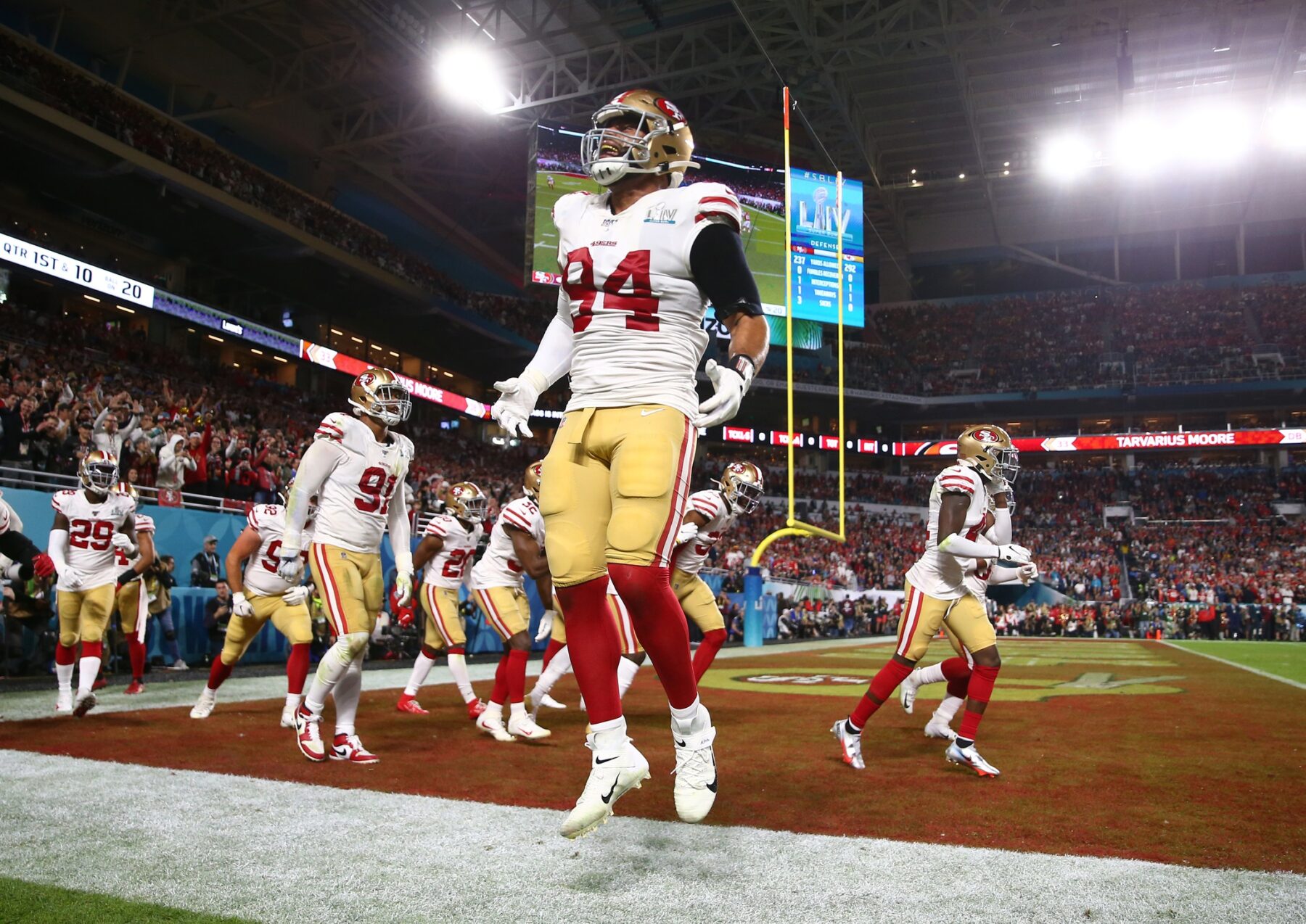 Thomas appeared on the 49ers Talk podcast and spoke (at the 27:50 mark) about the Sept. 20 game against the New York Jets in which he and teammate Nick Bosa sustained ACL injuries that abruptly ended their seasons.

“The NFL needs to do a better job with turf,” Thomas said. “It should be all grass fields. We should take care of our players. Safety should be No. 1.”

Thomas disclosed that his injury also involved a torn lateral meniscus and medial patellofemoral ligament, the latter of which attaches the kneecap to his inner knee, which led to his demand.

The loss of both Thomas and Bosa was part of a lengthy list of issues that turned the 49ers from a team that had won the NFC title the year before into a 6-10 squad.

Thomas request will undoubtedly be ignored by the NFL, even though the president of the NFL Players Association cited a study that showed a large uptick in injuries on artificial surfaces.

That study showed that non-contact knee injuries on artificial surfaces jumped by 32 percent from 2012 to 2018 and non-contact foot and ankle injuries surged by 69 percent during that same time frame.

For now, Thomas is continuing to rehabilitate his injury as he prepares to possibly leave the 49ers as an unrestricted free agent.