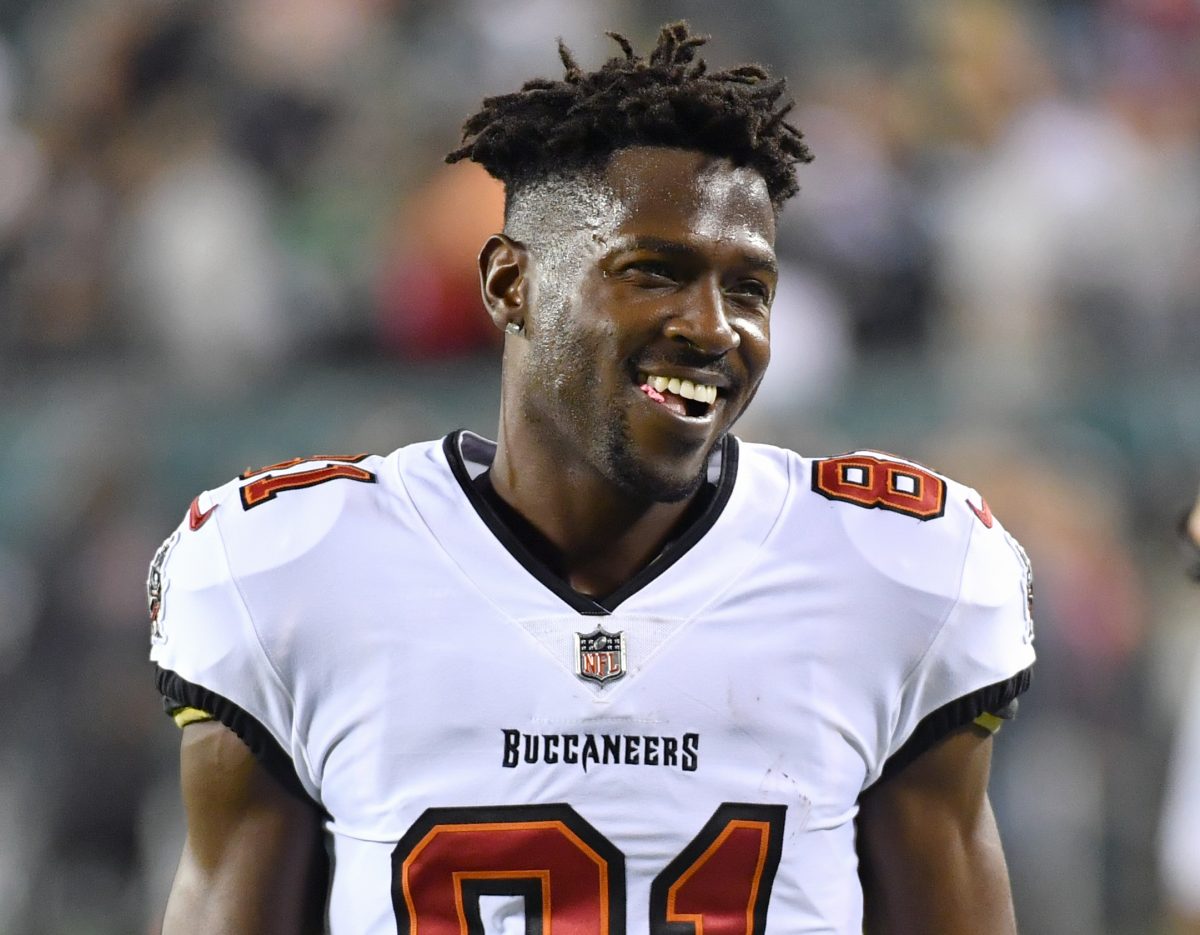 While the star will miss Tampa Bay’s game this coming Monday against the New York Giants, he reportedly has a “real chance” to return the following week against the Indianapolis Colts.

Brown has a real chance to return next week at Indianapolis after missing the past four games with an ankle sprain.

Brown has not seen game action since Week 6 of the current campaign. He has missed a total of four games this season.

Over five contests, the 33-year-old has racked up 29 receptions for 418 yards and four touchdowns this year. He’s a very valuable weapon for Tom Brady and the Tampa Bay offense.

Brown has been in the news this week after being accused of obtaining a fake COVID-19 vaccination card. The Bucs have made it clear that they have no reason to believe the claim. It remains to be seen if there will be any further developments in that story.

The seven-time Pro Bowler is trying to win the second Super Bowl title of his lengthy career. His first, of course, came last season with the Bucs.

It has been a difficult season for fans to get a firm feel for which NFL teams are legitimate title contenders, but Tampa Bay certainly seems like it’s capable of challenging for the championship. The team is 6-3 currently, which is the best record in the NFC South.

The Bucs will hope to get a win on Monday against the Giants before potentially getting Brown back for their matchup with the Colts. Time will tell if the receiver can indeed play in that game.