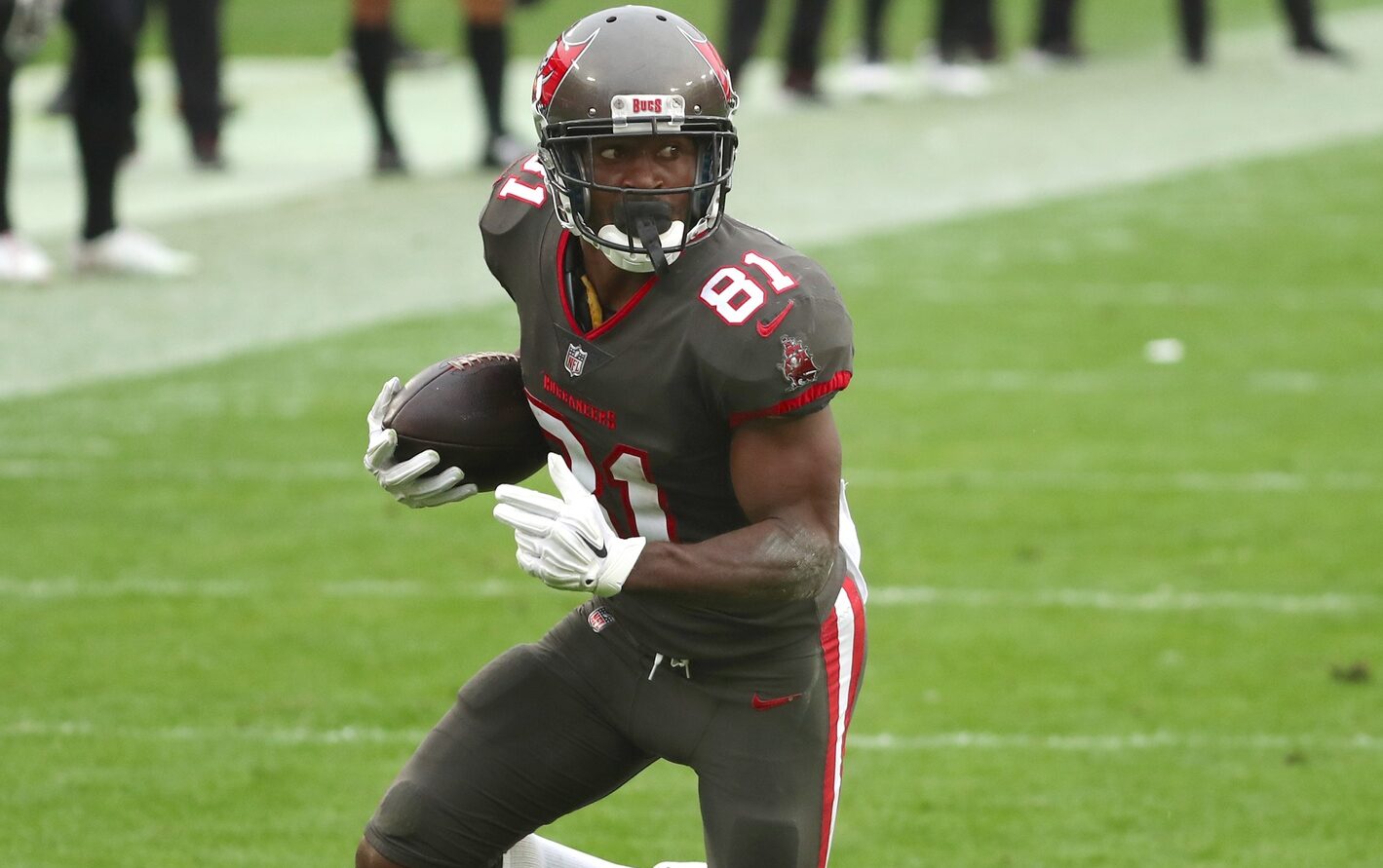 The Tampa Bay Buccaneers will be without star wide receiver Antonio Brown in the NFC Championship Game against the Green Bay Packers.

Bucs head coach Bruce Arians revealed that Brown will be unable to suit up as he deals with a knee injury.

Bucs coach Bruce Arians just said Antonio Brown will be OUT Sunday against the Packers.

The Bucs brought Brown in during the middle of the 2020 season, and he has helped open up their offense.

Brown finished the regular season with 45 catches for 483 yards and four touchdowns in just eight games.

Now, the Bucs will move forward with Mike Evans and Chris Godwin as Tom Brady’s top targets on the outside.

The Packers are the No. 1 seed in the NFC, but the Bucs beat them in their lone regular season matchup.