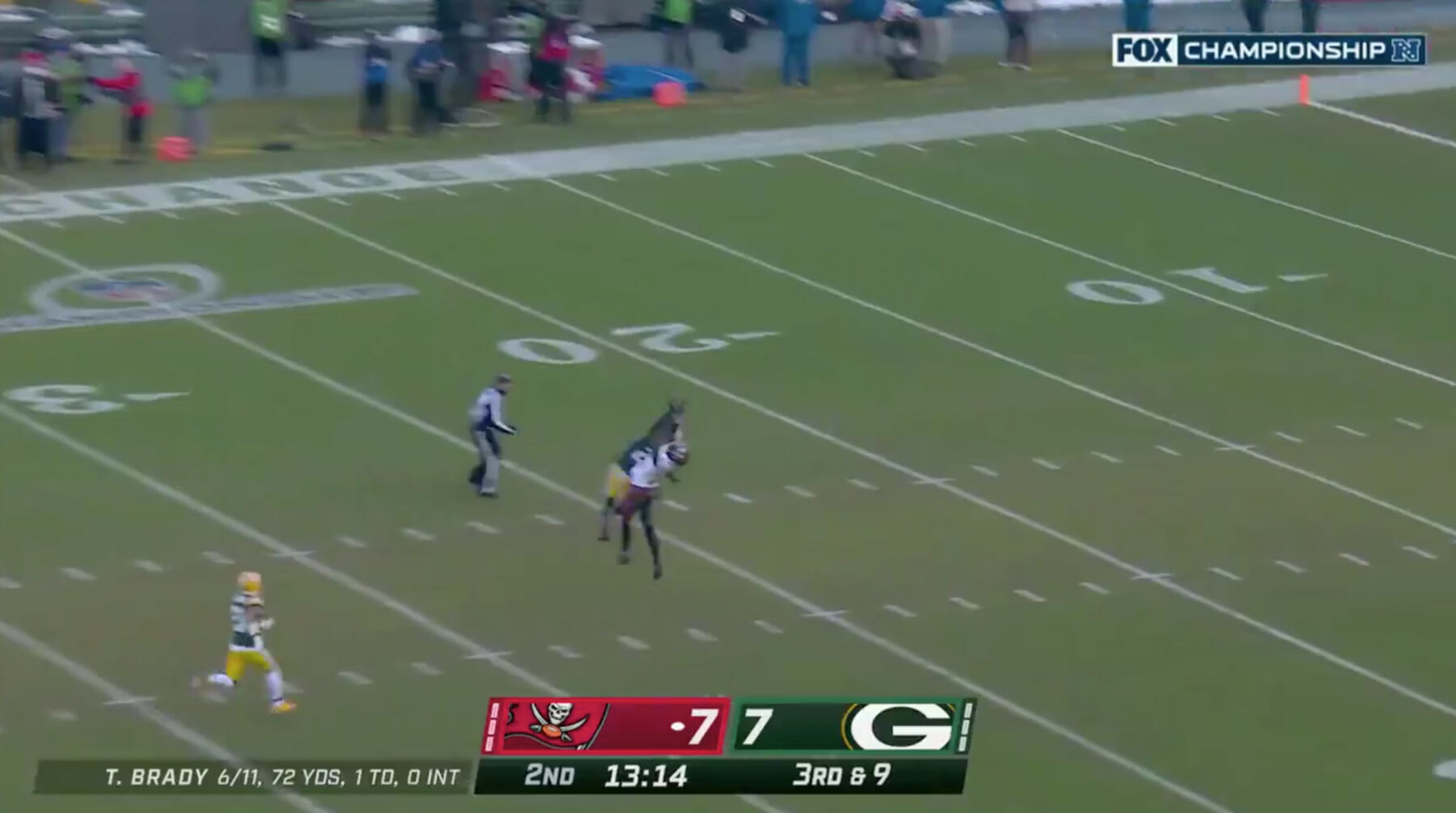 Tampa Bay Buccaneers wide receiver Chris Godwin made an incredible catch off a Tom Brady pass for a 52-yard gain that quickly led to a touchdown in Sunday’s NFC Championship Game.

Chris Godwin is not from this planet. 🤯 pic.twitter.com/Wl2wtsAR1x

The clutch play came on third down with the Buccaneers in a 7-7 tie with the Green Bay Packers early in the second quarter. On the very next play, Bucs running back Leonard Fournette delivered an impressive run to break the deadlock.

Brady had marched the Buccaneers down the field on their first drive, connecting with Mike Evans on the score, but the Packers knotted the score early in the second quarter.

In just over a quarter of action, the fireworks coming from both Buccaneers and Packers could make this a game that comes down to the final possession.