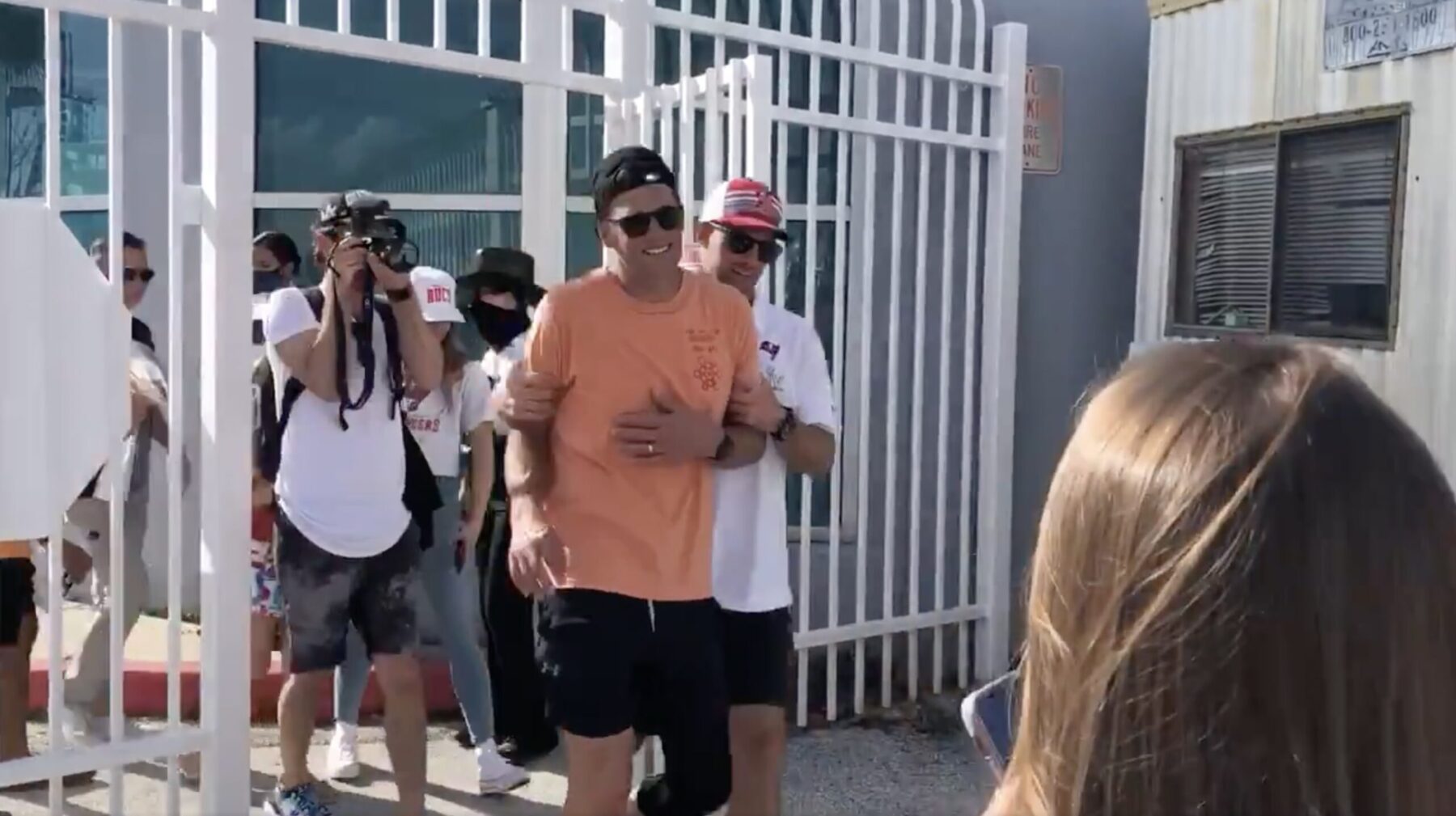 During the Wednesday celebration of the Tampa Bay Buccaneers’ second Super Bowl title, Tom Brady was intoxicated enough that he needed assistance in simply walking.

I guess his sea legs aren’t what they used to be… pic.twitter.com/44K42bWPMe

The 43-year-old Brady was named the Super Bowl MVP for the fifth time in his legendary career for his performance in the Buccaneers’ 31-9 victory over the Kansas City Chiefs on Sunday.

The victory by the Bucs came during Brady’s first season with the team after the future Hall of Famer had led the New England Patriots to six Super Bowl championships in 20 seasons.

While Brady will no doubt get ridiculed and probably criticized about his state of intoxication, it seems likely that the fans of the Buccaneers won’t mind his form of celebration.

Despite having played for 21 seasons in the NFL. Brady has given no hints that he plans to retire any time soon. Exactly how long he can continue to perform at such a high level is unknown, but his continued excellence is something to celebrate, either sober or drunk.