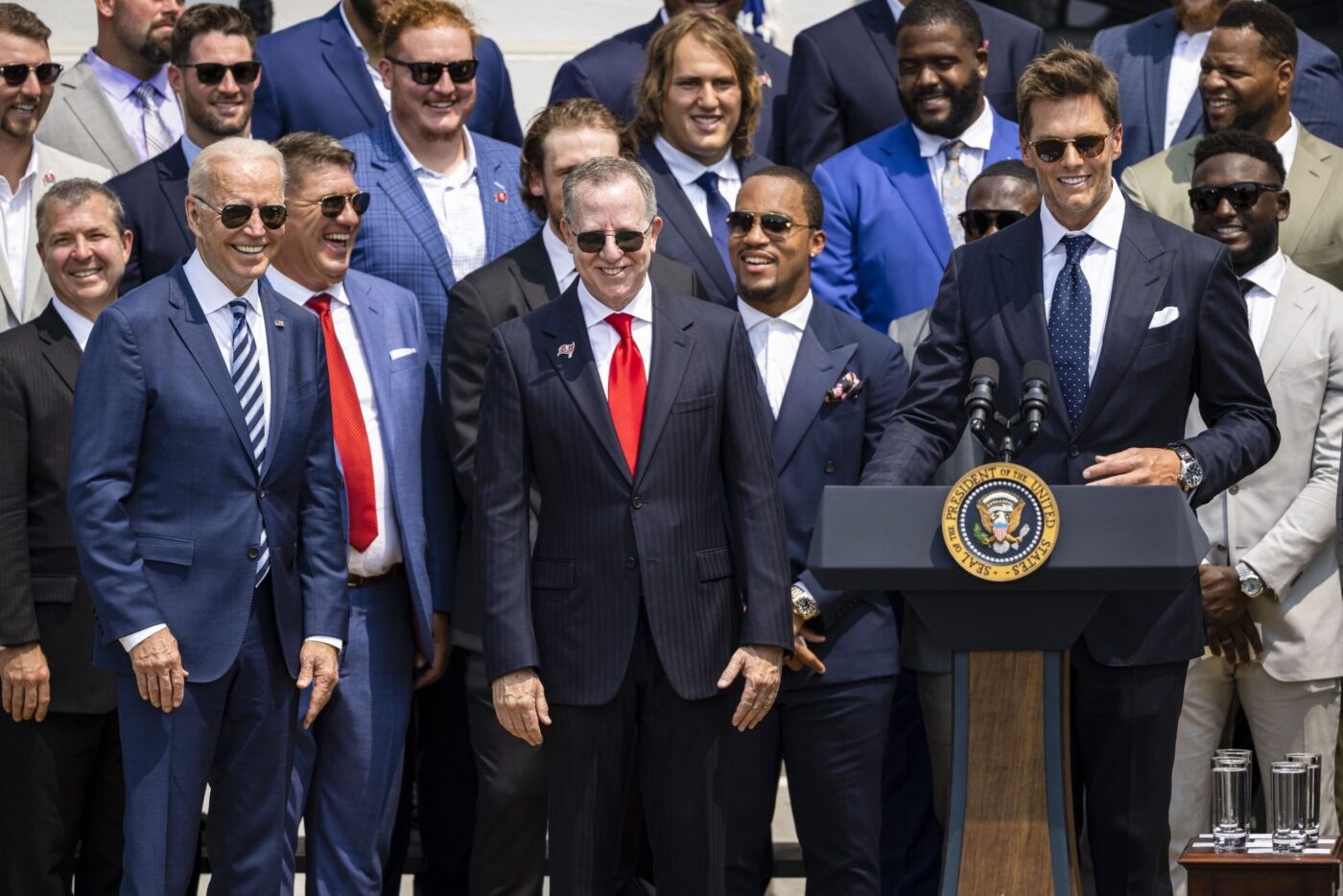 The Tampa Bay Buccaneers carried on the tradition of the Super Bowl champions visiting the White House on Tuesday morning.

President Joe Biden welcomed and honored the team for winning the title.

When it was Tom Brady’s turn at the podium, he took the chance to crack a joke about former president Donald Trump and his supporters.

Tom Brady: “Not a lot of people think that we could have won. And in fact, I think about 40% of the people still don't think we won. You understand that, Mr. President?” pic.twitter.com/ZWQ7dNFEmr

It was quite a storied run for Brady and the Buccaneers. After signing the quarterback to a two-year deal in the 2020 offseason, the team took a lot of time before it could come together. Halfway through the season, the Bucs were not considered to be serious title contenders.

But following a bye, the Buccaneers won four straight games to finish the season and earn a Wild Card playoffs berth. Tampa Bay then dominated in the playoffs and won the Super Bowl with relative ease.