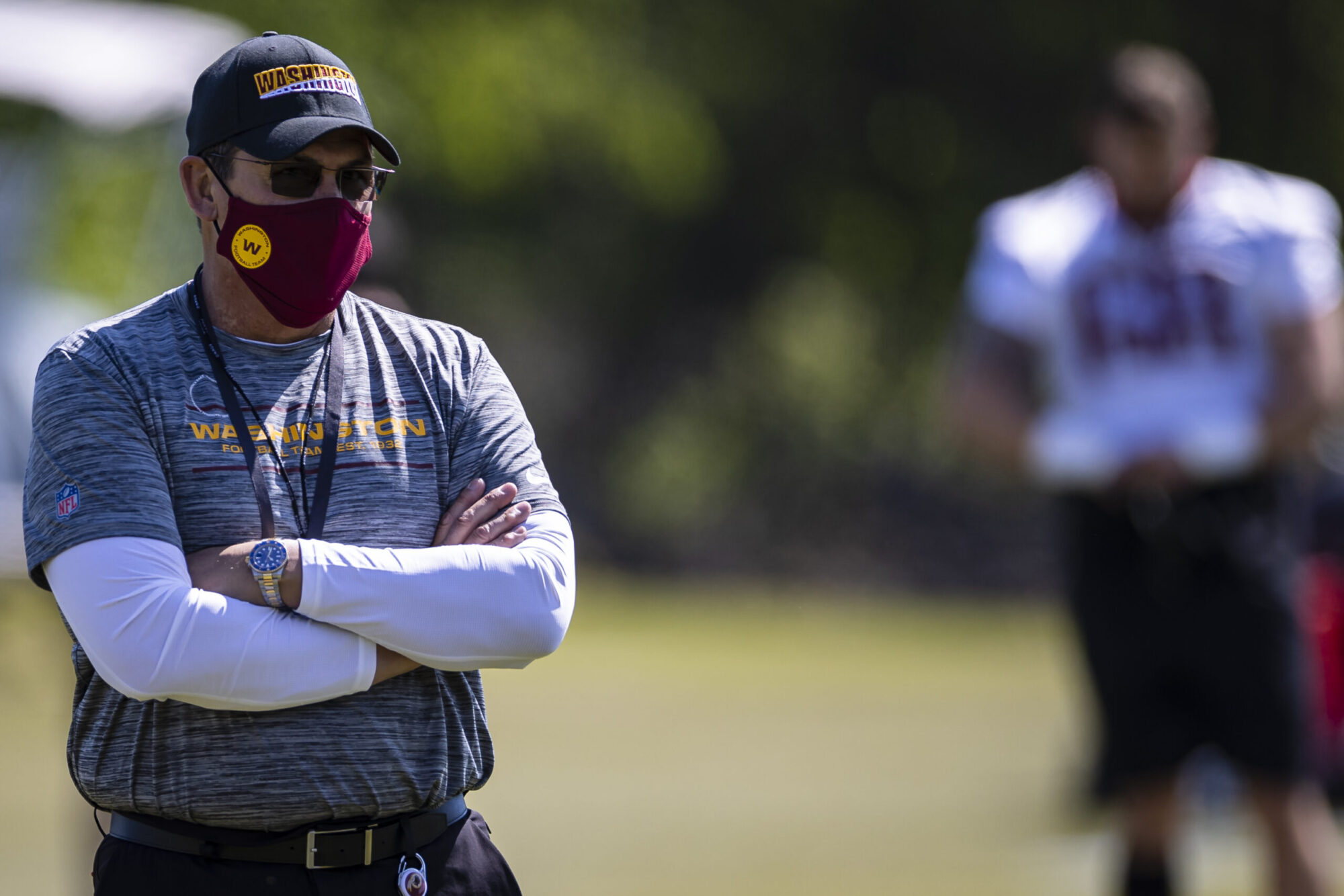 On Tuesday, Washington Football Team head coach Ron Rivera stated that he is “beyond frustrated” over the fact that so many of his players still remain unvaccinated against COVID-19.

Washington HC Ron Rivera told reporters that he's “beyond frustrated” that many players on the team are unvaccinated. Washington is near the bottom of the league at around 60%. Rivera says he’s immune deficient after his cancer last year and he hopes his players understand that.

While Rivera is rightfully concerned that the players’ unwillingness to get vaccinated could affect his own health, he’s also undoubtedly concerned about the potential ramifications of a COVID outbreak on the team.

In the latter case, that stems from the NFL’s recent directive that teams who experience an outbreak and force the cancellation of a game will have to forfeit that contest if the game is unable to be rescheduled.

In addition, should such cancellations occur, the team with the COVID outbreak will suffer severe financial penalties, including players not getting paid for that game and any others that have to be cancelled. The fact that the Washington Football Team’s vaccination rate is embarrassingly low makes them a more likely candidate to suffer that fate.

The NFL is also mandating that players this year who don’t get vaccinated will have to follow stringent rules, including daily testing, travel restrictions and mask-wearing. That’s in contrast to vaccinated players, who no longer have those burdens.

While Rivera has made his feelings known on the issue, Washington’s vaccination rate may not end up improving until teammates of the unvaccinated players make their own case for helping the team through this simple action.