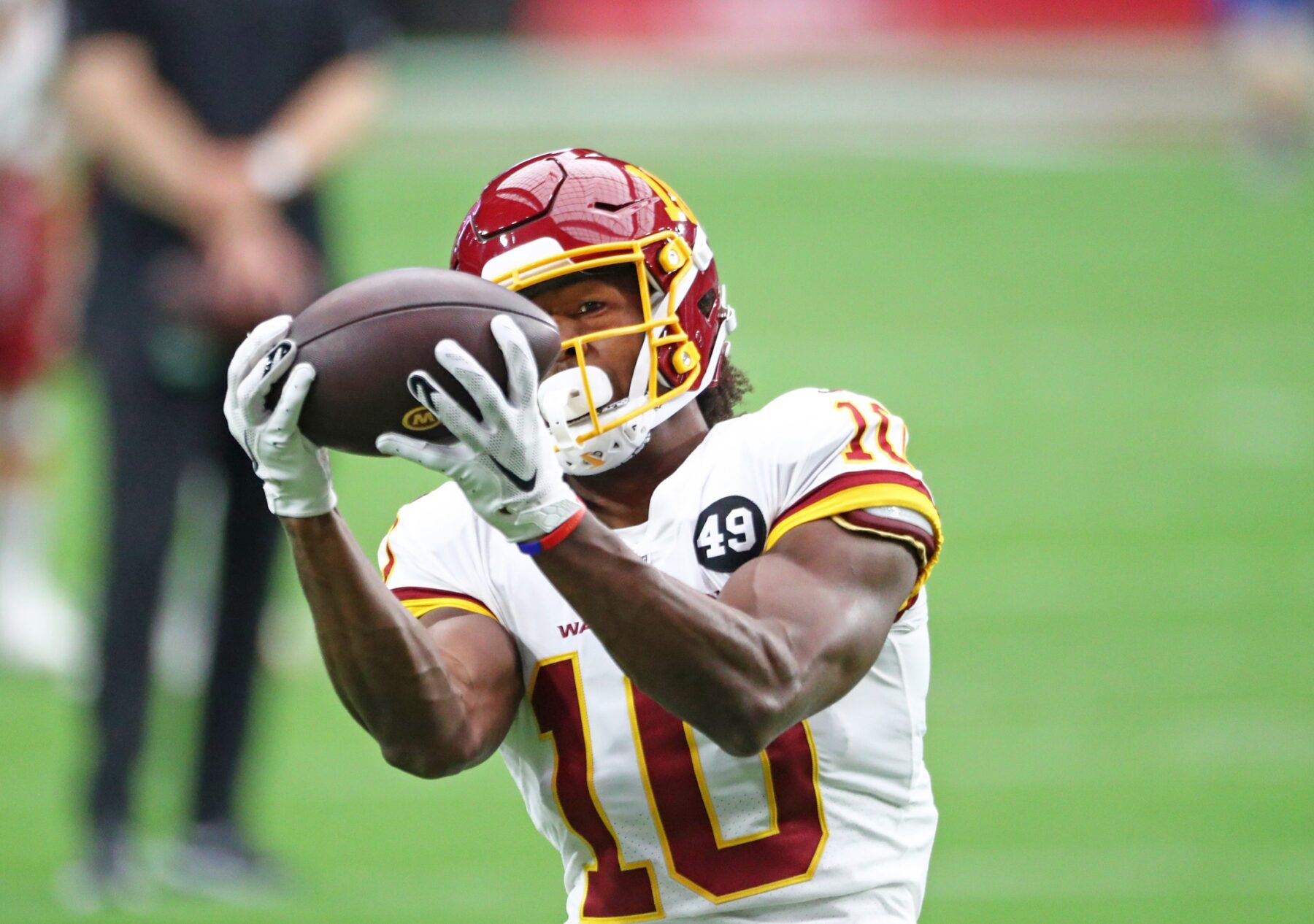 The Washington Football Team is releasing WR Dontrelle Inman, source said, to activate WR Antonio Gandy-Golden off Injured Reserve. Inman could be a veteran addition down the stretch off waivers.

Gandy-Golden, a fourth-round pick of Washington back in April, was put on the injured reserve list due to an injured hamstring in October.

Prior to that time, he had seen limited action, catching one pass for three yards and running the ball once for 22 yards. The rookie has seen action in a total of five games this season, starting two of those contests.

Despite that minimal production, Washington is still hoping to see him blossom into a standout performer with more on-field action.

The 6-foot-4 Gandy-Golden played collegiately at Liberty University, playing two seasons at the school. He put up major numbers, which undoubtedly helped his draft status jump.

Despite the Redskins’ 6-8 record, they lead the weak NFC East by a game over the Dallas Cowboys and New York Giants, with just two games left in the regular season.

Washington had been on a four-game winning streak prior to last week’s loss to the Seattle Seahawks. They hope to get back on winning track at home against the Carolina Panthers, followed by a road clash next week against the Philadelphia Eagles.