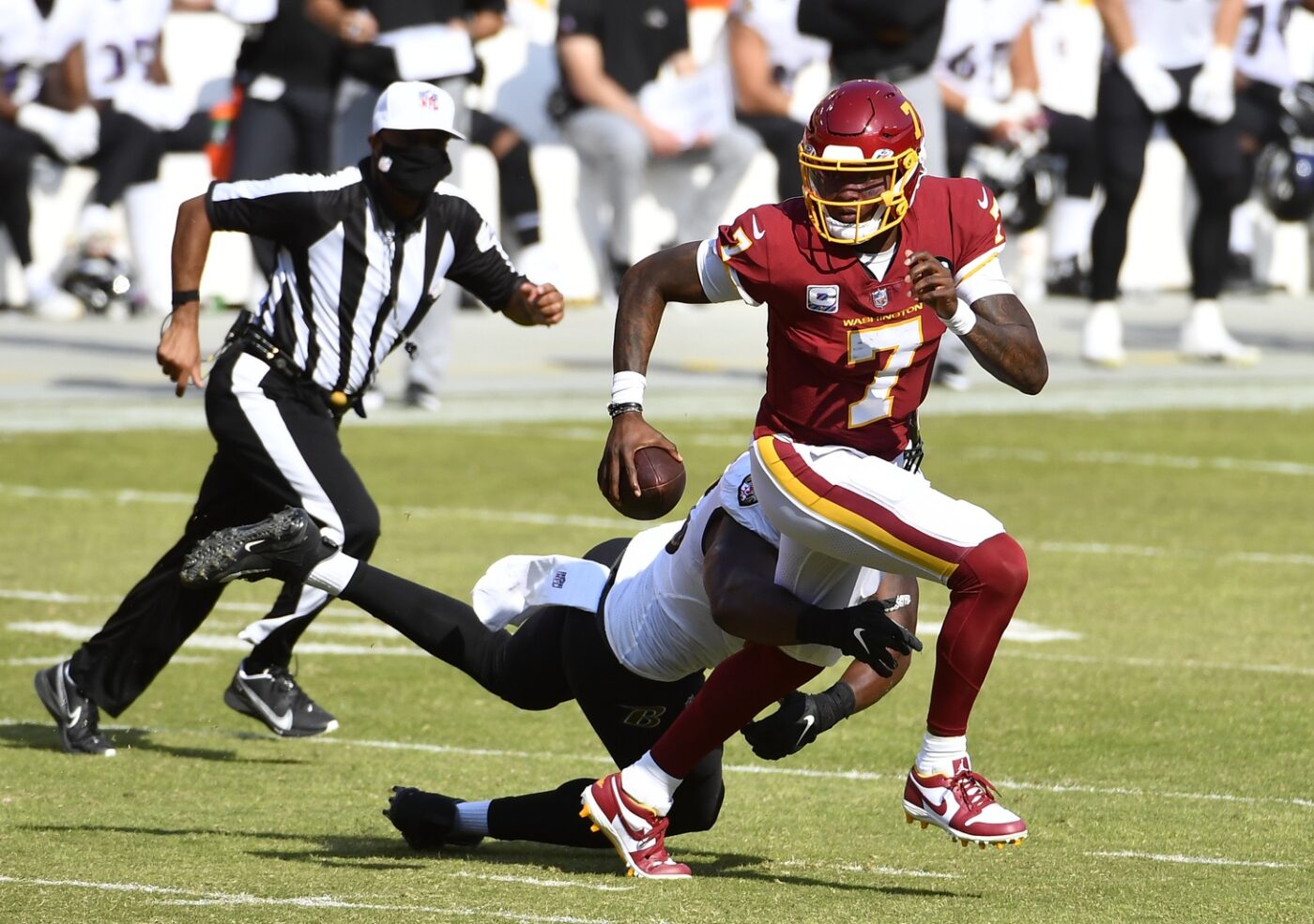 Haskins, who was taken with the No. 15 overall pick in the 2019 NFL Draft, was benched this season in favor of Kyle Allen.

Washington reportedly will listen if it believes that there is an offer that is acceptable for Haskins.

The Ohio State University product has not fared well through his first two NFL seasons.

In 2019, Haskins appeared in nine games, starting seven. He went 2-5 as a starter but threw just seven touchdowns to seven interceptions last season.

Washington brought in a new head coach in Ron Rivera this season, and Haskins was unable to maintain the job despite winning it out of training camp.

This year, Haskins completed 61 percent of his passes for 939 yards, four touchdowns and three interceptions.

Washington went 1-3 in his four starts before he was benched for Allen.

It seems that the young quarterback’s future with the franchise is murky despite being drafted so high in 2019.

The NFL is approaching its trade deadline on Tuesday. If Haskins isn’t dealt by the 4 p.m. EST on Tuesday, he will remain in Washington for the 2020 season, unless he is released.