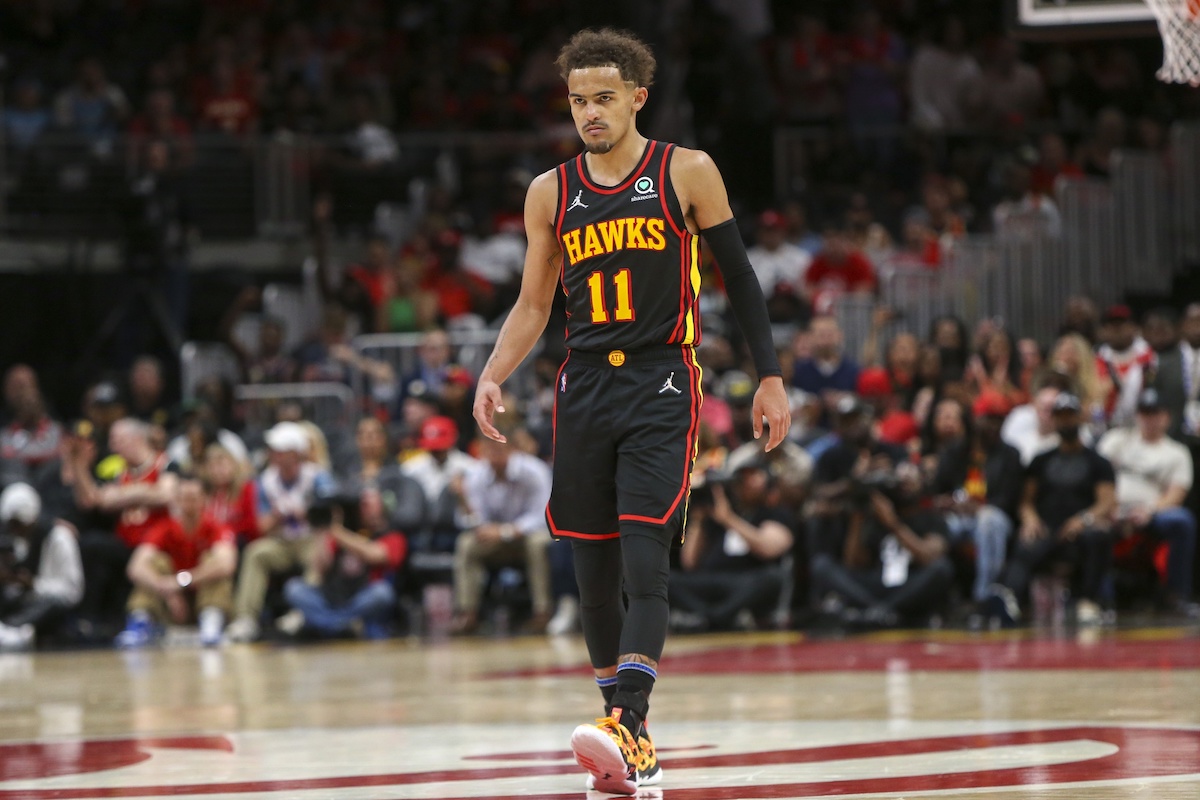 The 23-year-old Young and his fiancée, Shelby Miller, announced that they our now parents to a beautiful baby.

The birth of Young’s child is likely the happiest moment of his life and overshadows some recent downturns.

Young’s Hawks were eliminated earlier this postseason by the Miami Heat in five games in the first round of the 2022 playoffs.

Although the Hawks had a deep playoff run last year, they were overwhelmed by the Heat’s toughness and depth. In fact, Young complained that the referees allowed the Heat to get away with physical play during the series.

The Heat clobbered the University of Oklahoma product. In the five-game series, Young averaged just 15.4 points, 6.0 assists and 5.0 boards per game.

In comparison, Young averaged 28.8 points, 9.5 assists and 2.8 boards per contest during the 2021 playoffs. The Hawks lost to the defending champion Milwaukee Bucks in the 2021 Eastern Conference Finals.

Some people within the Hawks’ organization were reportedly worried that the players were overconfident coming into the 2021-22 regular season after going deep in the 2021 playoffs. It appears those apprehensions were spot on.

The Hawks, who concluded the regular season with a 43-39 record, barely made the 2022 playoffs as they squeezed through the play-in tournament before matching up with Miami.

Young, who was selected with the No. 5 pick in the 2018 NBA Draft, signed a five-year extension worth over $200 million with Hawks last year. The two-time All-Star has plenty of things to be elated about in his young life thus far.