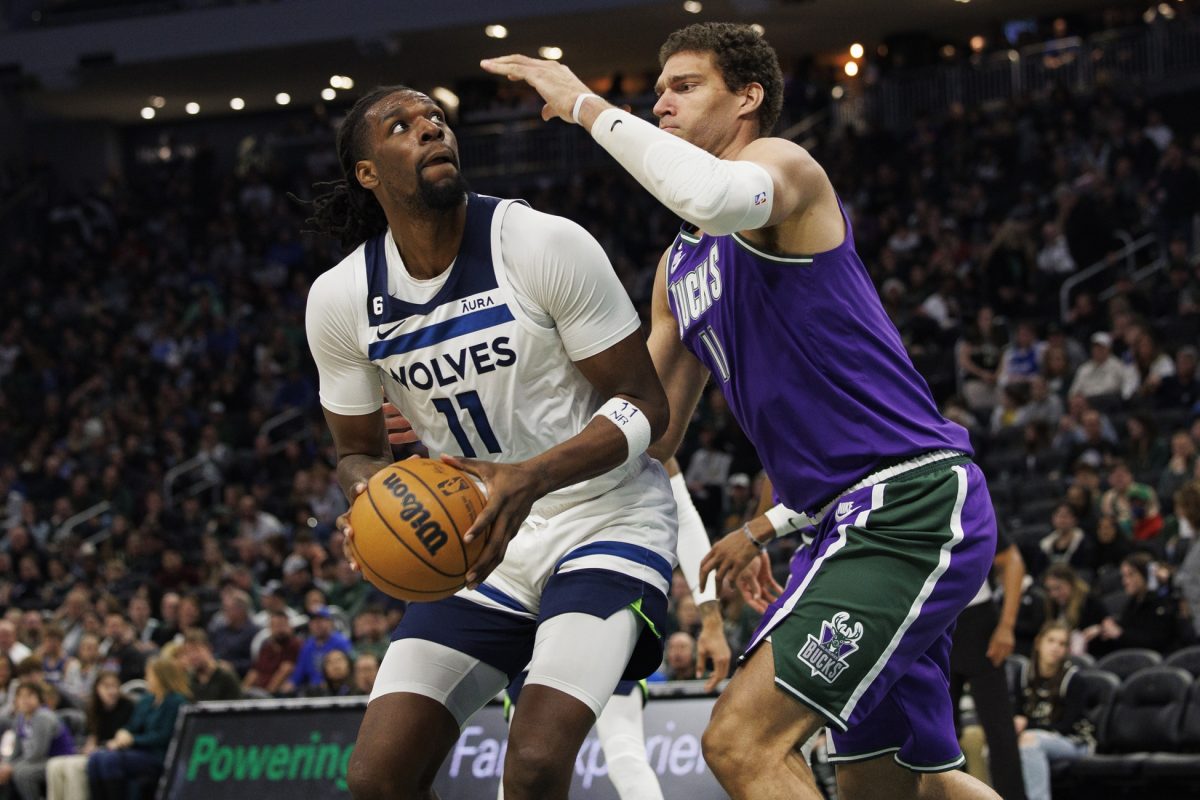 Due to some uncertainty regarding Naz Reid’s future with the Minnesota Timberwolves, teams across the league have started to express some interest in him.

The Brooklyn Nets are reportedly the latest team to throw their hat in the ring in the chase for the talented big man.

From Kevin O'Connor of The Ringer:
"Michael Scotto reported on Monday T'wolves C Naz Reid has drawn interest from Clippers and Nuggets. I’ve heard from league sources that Nets have also inquired about Reid, so there would be competition for him if Minnesota chose to move him."

The Nets are one of the league’s worst rebounding teams, so they might be looking for some more size in the frontcourt. Reid is currently recording 10.2 points and 4.8 rebounds in 17.9 minutes per contest for the Wolves this season.

He’s set to become an unrestricted free agent this offseason, so Minnesota might look to trade him and get some assets in return instead of possibly lose him for nothing in the summer.

The Miami Heat are another team that has expressed interest in acquiring Reid. The Louisiana State University product would be a solid addition to any team, as he can score the ball in plenty of ways, including from beyond the arc (34.0 percent shooter from 3-point range for his career), and has improved his touch around the basket since entering the league in 2019.

Despite being in fourth place in the Eastern Conference right now, it seems like the Nets aren’t entirely happy. The team has righted the ship a bit after going through a four-game losing streak in Kevin Durant’s absence. It is now just one game back of the Philadelphia 76ers for second place in the East.

Plenty of people thought the Nets wouldn’t do much this season due to the off-court drama they endured in the offseason regarding Durant’s trade request.

At one point earlier this season, it seemed like those people were right to doubt the Nets as they started out 2-5 and parted ways with former head coach Steve Nash.

However, the team has gone 27-12 under Jacque Vaughn, who was initially named interim head coach and has since earned the full-time job.

The Nets will look to continue stacking together wins before the league pauses for the annual All-Star Game. The team will also be on the lookout for a potential Durant return, with an update on the 12-time All-Star expected to come on Tuesday.

Brooklyn is set to face off against the 76ers on Wednesday night in what’s sure to be a very exciting matchup.