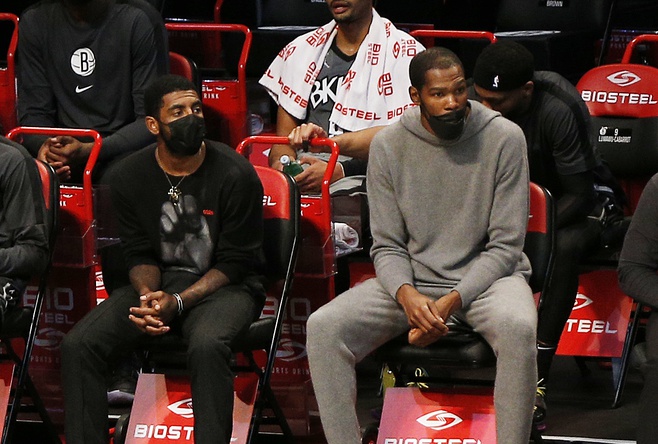 The Brooklyn Nets guard has been all over the media this past week, as he is taking time away from the team for personal reasons.

However, the NBA reportedly is investigating Irving after videos surfaced of him maskless at a party.

Now, it seems that the issue between Irving and the Nets may be bigger.

It has been reported that Irving is “furious” with his lack of involvement in the Nets’ head coaching search that led to the hiring of Steve Nash.

In addition to that, his relationship with Kevin Durant reportedly has been “distant.”

I’m told he’s been “furious” at the organization for some time for not giving him more input on the head coach hiring.

He was not in favor of Steve Nash.

Also, his relationship with Kevin Durant has been described as “very distant” recently. https://t.co/MS4yvW4x2J

The Nets reportedly haven’t been happy with Irving’s actions, but they may have found a backup plan today.

Brooklyn reportedly acquired superstar James Harden in a multi-team deal. The deal gives Durant another star to play with if Irving doesn’t return to the team soon.

There reportedly is “real concern” among people close to Irving. The Athletic’s Joe Vardon explained that people are trying to get to the bottom of the issue around the All-Star guard, but it has not been an easy task.