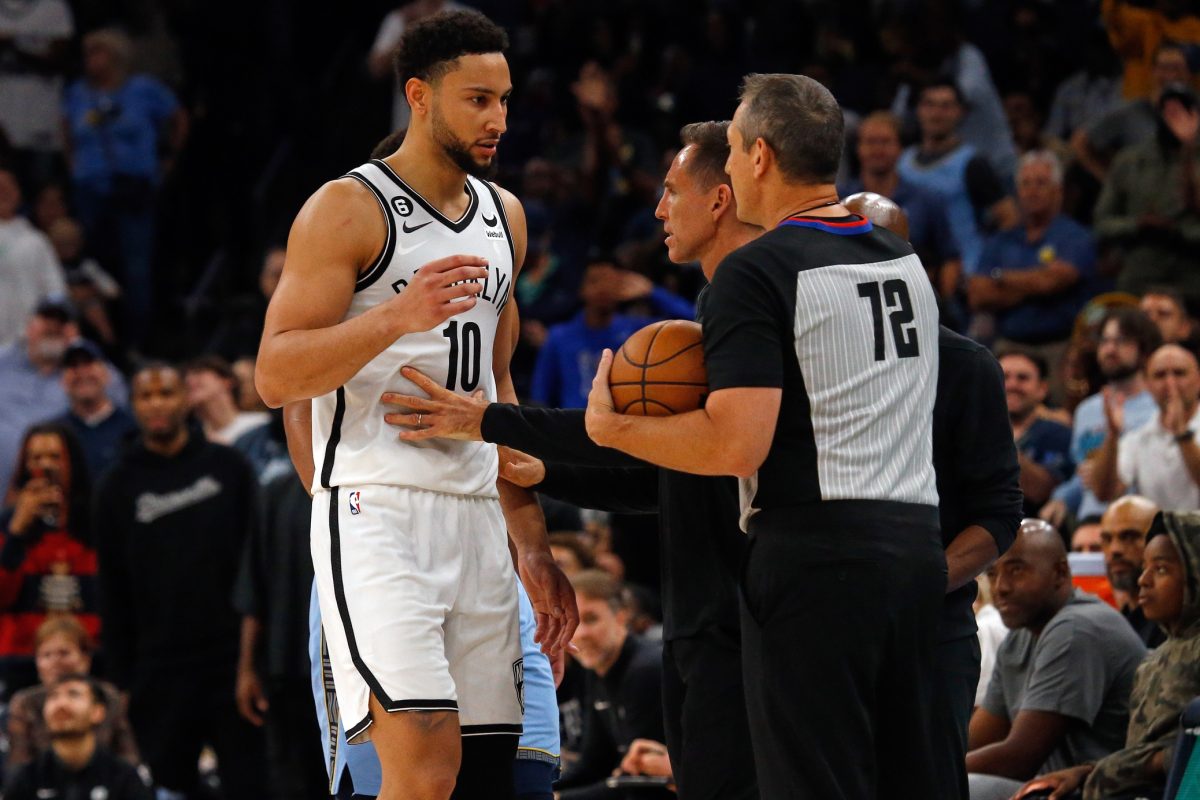 A new report indicated that one NBA scout believes Brooklyn Nets guard Ben Simmons is content to head to the bench when he encounters foul trouble.

Brian Windhorst spoke with an unnamed scout and was told that Simmons’ enthusiasm appears to be lacking in the early part of the new season.

“He had a devastating comment to me about what he’s seen with Ben,” Windhorst said of the scout. “He said when he gets taken out of these games in foul trouble, because he’s constantly in foul trouble, it doesn’t upset him. That he, in this scout’s opinion, he is happy to come off the floor.”

Simmons missed all of last season because of a combination of injuries and apparent mental health issues. In the midst of his time off the court, he was dealt from the Philadelphia 76ers to the Nets.

In his last season with the 76ers, Simmons was the target of some heated criticism for his play. Most notably, his willingness to pass up a dunk in Game 7 of the Sixers’ 2021 playoff series against the Atlanta Hawks resulted in attacks on his character.

During the past offseason, Simmons delivered some criticism of his own by attacking Hall of Famer Shaquille O’Neal. In that instance, Simmons claimed that O’Neal’s public willingness to help him wasn’t genuine.

The Nets have gotten off to a slow start this season, dropping four of their first five contests. Simmons has started all five of those contests, but is continuing to get acclimated to the court after his lengthy absence.

Simmons is currently averaging 6.8 assists and 6.2 rebounds per game, though he’s only contributing 5.6 points per contest. On the defensive side, he’s averaging 1.2 steals per game.

However, the comments concerning his foul issues are connected to his fouling out in two of the Nets’ first three games. In each of the team’s last two contests, he’s been whistled four times for fouls.

Simmons’ penchant for picking up fouls has already caught the attention of teammate Kyrie Irving. After Simmons fouled out in the Nets opener, Irving pointed to Simmons’ value to the team as a reason why he should work to curb the problem.

Getting inside the head of Simmons is a challenge for anyone, with the scout’s opinion being only one assessment.

Yet, how well Simmons does in the weeks and months ahead could have a major impact on how the Nets navigate their season. That means that his motivation level may undergo some closer scrutiny in the near future.