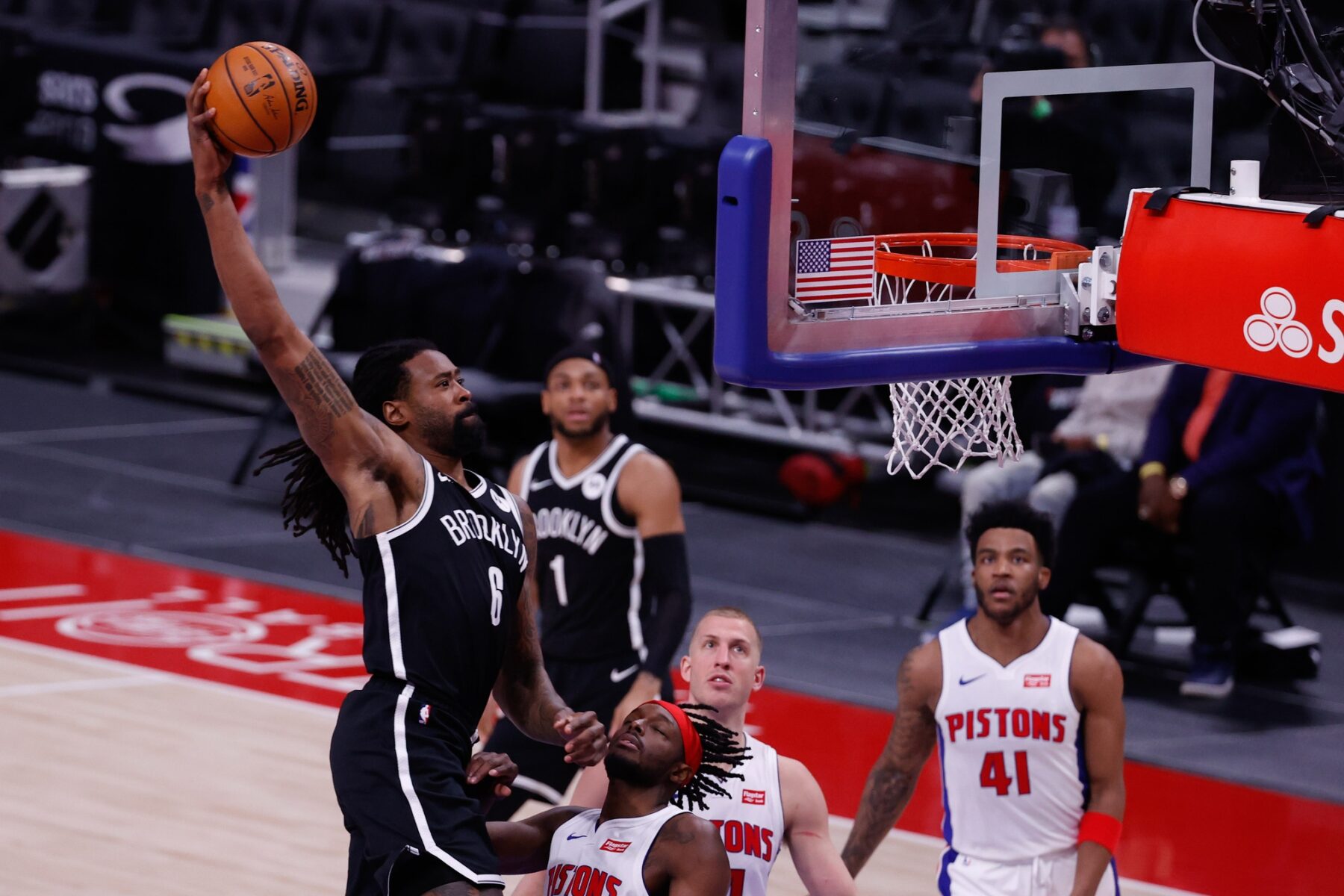 DeAndre Jordan may be an important component of the Brooklyn Nets’ success this season, but he may be phased out in the near future.

Shams Charania says that LaMarcuss Aldridge will compete for "significant minutes in the center position" as the Nets potentially "transition away from DeAndre Jordan."

Shams says the are moving towards of frontocurt consisting of KD, Griffin, Aldridge and Claxton.

The Nets acquired former All-Star big man LaMarcus Aldridge just days ago off the buyout market. He was strongly linked to the Miami Heat but opted for the New York metro area over the warmth and sunshine of South Florida.

As presently constituted, the Nets have arguably the NBA’s most talented team on paper. How all that talent will mesh in real life come playoff time remains to be seen.

Jordan was once one of the league’s best centers, but as the pace of the NBA game has dramatically quickened and the 3-point shot has become even more prominent, his game is starting to seem outdated.

Plus, at age 32, he is not quite the consistent force he used to be.

One thing that needs to be kept in mind is that Steve Nash is the Nets’ head coach and that Mike D’Antoni, Nash’s former head coach with the Phoenix Suns, is now his top assistant.

Both love an up-tempo offense perimeter players who can hit the 3-point shot, and neither favors the utilization of a traditional in-the-paint center such as Jordan.